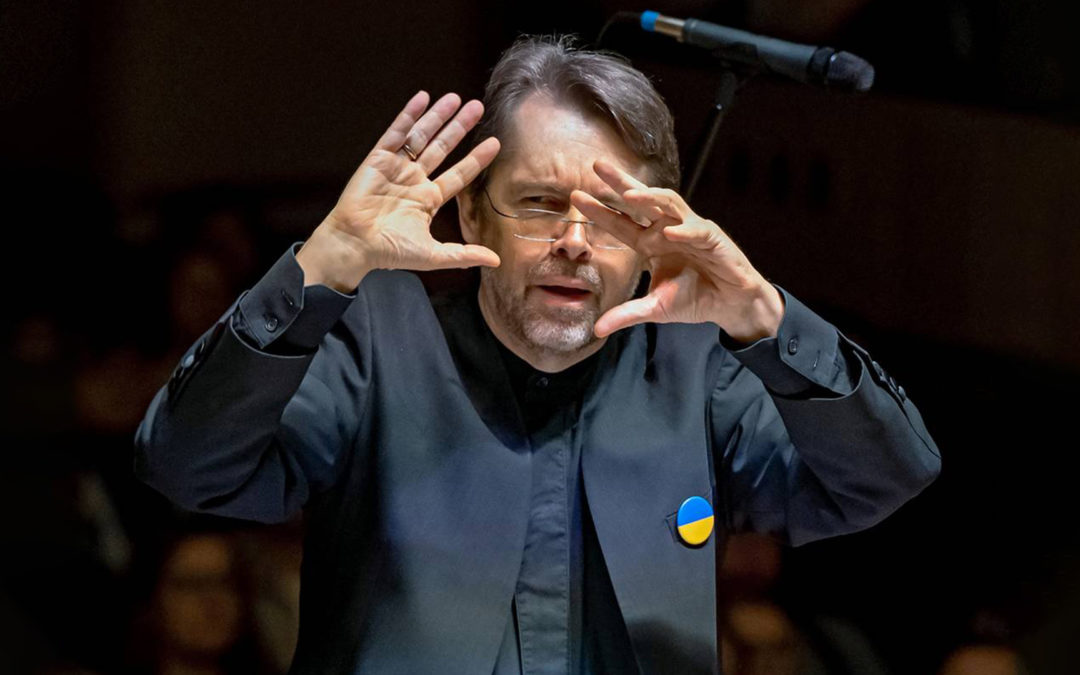 A popular guest conductor of Prague Symphony Orchestra, Andrey Boreyko’s performances last week in Prague and Linz have garnered some wonderful reviews. The concerts featured Karłowicz’s A Sorrowful Tale, Prokofiev’s Piano Concerto No. 2 with Yulianna Avdeeva, Kabelac’s The Mystery of Time: Passacaglia for Large Orchestra, and Scriabin’s Prometheus: The Poem of Fire.

“The Prague Symphony Orchestra, conducted by Andrey Boreyko, delighted the audience at Linz Brucknerhaus’ major subscription series on Tuesday. Andrey Boreyko unleashed all the registers of the orchestra with a button of the Ukrainian flag on his lapel.” – Nachrichten.at

“The concert of the Prague Symphony under the baton of Andrey Boreyko in the Municipal House on January 11 could not leave anyone cold…Andrey Boreyko drew well-balanced sounds without a baton, which allowed him to more directly convey his desired expression to the players…Karłowicz’s composition thus received a very solid interpretation…a masterly performance by Prague Symphony and Prague Philharmonic Choir under the direction of Andrey Boreyko is one which will not be forgotten.” – OperaPluz.cz

“The Prague audience undoubtedly experienced one of the truly extraordinary concerts, which can be classified as one of the most dramaturgically daring and at the same time the most interesting of the entire season…Conductor Boreyko controlled the tempi and dynamics well, and thus the more dramatic middle part was gradually achieved.” – KlasikaPlus.cz