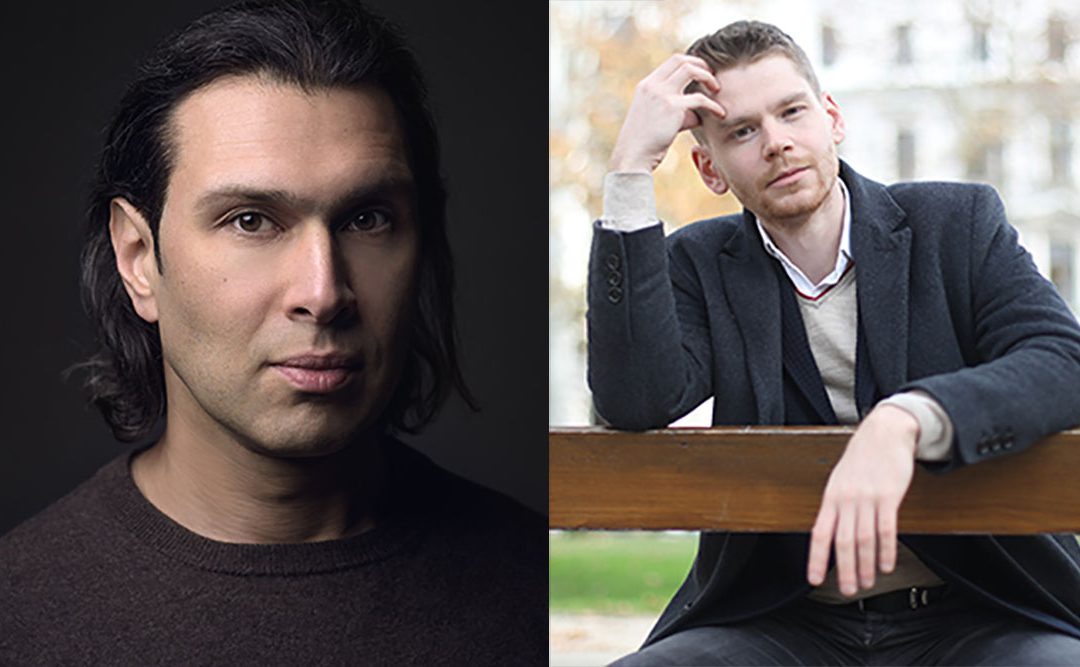 Conductor Vladimir Jurowski and pianist Andrey Gugnin will perform at the Another Space: 7th International Festival, which runs from 17 – 22 November. Jurowski returns to helm Russia’s premiere contemporary classical music festival, hosted by the Moscow Philharmonic Society, as its Artistic Director. The concerts will be streamed live on meloman.ru and broadcast in Russia on MSK.

At 22:30, Maestro Jurowski conducts Musica Viva, conductor and cellist Alexander Rudin, celeste and harpsichordist Yuri Martynov in a concert featuring the world premiere of Manotskov’ Presence No. 2 for Strings, his Canon in D for Strings, and Silvestrov’s “Meditation”, Symphony for Violoncello and Chamber Orchestra. The broadcast and stream will be hosted by Yaroslav Timofeev

The following evening at 19:00, Jurowski returns to the podium to conduct the Svetlanov Symphony Orchestra and soloists violinist Elena Revich and pianist Yury Favorin in a programme that features the world premieres of Retinsky’s C-Dur for Strings and Rayeva’s “The tender wind of Elysium” for Violin and Orchestra. The programme also includes Nikodijevic’s gesualdo dub / raum mit gelöschter Figur for Piano and 17 Instruments, Tarnopolsky’s “Foucault’s pendulum” for Chamber Orchestra and Vustin’s Hommage à Beethoven for Percussion and Chamber Orchestra. The broadcast and stream will be hosted by Rauf Farkhadov

One of today’s most sought-after conductors, acclaimed worldwide for his incisive musicianship and adventurous artistic commitment, Vladimir Jurowski was born in Moscow in 1972, and completed the first part of his musical studies at the Music College of the Moscow Conservatory. In 1990 he relocated with his family to Germany, continuing his studies at the Musikhochschule of Dresden and Berlin, studying conducting with Rolf Reuter and vocal coaching with Semion Skigin. In 1995 he made his international debut at the Wexford Festival conducting Rimsky-Korsakov’s May Night, and the same year saw his debut at the Royal Opera House Covent Garden with Nabucco.

Moscow-born concert pianist Andrey Gugnin is rapidly gaining international acclaim as a passionately virtuosic performer, who possesses an “extraordinarily versatile and agile technique, which serves an often inspired musical imagination” (Gramophone). Increasingly in demand as a concerto soloist, Gugnin has been invited to perform as a guest artist with notable orchestras worldwide, such as the London Philharmonic Orchestra, the Mariinsky Symphony Orchestra, the State Academic Symphony Orchestra of Russia, the Netherlands Symphony Orchestra, Utah Symphony, West Australian Symphony Orchestra and the Sydney Symphony, and has performed under the distinguished batons of Maestro Valery Gergiev, Jaap Van Zweden, Reinbert de Leeuw, Daniel Raiskin, Stanislav Kochanovsky and Asher Fisch. He has also collaborated in a more chamber context with the Asko Schönberg ensemble, Orchestre de Chambre de Genève, Jerusalem Camerata and Camerata Salzburg and on several occasions as the duo partner of violinist Tasmin Little.