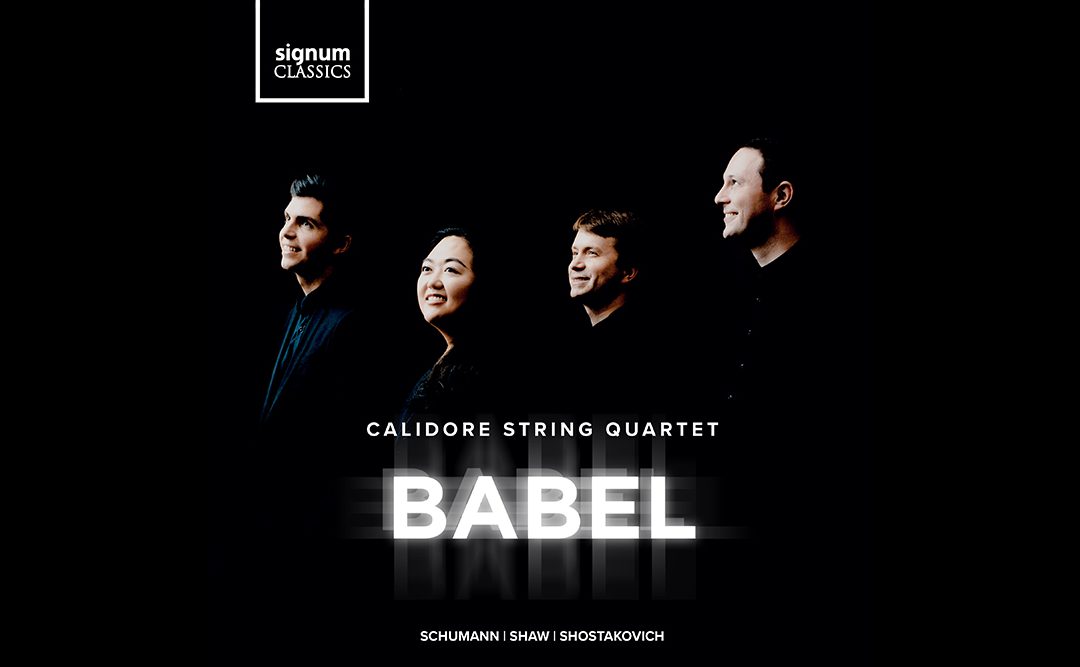 Signum writes: “The acclaimed American string quartet, Calidore String Quartet, explores the visceral forms of expression that exist at the intersection of music and language. For this recording the Calidore String Quartet gathered music which transmits ideas by imitating language; its rhythms, cadences and intentions. But it also explores what happens when music substitutes for language. When it fills the void of forbidden speech or even how it carries on when language has been exhausted.

“The Calidore String Quartet has been praised by The New York Times for its ‘deep reserves of virtuosity and irrepressible dramatic instinct’ and the Los Angeles Times for its balance of ‘intellect and expression.’ Recipient of a 2018 Avery Fisher Career Grant and a 2017 Lincoln Center Award for Emerging Artists, the Calidore String Quartet first made international headlines as winner of the inaugural $100,000 Grand Prize of the 2016 M-Prize Chamber Arts Competition. The quartet was the first North American ensemble to win the Borletti-Buitoni Trust Fellowship, a BBC Radio 3 New Generation Artist, and is currently in residence with the Chamber Music Society of Lincoln Center’s Bowers Program (formerly CMS Two).”