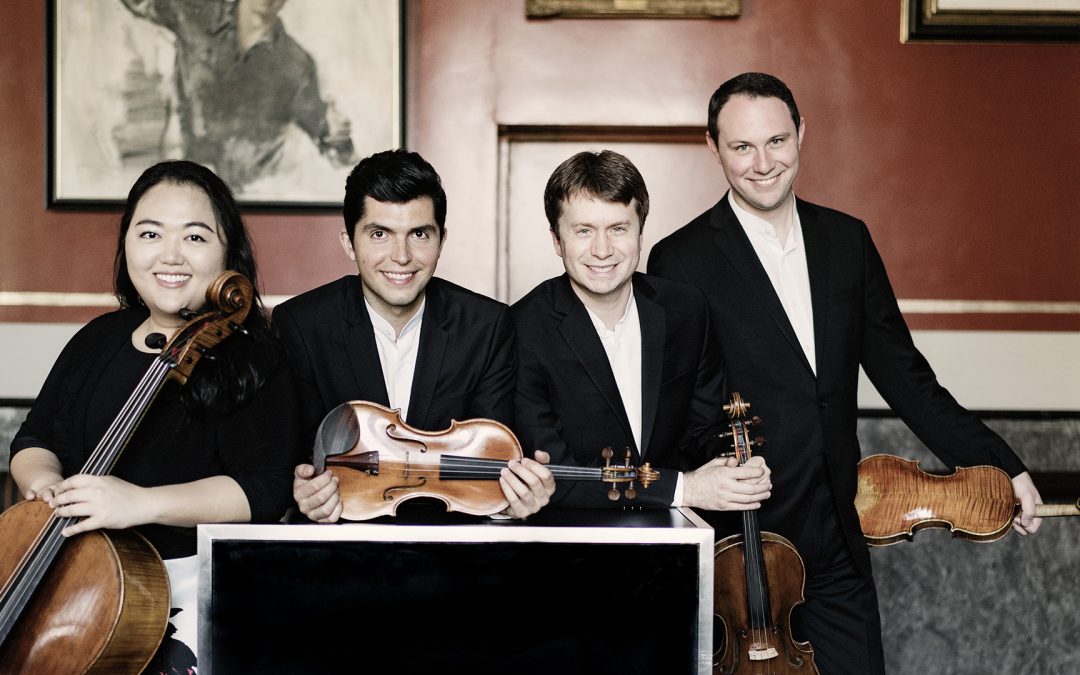 The Calidore String Quartet will perform the world premiere of Anna Clyne’s Breathing Statues as part of a program entitled “The Great Fugues” at Princeton University on February 20, 2020. Clyne’s work is inspired in part by Rainer Maria Rilke’s poem On Music, as well as Beethoven’s String Quartets No. 13 Op. 130, No. 16 Op. 135, and “Grosse Fuge” Op. 133. The String Quartet No. 13, played with the “Grosse Fuge” serving as the final movement, will also be on the program, along with Haydn’s String Quartet in C Major, Op. 20, No. 2.

The Calidore will subsequently perform Breathing Statues on three occasions over the coming months: in Cambridge, Massachusetts, on March 4, in Pennsylvania on April 7, and at Lincoln Center, New York, on April 30. In between, the Calidore completes an extended series of concerts across the United States and Canada, performing music by Beethoven, Bartok, and Schubert.

For tickets and more information on the Princeton concert, please visit: www.princetonuniversityconcerts.org