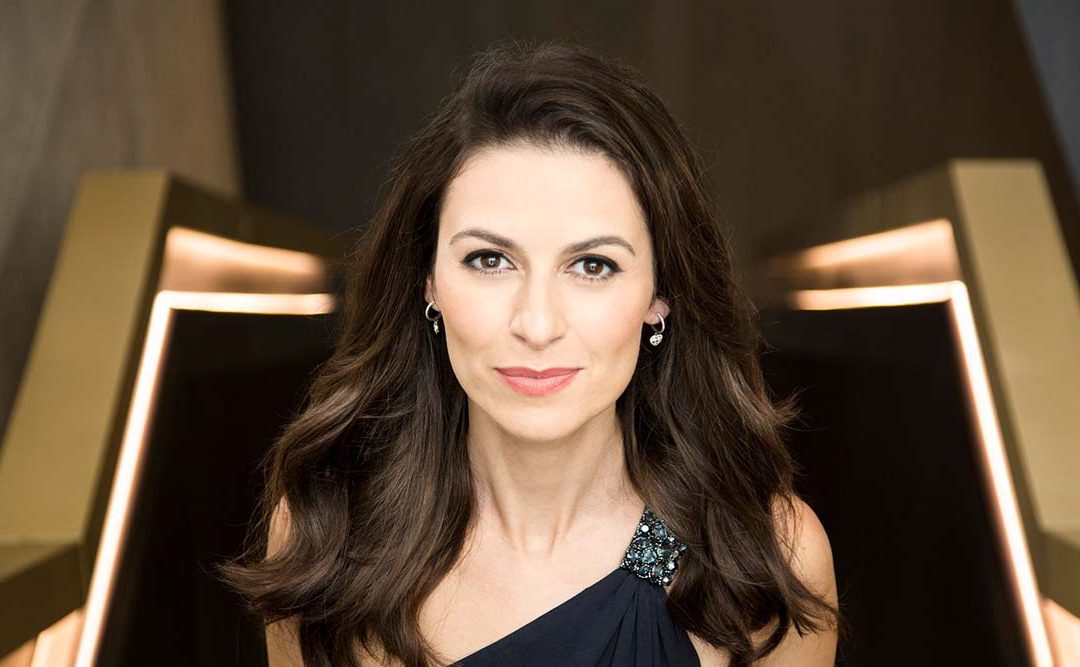 Soprano Chen Reiss managed to complete five of the planned six performances as Mozart’s Zaide at the Teatro dell’Opera di Roma before new regulations forced theatres across Italy to close again last weekend. Earlier in the year it looked as if her scheduled debut with the company would fall victim to COVID-19, but the originally planned title of Stravinsky’s ‘The Rake’s Progress’ in which she would have debuted the role of Ann Truelove was replaced with Graham Vick’s staging of Mozart’s unfinished singspiel, in a fascinating, metatheatrical rendering from legendary Italian write Italo Calvino, which framed Mozart’s music with a narrator (played by Italian actor Remo Girone) highlighting the ambiguities of the incomplete work by creating several possible storylines to substitute for the lost libretto.

Reiss learned the title role, of the sultan’s favourite, at short notice, and made a memorable impression on the Roman audiences:

“Chen Reiss, the Israeli soprano, played the part of Zaide wonderfully, presenting at the same time a determined woman, aware of herself and her being a woman, but also sweet and loving. The poignant lullaby ‘Ruhe sanft, mein holdes Leben’ was the high-point of the evening, a real pleasure for the ears.” (Culturamente )

“Chen Reiss was unforgettable, for stage presence but above all for her vocal skills perfect for the character of Zaide, the girl trapped by the sultan […] Chen Reiss, who possesses a sweet voice and a soft timbre even in the most difficult intervals of the passages that Mozart writes for the young woman, conveyed with great delicacy the simplicity of her character.” (Ierioggiodomanio Opera)

“Chen Reiss, in the role of Zaide, colors all the shades of her character’s hesitation, first choosing her lover, then withdrawing, and finally seducing him to flee to freedom.” (Le Salon Musical)

“Chen Reiss imbued the role of Zaide with both tenderness and strength… building up to the second act aria which [she] sang with precise and composed gentleness.” (Bachtrack)

“The musical execution of this Roman recovery was very fine. It would be difficult to choose between Chen Reiss (Zaide), Juan Francisco Gatell (Gomatz) or Markus Werba (Allazim), since they were all perfect in their roles.” (Opera Actual)

Next month Chen Reiss makes her first return to the Royal Opera House Covent Garden since her debut as Zerlina in ‘Don Giovanni’ in 2018. The production of Handel’s ‘Ariodante’ can’t be staged, but Reiss will assume the ‘prima donna’ role of Scottish princess Ginevra for one live-streamed concert performance under lockdown conditions on 20 November: Handel specialist Christian Curnyn conducts, and the cast includes Paula Murrihy, Iestyn Davies, Sophie Bevan and IMG Artists’ own Gerald Finley as the King of Scotland. Visit ROH.org.uk for more information.