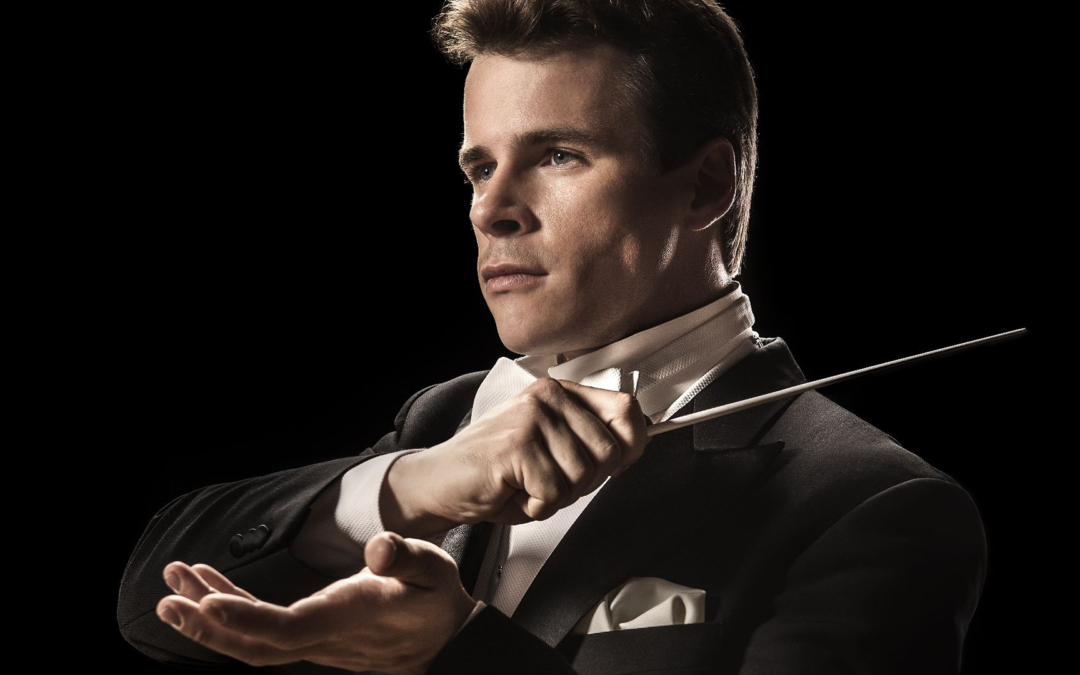 Jakub Hrůša has won acclaim from reviewers following his performances with the Boston Symphony Orchestra at the Boston Symphony Hall on 3-5 Feb and the New York Philharmonic at the Alice Tully Hall on 10-12 Feb. The repertoire for BSO featured Janáček’s Jealousy, Rachmaninov’s Piano Concerto No. 2 with Lukáš Vondráček and Dvořák’s Symphony No. 6. The repertoire for NYP featured Kodály’s Concerto for Orchestra, Liszt’s Piano Concerto No. 1 with Yuja Wang and Martinů’s Symphony No 1.

Joshua Barone from The New York Times writes, “It’s audition season at the New York Philharmonic(…) Jakub Hrusa, a conductor with an ear for rarities and the skill to make persuasive cases for them(…)bringing out a dynamic sound(…)a subtle gift (…) of giving the audience something it would enjoy but not necessarily ask for(…)The evening was rich with novelty and spirited throughout, enough to inspire applause in the middle of a symphony.”

Edward Sava-Segal from Bachtrack writes, “Martinů’s First Symphony was the evening’s big, pleasant surprise(…)[Hrůša’s] glorious rendition was a highly convincing one(…)Hrůša steered the New York Philharmonic through a soundscape full of rich textures where structures, colours and rhythms were wondrously wound together(…)Details were brought forward but remained perfectly integrated in the musical tapestry(…)The conductor was always in sync with where the soloist wanted to take the music, proving to be a thoughtful accompanist; one more reason for this young maestro to be considered a great choice for any of the forthcoming music directorship openings at several top American orchestras.”

Jonathan Blumhofer from Boston Classical Review writes, “Jakub Hrůša(…)made a stirring return to Symphony Hall on Thursday night(…)the performances he drew from the orchestra were outstanding. In terms of color, character, and sweep, Thursday’s was one of the most satisfying BSO concerts of recent memory(….)the exhilarating reading of Dvořák’s Symphony No. 6(…t)his was a reading of thrilling spirit and clarity(…)Breathtakingly unpredictable and fresh, the piece [Janáček’s Jealousy] drew an electrifying performance from Hrůša and company. For contrasts of light and shade, tension and release, one could hardly have asked for more.(…) this was music-making of captivating focus, visceral excitement, and flawless balances: Hrůša is the real deal. The BSO ought to have him back early and often.”

John Ehrlich from The Boston Musical Intelligencer writes, “Superlatives abound at BSO(…) an absolutely extraordinary traversal [of Rachmaninov’s Piano Concerto No. 2] unfolded(…) the unanimity of purpose among the strings, from top to bottom(…) the turn-on-a-dime control of dynamics within the orchestra, so carefully planned by Hruša(…) I urge every reader who knows this music, and those who don’t, to hear this performance(…) Hrůša’s take [on Dvorak’s Symphony No. 6] hit all the high spots with idiomatic Czech elan and made for a brilliant close of a very special evening at Symphony Hall(…) those in the Hall seemed remarkably attentive, falling into utter and complete silence before each piece, and showing full appreciation at their conclusions. The Dvořák and Rachmaninoff both occasioned well-deserved standing ovations and multitudinous bravos.”

Jeremy Eichler from Boston Globe writes, “At BSO, a Czech conductor’s bold return…a compelling, deftly characterized performance [of Janáček’s Jealousy] … After intermission Hrusa pulled out all the stops for Dvorak’s Sixth, whipping up a reading by turns bold, brash and stylish. Energy never flagged, nor did a sense of structural clarity. And the orchestra, with special contributions from flutist Elizabeth Rowe, was with him at every turn.”

The remainder of this month will see Hrůša travel to Germany for concerts with the Bamberg Symphony in Bamberg, Cologne, Hannover and Hamburg.  Other engagements in the coming months include an appearance with the Philharmonia Orchestra at the Royal Festival Hall, Wagner’s Lohengrin at the Royal Opera House, return visits to the Royal Concertgebouw Orchestra and Zurich Tonhalle Orchestra, and debuts with the Chamber Orchestra of Europe and at the Salzburg Festival (a new production of Katya Kabanova directed by Barrie Kosky and with the Vienna Philharmonic).