Congratulations to our 2021 Grammy® Nominees! 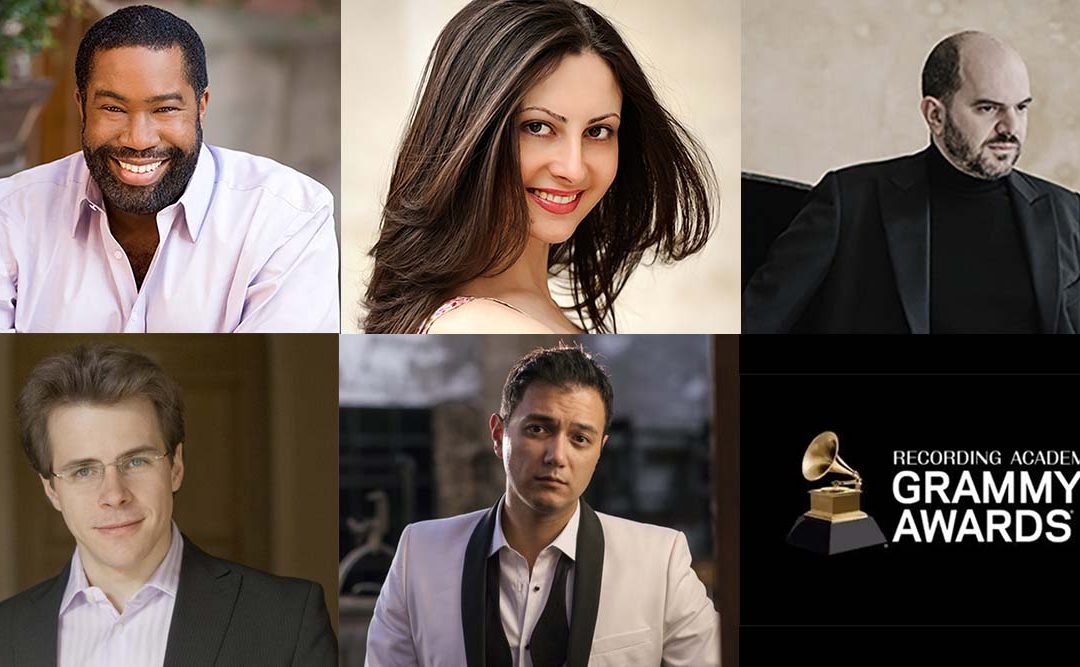 The 2021 Grammy® Nominations were announced today, and we are thrilled to congratulate our artists on their nominations. The awards will be announced on Sunday, January 31, 2020. The show, hosted by Trevor Noah, will be broadcast in the US on CBS and streamed around the world on grammys.com.

Eric Owens and Elena Tsallagova are both nominated in the Best Opera Recording category. Owen is recognised for his powerful performance in The Metropolitan Opera recording of Gershwin: Porgy and Bess. Anthony Tommasini writes of the performance in The New York Times: “As Porgy, the magnificent bass-baritone Eric Owens gives one of the finest performances of his distinguished career. His powerful voice, with its earthy textures and resonant sound, is ideal for the role. His sensitivity into the layered feelings and conflicts that drive his character made even the most familiar moments of the music seem startlingly fresh.” Tsallagova is nominated for her performance of Donna Clara, Infanta of Spain in Deutsche Oper’s Zemlinsky: Der Zwerg (Naxos). Presto Classical writes, “Elena Tsallagova is marvellously unsympathetic as the brittle, Instagram-famous Princess.”

Pianist Kirill Gerstein* and conductor Jakub Hrůša are nominated in the Best Classical Instrumental Solo category. Gerstein is nominated for Adès: Concerto for Piano and Orchestra, a work inspired by the pianist (Deutsche Grammophon). International Piano Magazine calls his performance “a vigorous and bracing reading,” with Presto Classical adding, “Gerstein slips between tender introspection and ferocious virtuosity with breathtaking ease.” Hrůša is nominated for conducting violinist Augustin Hadelich and the Symphonie-Orchester des Bayerischen Rundfunks in Dvořák’s Violin Concerto, for Warner Classics’ Bohemian Tales. Gramophone says, “Jakub Hrůša has the Bavarian RSO playing with vigour and a comparable sense of care,” with The Sunday Times writing, “With Hruša drawing stylish sounds from the Bavarian orchestra — especially the woodwinds — this performance sounds idiomatic, irresistibly dance-like in the closing furiant section, yet with an undertow of melancholy that makes Dvořák so distinctive.”

Tenor Nicholas Phan~ is nominated in the Best Classical Solo Vocal Album category for Clairières: Songs By Lili and Nadia Boulanger (Avie). The Guardian writes, “What [the sisters] share is meticulous concern for every musical and verbal detail, and Phan’s wonderfully poised and precise singing matches it perfectly…he is an outstanding interpreter of French song, and Huang is an equally attentive partner. It’s hard to imagine these Boulanger songs could have more convincing advocacy.”

*Kirill Gerstein is managed in association with Enticott Music Management. ~Nicholas Phan is represented by IMG Artists in Europe.