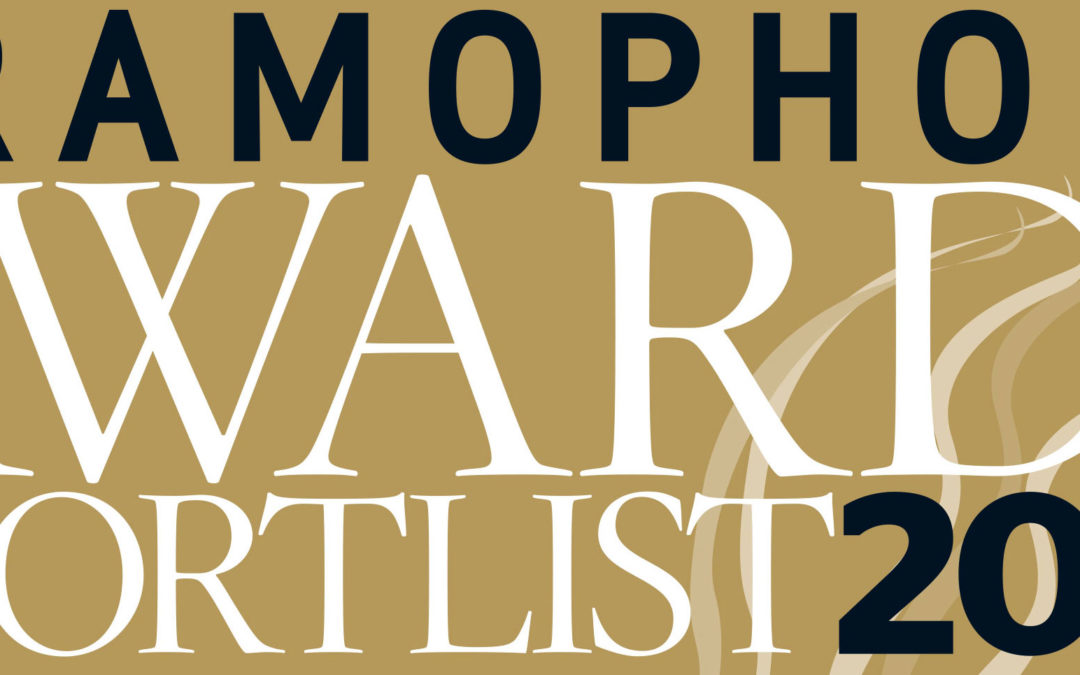 Congratulations to our shortlisted artists. 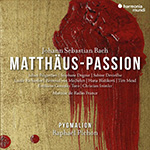 Jonathan Freeman-Attwood writes: “Degout’s ‘Mache dich’ is a tantalising burst of adrenalin so palpable as to make us spring up and dance. Above all, sustained eloquence is the golden seam in a recording that markedly enriches the Passion’s famously illustrious discography thorough its quest for endless possibilities.

“…Christian Immler presents ‘Gerne will ich’ as a prayerful reflection, with subtle allusions to the Eucharist.” 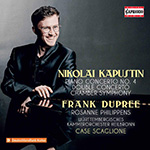 Jeremy Nicholas writes: “Frank Dupree is a hugely gifted young German pianist and conductor. …The Fourth Concerto is like a carefully notated extended improvisation by the great Peter Nero and Oscar Peterson. …It is a three-movements-in-one work, Dupree flying around the keyboard wit unrestrained brilliance. …Dupree takes over the baton for the three-movement Chamber Symphony (1990) though that doesn’t stop him also playing the vibraphone part. He makes and impressive job of delineating this mercurial work with its cross-rhythms, abundant stylistic references (Latino, neoclassical, Hollywood, Stan Kenton, you name it). …It’ll knock your socks off.

“…The young American conductor Case Scaglione holds the whole structure together with aplomb.”

Andrew Mellor writes: “Dalene’s Nielsen remains as fresh, plain-dealing and stimulating as it was in 2019 [when he won the Nielsen Competition]. His recording is up there with…my top recommendations in a recent Gramophone Collection. Dalene’s account might well pip even those.” 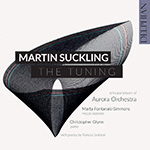 Richard Whitehouse writes: “Suckling speaks of his language as exhibiting a ‘precision of gesture and cadence, and delight in the union of formal elegance with expressive heft’…[with] Marta Fontanals-Simmons.” 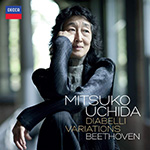 Beethoven: Variations on a Waltz by Anton Diabelli, Op 120 (Decca)

David Fanning writes: “How teasingly Uchida brings out the leggiermente of the second variation; how warm is her voice in Vars 3 and 4, and how deliciously yielding their cadences; how lucid is her counterpoint in Var 4 and how ideally controlled its increase from piano to forte; how perfectly weighted are the dynamic contrasts in Var 5; how magnificently sturdy is the serioso Var 6, yest also how intricate is Uchida’s response to the twists and turns of the second half. …As rapt as it is riveting: Mitsuko Uchida adds triumphantly to the recorded legacy of Beethoven’s Diabelli Variations with an account rich in colour and character.”

Michelle Assay writes: “Hear the grace with which Gerstein introduces his delicious ornaments and mini-cadenzas in the finale of the C major Sonata, K521. And the closing pages of the slow movement of the same piece have to be a month the most breath-taking Mozartian passages ever captured on disc, with a fractional slowing to let heavenly inspiration work its magic.”

Tim Ashley writes: “In the pit, Carlo Rizzi forges an extraordinary unity from an astonishingly beautiful if eclectic score that folds into itself everything from Renaissance madrigals to dissonant eruptions worthy of Strauss’s Elektra, Debussian orchestral translucence and a lyrical vocal immediacy that at its best rivals Puccini. The whole thing is, I think, a great achievement.” 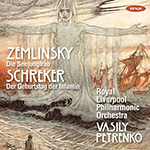 Christian Hoskins writes: “Petrenko’s interpretation is a pleasure from first to last. …Petrenko directs a strongly communicative performance of Zemlinsky’s sumptuous score and the work’s many solos are beautifully rendered.” 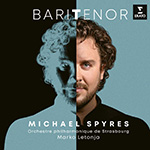 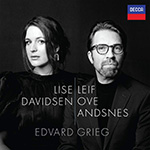 Hugo Shirley writes: “Andsnes’s…playing is supremely refined and sensitive: each note is placed and voiced with the utmost care, all temptations to grandstand resisted. …There is an emotional directness, too…and I love the joyous spring in the step of Andsnes’s playing in ‘Lauf der Welt.’ …Andsnes’s way with the brief postlude – unrushed but unindulgent – is exquisite. …exceptional playing.” 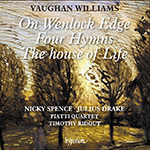 Andrew Achenbach writes: “Drake and the Piatti Quartet bring to the devastatingly moving ‘From far, from eve and morning,’ the searing intensity of the climactic outburst in ‘Is my team ploughing.’ … [Nicky Spence] and Drake do it absolutely proud, and likewise locate an abundance of wistful tenderness and fragrant beauty in those two sensitive settings that top and tail the cycle.”