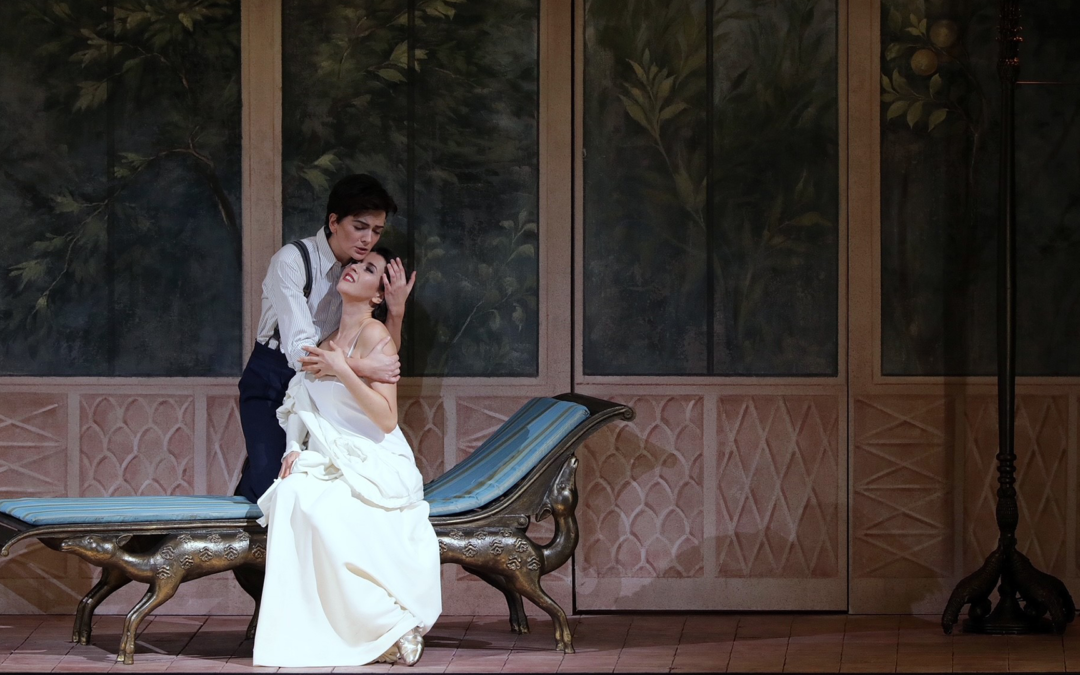 Laura Servidei from Bachtrack writes, ” Crebassa’s cabaletta in the first act was sparkling and precise, without the unnatural pushing into the low register in “ma su voi ricada il sangue” that we have heard so many times. Her low register was perfectly supported and “in place” just like her high notes. She managed to perfectly inhabit the rash, impetuous young man, blinded by love and fired up in the struggle with the enemy.”

Thibault Vicq from Opera Online writes, “… ​​It is undoubtedly the exceptional Marianne Crebassa who reigns over the voices. Rubato of competition, winning breath, wise lighting of the slightest note introducing a modulation, we no longer know where to turn among the details that make his loving Romeo so overwhelming! She is equal in all registers, practices her leaps in intervals with disconcerting ease and combines fidelity to the score with a conviction of the phrase that transforms even the most muted interventions into pieces of bravery.”

Marianne’s upcoming highlights include concerts with L’Orchestre Philharmonique de Radio France this February, then heading to Germany to perform with Berliner Philharmoniker, as well as starring in Rossini’s La Cenerentola at Bayerische Staatsoper. A full list of Marianne’s tour dates and where to purchase tickets can be found here.

The final performance of I Capuleti e I Montecchi will be this Wednesday (2 Feb). Tickets are available here.