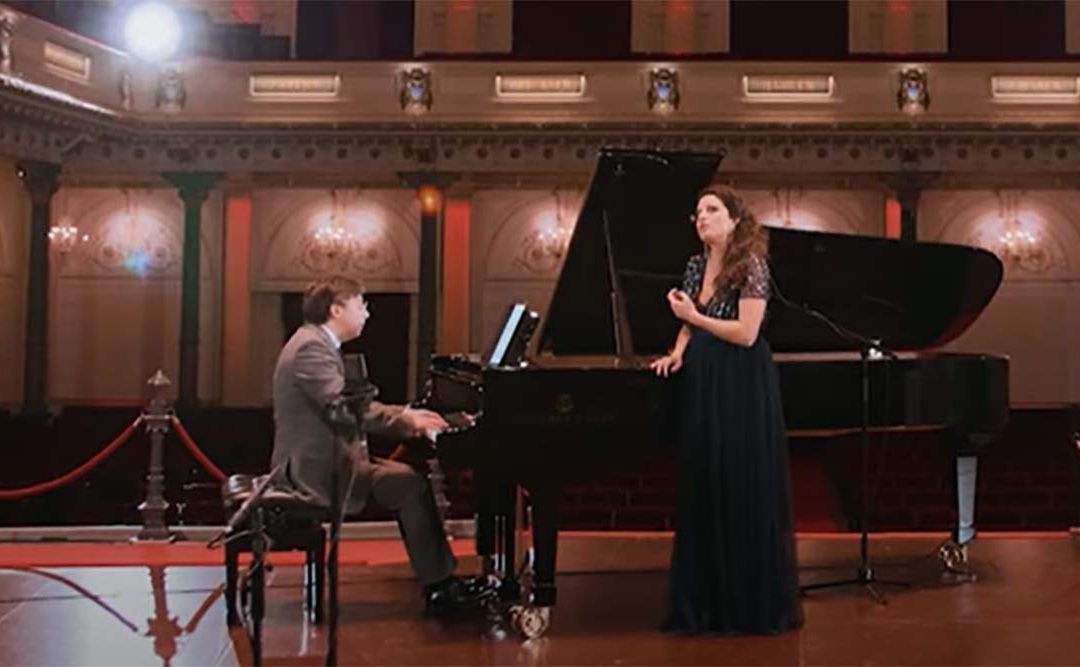 Dutch-Iranian soprano Lilian Farahani was joined by pianist Maurice Lammerts van Bueren for a special recital as part of The Empty Concertgebouw Sessions. The programme celebrates strong women through songs by Ravel, Piazzolla and Heggie. The recital has already been viewed more than 16,000 times on Het Concertgebouw’s YouTube and Facebook pages.

Lilian Farahani studied at the Royal Conservatory in The Hague and at the Conservatory in Amsterdam, and graduated with honours from the Dutch National Opera Academy in 2015.

She made her debut in France in 2017 at the Opéra National de Lorraine in Nancy under Sacha Goetzel in the role of Carolina in Il Matrimonio segreto, a role that she performed during the previous season at the Dutch National Opera in a co-production with Opera Zuid and De Nederlandse Reisopera.

Her repertoire also includes Despina in Cosi fan tutte, Zerlina in Don Giovanni, Susanna in Le Nozze di Figaro, Luisa in Die stumme Serenade (Korngold) and Morgana in Alcina, but Lilian feels equally at home singing contemporary works. She has sung the role of Anne Frank in the opera Anne and Zef by Monique Krüs (world premiere), the Dutch premiere of Death Knocks (Christian Jost) and Jake Heggie’s cycle of Eve-songs. She also appeared in The Infernal Comedy by Michael Sturminger at the Dutch National Theatre under the direction of Theu Boermans.