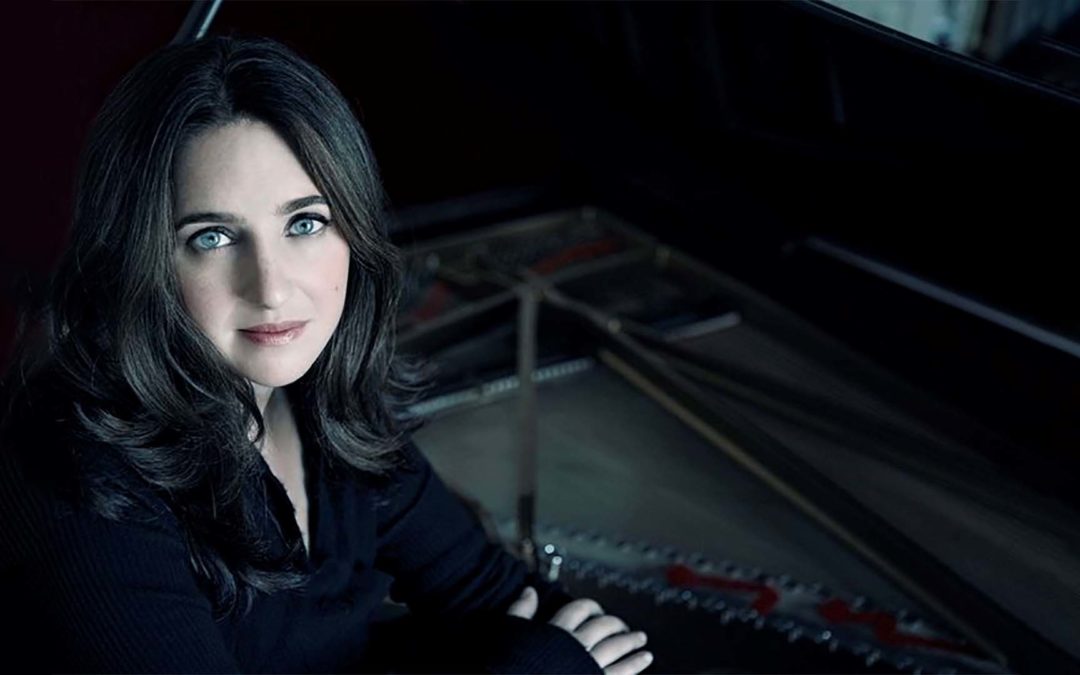 Simone Dinnerstein’s A Character of Quiet concert will stream as part of the Death in Classical video series on Sunday, October 9, at 8:00 PM EST. Viewers will enjoy Simone’s stunning performances of Philip Glass’ Etude No. 16 and François Couperin’s Les Barricades Mystérieuses.

The performances were part of a special concert of the wildly popular Death of Classical: From the Catacombs series. Filmed over a single day in New York’s Green-Wood Cemetery in November 2020, at the height of the COVID-19 pandemic, Simone and eight other leading classical musicians and ensembles joined to perform and explore themes of politics, isolation, grief, remembrance, healing and more.

“When the pandemic lockdown set in, Simone Dinnerstein stopped playing the piano. Music did not seem like an adequate response to everything that was happening in the world. In time, a friend convinced her to return to music and record an album in her living room. She chose this music, by Glass and Schubert, because of the pared-down, almost ascetic quality of their music. They both create a feeling of a solitary journey, a character of quiet privacy, a sense of time being trapped through repeated vision and revision as the music tries to work itself to a conclusion.”

Simone Dinnerstein’s A Character of Quiet will premiere on Sunday, October 9 at 8:00 PM on the free ALL Arts app, and in the New York metro area on the ALL ARTS TV channel.

Simone Dinnerstein is an American pianist. She lives in Brooklyn, New York with her husband and dog, less than a mile from the hospital in which she was born.

Simone has a distinctive musical voice. The Washington Post has called her “an artist of strikingly original ideas and irrefutable integrity.” She first came to wider public attention in 2007 through her recording of Bach’s Goldberg Variations, reflecting an aesthetic that was both deeply rooted in the score and profoundly idiosyncratic. She is, wrote The New York Times, “a unique voice in the forest of Bach interpretation.”

Since that recording, she has had a busy performing career. She has played with orchestras ranging from the New York Philharmonic and the Montreal Symphony Orchestra to the London Symphony Orchestra and the Orchestra Sinfonica Nazionale Rai. She has performed in venues from Carnegie Hall and the Kennedy Center to the Berlin Philharmonie, the Vienna Konzerthaus, the Seoul Arts Center and the Sydney Opera House. She has made thirteen albums, all of which topped the Billboard classical charts, with repertoire ranging from Couperin to Glass.

Recent highlights include the world premiere of The Eye Is the First Circle at Montclair State University, the first multi-media production she has conceived, created, and directed, which uses as source materials her father Simon Dinnerstein’s painting The Fulbright Triptych and Charles Ives’s Piano Sonata No. 2 (Concord); the premiere Richard Danielpour’s An American Mosaic, a tribute to those affected by the pandemic, in a performance on multiple pianos placed throughout Brooklyn’s Green-Wood Cemetery; and joining Renée Fleming, the Emerson String Quartet, and Uma Thurman for performances of André Previn and Tom Stoppard’s Penelope at both Carnegie Hall and the Kennedy Center in Washington, D.C.