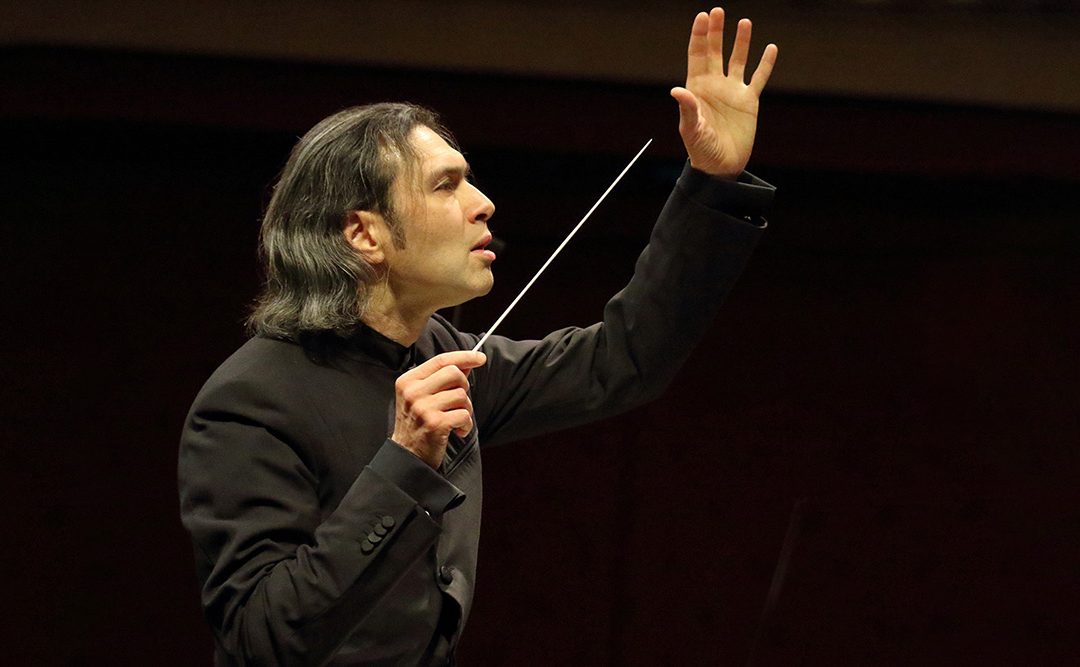 Vladimir Jurowski gave his first performances this week since his appointment as the forthcoming General Musikdirektor of the Bavarian State Opera in Munich. He led the Bayerisches Staatsorchester in their Akademiekonzerten, pairing Bruckner’s mighty Symphony No.3 (in its second 1877 edition) with Mozart’s serene and much-loved Sinfonia Concertante K364. The Munich critics reached for superlatives in their anticipation of a great era to come under Jurowski in Munich:

“This was Bruckner complete with passion and self-doubt, not only the monumental serenity unfolded by some older maestros. Jurowski is a musical designer. He doesn’t take anything for granted. But even more amazingly, he can also do Mozart. Together with the luxury of soloists Isabelle Faust (violin) and Antoine Tamestit (viola) he and the Bayerisches Staatsorchester gave us chamber music on a large scale, with deep mutual interaction and listening. Jurowski does not only lead the conversation, he also frees it by letting strings and wind respond to each other. An exciting mix and exciting times that will come to us.” – Robert Braunmüller, Abendzeitung

“He makes his musicians romp and roar, holding himself as a master of ceremonies. Guidance and steering, attention, analytics and a deep long view are the characteristics of this musician, but although Jurowski never over-exerts, he makes the music and the musicians glow, offering a striking synthesis of sensuality and intellectuality, depth of emotion and structuralism, magic and craftsmanship.” – Reinhard J. Brembeck, Süddeutsche Zeitung

“Finally a Music Director who conducts Mozart really well! And this is really not a matter of course. So often leading conductors, especially those of the older generation, serve up a contour-less, non-binding smoothly routine Mozart. Jurowski, on the other hand, sparks the first chord of the Sinfonia Concertante with a small accent, like a clearly spoken syllable. And then the phrases breathe, arching open and closed, and the sound shines, transparent, silky, clear. It’s a feast of middle voices. And the ear is newly amazed: this music is so rich! So many voices. So interesting in detail.” – Bernhard Neuhoff, BR Klassik

Jurowski’s next few months see him displaying his prowess in opera in London, where he conducts the next instalment of his Wagner Ring Cycle project with the London Philharmonic, reaching Siegfried at the Royal Festival Hall on 1 February, and he then returns to the Royal Opera House Covent Garden for the first time in over twenty years, at the helm of Claus Guth’s new production of Janacek’s Jenufa, with the starry soprano pairing of Asmik Grigorian and Karita Mattila.