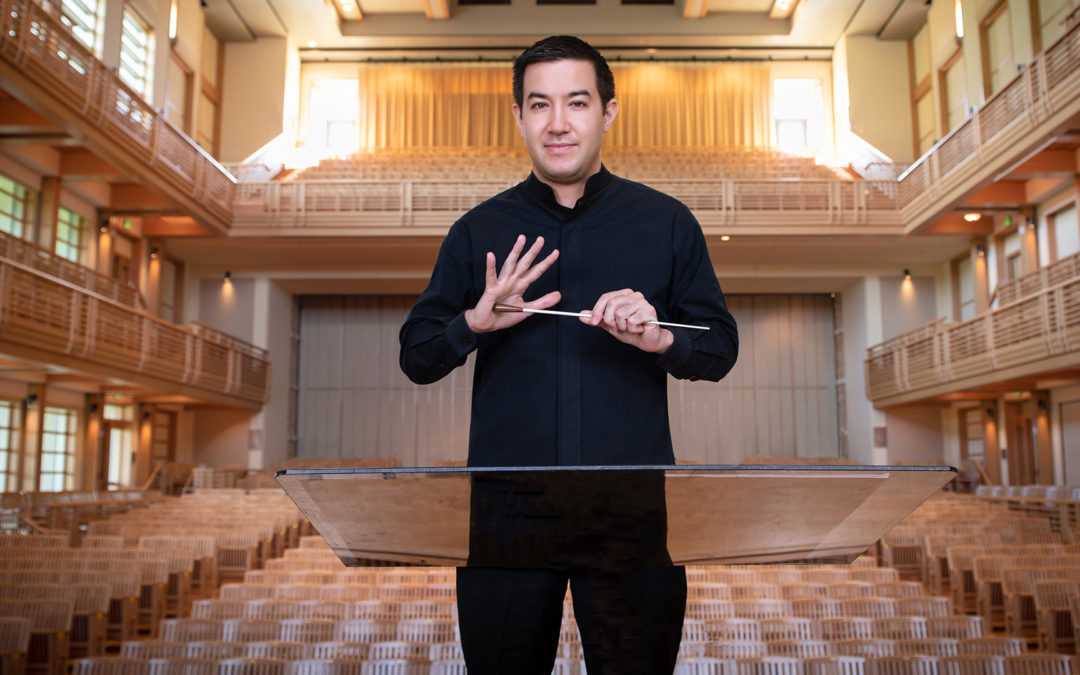 Deb Carver, President of Eugene Symphony Association’s Board of Directors, announced today that Francesco Lecce-Chong has added a year to his contract as Music Director & Conductor, extending his tenure through the 2023/24 season. His previous agreement, signed in September 2019, ran
through the current 2022/23 season.

At the conclusion of this extension, Lecce-Chong will assume the title of Artistic Partner for the 2024/25 season and conduct three of the nine Symphonic series concerts of that season. One of the remaining programs in the 2024/25 season will be led by a well-established and internationally known conductor, while five will include finalists for the Music Director & Conductor position. The search process will launch in February 2023 with the appointment of a 13-person Search Committee, followed by a public announcement and invitation for applications and nominations in April 2023.

Carver said, “Francesco’s musicianship, creative programming, and connection with the audience has raised the bar in every way, and we’re grateful to have another full season ahead with him, as well as his continued leadership throughout the search for his successor.”

Lecce-Chong said, “I have always believed that the impact of an orchestra is not in a single performance, but in the possibility of building a stronger and more vibrant community. I am so grateful to have found such a community in Eugene and the passionate support for the orchestra here has been a constant source of inspiration for me. It has been a thrill collaborating with my terrific colleagues on stage to bring meaningful and electrifying performances to our audiences. I look forward to many more in the two seasons ahead as we continue our work as one of the leading regional orchestras in the country.”