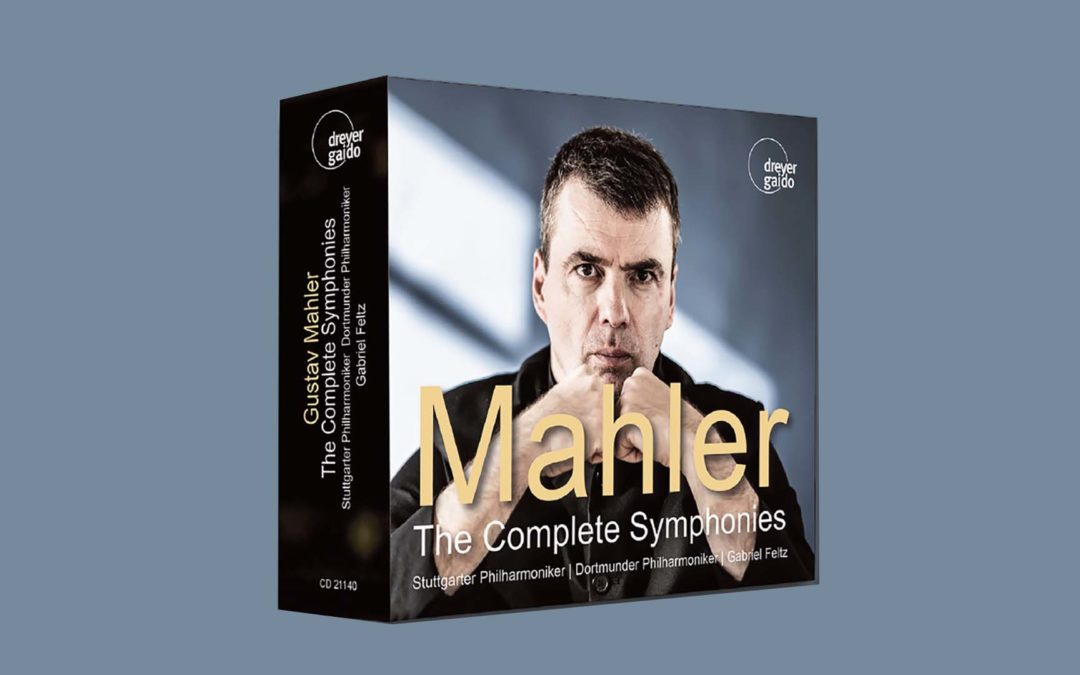 The culmination of a 15-year project, conductor Gabriel Feltz’s complete Mahler Cycle with the Stuttgart Philharmonic and Dortmund Philharmonic is released as a 10 SA-CD box set on Dreyer-Gaido. This stunning edition includes an illuminating 108-page booklet with detailed notes on each of the works and the project by Feltz and Volker Hagedorn.

Gabriel Feltz is one of the most outstanding German conductors with a versatile career in the opera and symphonic repertoire and a great advocate for 19th and 20th century music.

Highlights of the 2021/22 season will be the beginning of a new Ring Cycle in Dortmund (starting with The Valkyrie) directed by Peter Konwitschny. Gabriel Feltz will return to the Cologne Opera for two productions: Erich Wolfgang Korngold Die tote Stadt directed by Tatjana Gürbaca (in celebration of its first performance that took place in Cologne 100 years ago) and a new production of Walter Braunfels Die Vögel. As Chief Conductor of the Belgrade Philharmonic, Gabriel Feltz will conduct eight programs, opening with Shostakovich Cello Concerto and Symphony No. 10.

“Feltz has a superb team of soloists, well contrasted and all in form, who come into their own in the recitatives and ariosos of Part 2, sensitively recorded and accompanied with telling orchestral detail.”- Gramophone

“A highly exciting performance in which Feltz succeeded from the first to the last bar, transforming the constantly changing…material into a pulsating stream of sound.” – Esslinger Zeitung

“This new recording now sits within the top five. Gabriel Feltz ‘gets’ Mahler’s idiosyncrasies and draws attention to them for all to enjoy.” – Jean-Yves Duperron