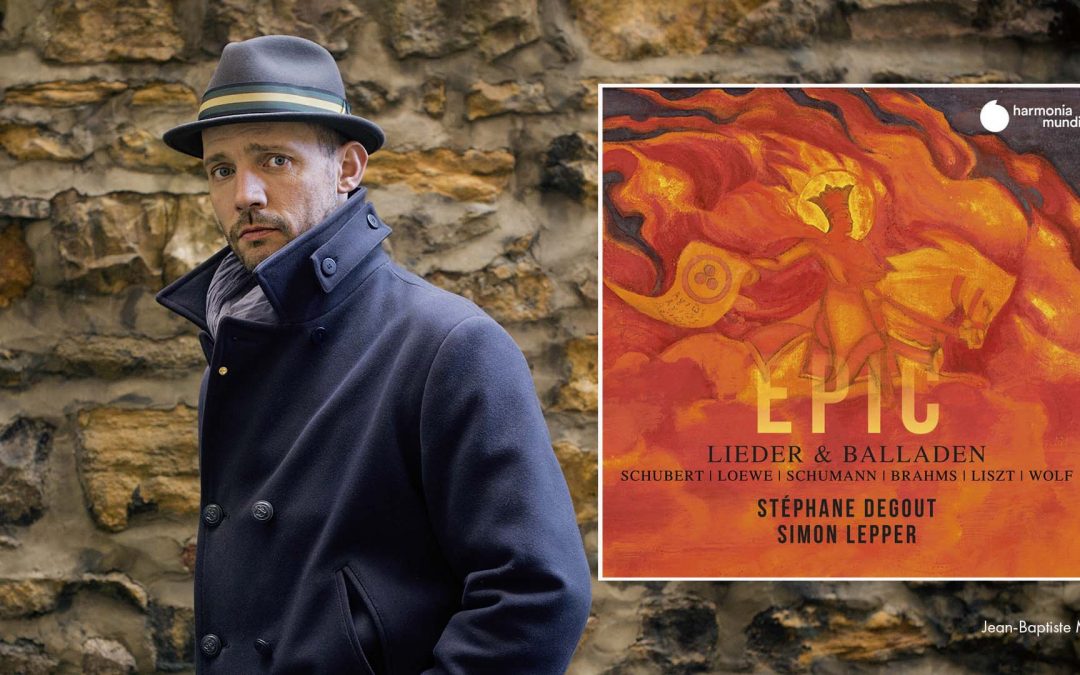 Erica Jeal writes, “Here is a disc that lives up to its title. The baritone Stéphane Degout and pianist Simon Lepper give us a stormy sequence of songs and ballads, most of them steeped in the German Romantic tradition, all of them delivered with the dramatic sense of true storytellers. …

“Degout and Lepper, whose nuanced, perfectly paced playing provides all the colour and illustrative touches these songs require: the flickering torchlight in Belshazzar’s castle as imagined by Schumann, the wind playing through the strings of a cimbalom as conjured by Liszt. It’s with Liszt that the disc ends: the Three Petrarch Sonnets, that in this context offer light relief. They are beautifully handled, Lepper’s playing flowing and just on the right side of understatement, Degout offering a masterclass in vocal control.

“There’s some seriously superb singing on this disc: throughout, there’s the thrill of hearing a big voice perfectly calibrated to the music in hand, used with absolutely security. Degout never loses control, never tips over the line even if he sometimes seems to be standing on the edge, dangling one foot over the abyss. It’s quite a performance.”

The recording, which also features mezzo-sopranos Felicity Palmer and Marielou Jacquard, is the award-winning baritone’s tribute to Goethe. Harmonia Mundi explains, “’The mystery of the ballad comes from the way it is told.’ (Goethe). Epic to the point of hallucination, this genre calls for skill in narrative, word-painting, evocation. And it is as a peerless storyteller that Stéphane Degout tackles this repertory which the German Romantics raised to unequalled heights. Who would have believed, before listening to this disc, that a French baritone could pay such eloquent tribute to the language of Goethe?

The album, on Harmonia Mundi, is available in stores and online now.