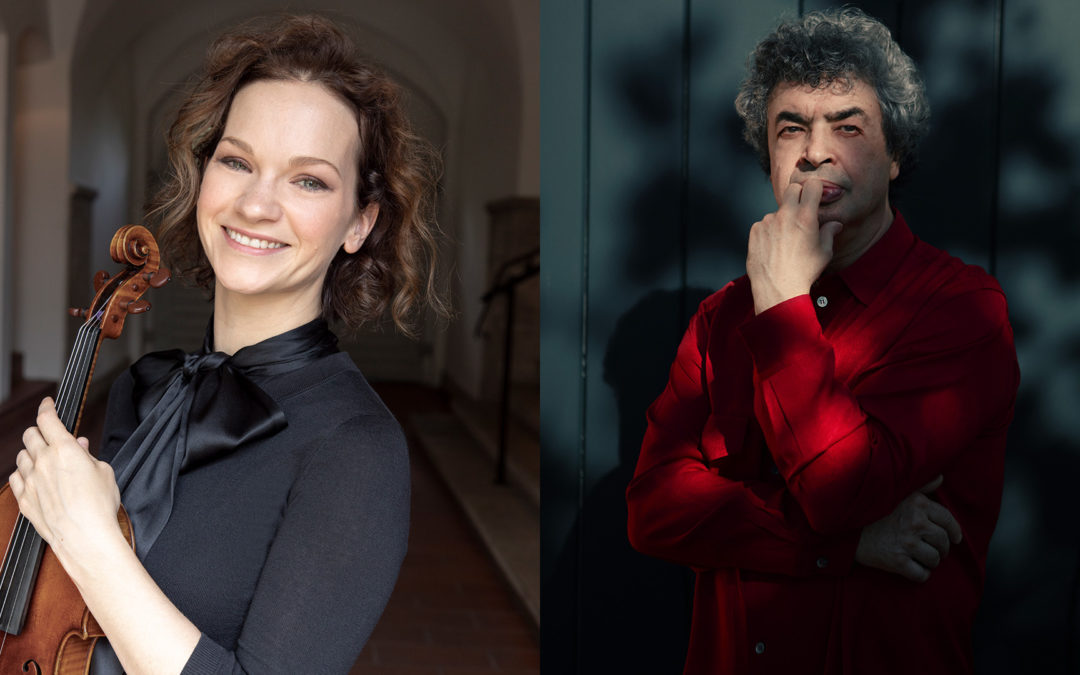 Violinist Hilary Hahn will be named 2023 Artist of the Year, and Semyon Bychkov will be named 2023 Conductor of the Year at the upcoming 62nd annual Musical America Awards, the magazine announced today. The Awards recognise classical music artists and leaders who have made outstanding contributions to the performing arts industry in the past year.

Corinna da Fonseca-Wollheim from Musical America wrote, “Once a teenage star, now a mature, thoughtful artist, Hilary Hahn has inspired thousands through her riveting live performances, deftly programmed recordings, and revolutionary practice videos. Generosity and a matter-of-fact insistence on music as a collaborative art distinguish her at every step. The high-wattage brilliance and crystalline projection of her sound has been her calling card all along, but her repertoire keeps expanding along with her healthy appetite for new works by living composers. She is also deeply interested in applications for artificial intelligence in music education and composition. Seeking radical ways to extend her commissioning energy into the wider community, Hahn has published the sheet music for her commissions supplemented with her own detailed performance notes. Emerging from the crucible of the pandemic, the musician may have changed but, she says, music-making is more important than ever.” Read the full article here.

Clive Paget wrote, “Semyon Bychkov combines a meticulous attention to detail with a knack for making the familiar sound newly minted. But listeners should not be deceived by the seeming spontaneity of his interpretations as it will have taken hours of study to ensure that every bar rings true. The Soviet-born maestro, who turns 70 this year, was one of the first artists to speak out against Russia’s invasion of Ukraine. His words of wisdom were born of experience and an early life that reads like a novel by John le Carré. His rise to preeminence has included important U.S. appointments as well as significant relationships in Paris, Cologne, and London. In 2018, he embarked on his latest adventure as chief conductor and music director of the Czech Philharmonic. A born raconteur and deep thinker, Bychkov is an artist whose innate humanity shines through in everything he does.” Read the full article here.

Stephanie Challener, Musical America Worldwide publisher, said, “Each of these incredible talents have, in their own unique ways, advanced the artform in the past year far beyond any expectations and have brought entirely new perspectives and vistas to the performing arts. It is our honour to recognize these great artists and their contributions.”

The 2023 Musical America Awards ceremony will be broadcast via Facebook Live on Sunday 4 December 2022, 4PM ET.

Semyon Bychkov is managed in associaton with Enticott Music Managament.