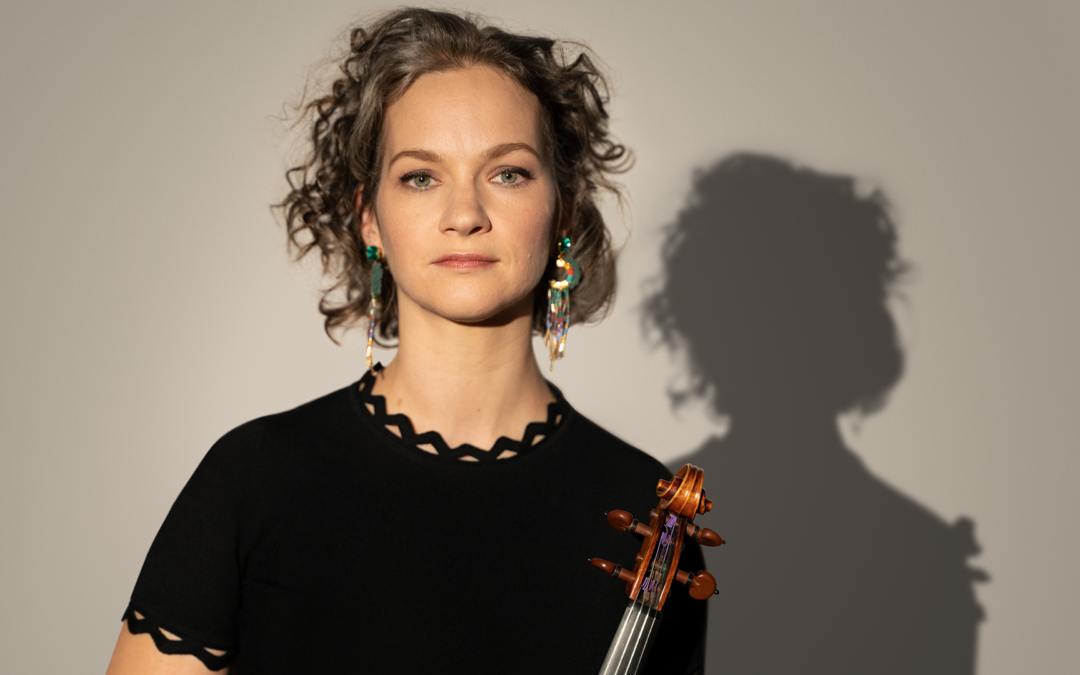 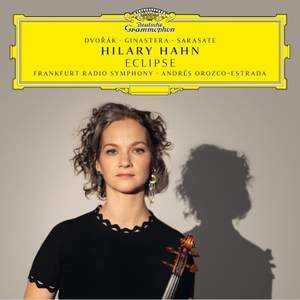 Hilary Hahn has announced her new album Eclipse, to be released on the 7 October on Deutsche Grammophon. Recorded with the Frankfurt Radio Symphony and its Music Director (2014-2021) Andrés Orozco-Estrada, it sees the triple Grammy-winning violinist deliver interpretations of three works charged with universal emotions yet rooted in their composers’ musical heritage: Dvořák’s Violin Concerto, a tour de force from the Czech composer’s “Slavic period,” Ginastera’s Violin Concerto, a strikingly original 20th-century gem, and Sarasate’s Carmen Fantasy, among the greatest virtuoso showpieces of all time.

Hilary says, “This recording tells stories I didn’t understand until I returned to the stage after a long hiatus: the elation of coming into one’s own, the declaration of an artistic identity, and what it means to regain your native language through music.”

The album marks a series of musical milestones for the violinist. She has long loved the works it contains and discovered fresh insights and details of expression as she recorded each of them for the first time. Eclipse also reflects Hahn’s close collaboration with the musicians of the Frankfurt Radio Symphony (in their home city and on tour) and her extensive partnership with Maestro Orozco-Estrada. Above all, it documents her return to recording, following a year-long sabbatical and many additional months of artistic solitude.

“I feel with this album like we made something powerfully beautiful together during a difficult time,” Hilary comments. “When we played the final note of the Carmen Fantasy, I felt like I’d gone through a huge shift of perspective, through something really challenging, and emerged stronger as a person and a musician.” She compares this shift to the return of light that always follows an eclipse. “Artistic evolution can come from many sources, but it often comes from a big event. I am so happy that I can share this pivot, this landing, this merging of voices in the global language of music.”