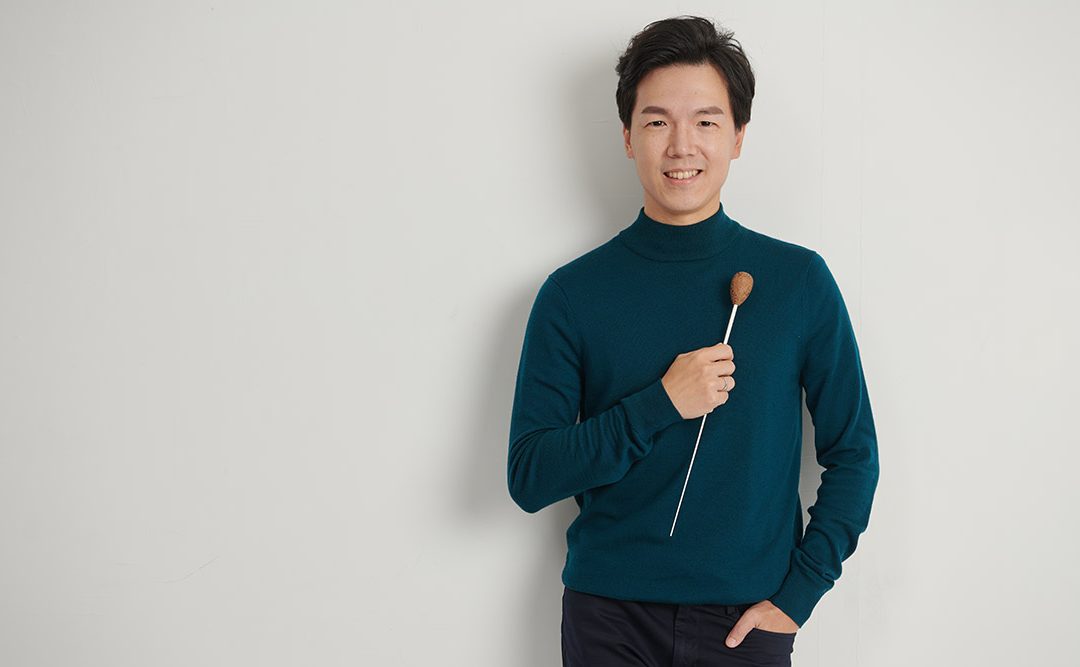 Lio Kuokman, aged 39, has worked with many leading orchestras around the world. He served as the Assistant Conductor to Music Director Yannick Nézet-Seguin at The Philadelphia Orchestra – the first Chinese conductor to be appointed to this position in the history of the orchestra. He is currently the Programme Director of the Macao International Music Festival, a role he started in January 2020. He has received the Certificate of Commendation and Medal of Cultural Merit from both the governments of Hong Kong and Macao.

Mr Y. S. Liu, MH, Chairman of the Board of Governors of the Hong Kong Philharmonic Society, said, “The Board of Governors and the management team are delighted about the appointment of Lio Kuokman as the Resident Conductor of the HK Phil. Lio is a home-grown conductor who has earned remarkable recognition internationally. We are proud to have Lio embarking on an exciting musical journey with the orchestra in the coming seasons.”

Lio Kuokman said, “I am thrilled and honoured to take up this position and be part of the HK Phil family. It is always a great pleasure for me to work with all the brilliant musicians of the HK Phil, especially during these difficult times. We have tried our best to overcome challenges and to share our passions with and promote classical music to our dear audience in Hong Kong as well as around the world through live and online performances. I look forward to each and every upcoming concert with the orchestra.”

Music Director Jaap van Zweden said, “I am pleased to welcome Lio Kuokman to this position. He is a young and talented musician, his commitment to music is well-acknowledged. I look forward to his energetic and passionate music-making with the orchestra.”

Concertmaster Jing Wang said, “Lio Kuokman is an outstanding musician. The musicians of the HK Phil are excited to continue to partner with him, creating more musical moments on stage.”

Lio Kuokman first appeared with the HK Phil in 2009 when, along with his younger brother, he played the piano. He made his actual conducting debut with the orchestra in 2011, and recent performances with them have included the 2020/21 Season Opening concert in October 2020, and concerts in November 2020. He directed the orchestra’s first live broadcast concert, HK Phil 2020/21 Season Preview Concert, on 4 July 2020 which was available on the orchestra’s website, Facebook and YouTube channels, showcasing the artistic excellence of the HK Phil around the world, and toured with the orchestra in October 2019 to Zhuhai and Foshan, promoting cultural exchange activities and developing audiences in the Greater Bay Area.

In his new role as Resident Conductor, Lio Kuokman will lead the HK Phil in several programmes to round up 2020 and welcome in 2021. These concerts include the signature Swire Symphony Under The Stars 2020 ONLINE on 12 December 2020 (Saturday), live performances – Beethoven Violin Concerto on 19 December 2020 (Saturday), Viennese New Year on 30 & 31 December 2020 (Friday & Saturday), and Akiko Suwanai Plays Prokofiev on 22 & 23 January 2021 (Friday & Saturday). Tickets for live performances are available on URBTIX.

Passionate about opera, he has conducted many productions including Turandot, Don Giovanni, The Marriage of Figaro, Carmen, Cavalleria Rusticana, and Il Pagliacci, and was invited by Valery Gergiev at the Mariinsky Theatre to conduct Rimsky-Korsakov’s The Maid of Pskov. As a pianist he has performed as soloist with many orchestras, including the Salzburg Camerata and the Fort Worth Symphony Orchestra.

Laureate at the 2014 Svetlanov International Conducting Competition, Lio graduated from the Hong Kong Academy for the Performing Arts, the Juilliard School, the Curtis Institute of Music and the New England Conservatory. Lio is a founding member and President of the Macao Chamber Music Association. He has received the Certificate of Commendation and Medal of Cultural Merit from the governments of both Hong Kong and Macao.