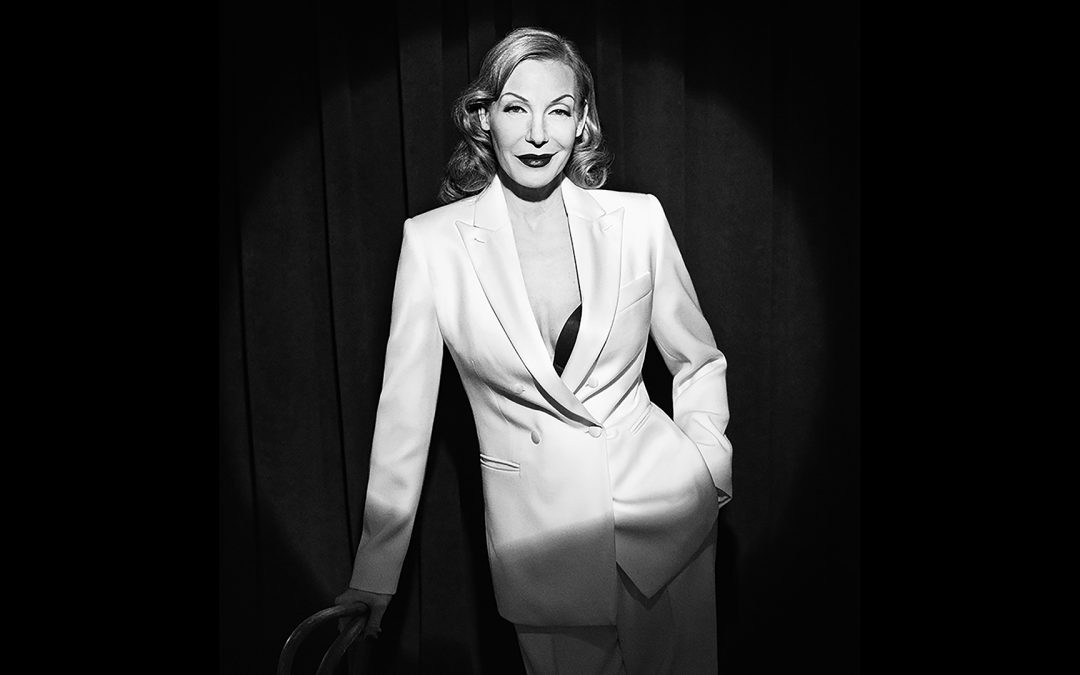 IMG Artists GmbH is thrilled to welcome the incomparable Ute Lemper to its roster for General Management representation. Ms Lemper will be represented by an international team, led by EVP & Geschäftsführer Harold Clarkson from the company’s Hannover office and Vice President & Artist Manager Stephanie Carlesimo from New York.

Ms Lemper said: “I am excited to start my collaboration with IMG Artists. I have been touring the world for more than 35 years now and am so grateful to have built solid artistic friendships and audiences in so many different countries, yet it feels I have only just begun this journey. With IMG Artists representing me, I hope for many new opportunities to refine this forever moving mosaic of artistic adventures, new collaborations and international concert tours.”

Mr Clarkson said: “On behalf of IMG Artists GmbH I am thrilled that Ute Lemper has decided to join our artist roster. Her wide ranging repertoire, amazing background knowledge and riveting performances make her a consummate artist that appeals to so many different audiences, all the way from cabaret, and jazz to symphony concerts. The team looks forward to supporting her many creative ideas and to bringing new and well-established projects to audiences.”

On 21 April, Ms Lemper will commemorate the 75th Anniversary of the Liberation of Concentration Camps with a special performance from her living room as part of the Live with Carnegie Hall streaming series.

She says, “Even in the midst of these frightening times and this immediate threat of COVID-19 around the world, we shall not forget to commemorate the Holocaust that counted the murder of more than 6 million Jewish people and other victims as the darkest chapter in the history of genocide and failure of humanity. The virus of brutal racism and antisemitism had infected entire countries and still infects a certain amount of our population today. We shall always remember and never forget how it claimed millions of lives in unimaginable cruelty.”

Ms Lemper will be virtually joined throughout the 50-minute concert and conversation by fellow musicians and speakers in what is certain to be a powerful and moving tribute.

Ms Lemper is currently on hiatus from touring her universally acclaimed theatrical show, Rendezvous with Marlene. This personal homage, which tells the true story of the reclusive star in word and song, has been called, “pure gold…a staggering night of pure-diamond entertainment” (GScene), “an event not to be missed” (Broadway World), and “an extraordinary, unforgettable evening” (Musical Theatre Review). The soundtrack, featuring Ms Lemper’s stunning performances with the Viennese Orchestra of 20 of Marlene’s most beloved songs, will be released in spring 2020.

In addition, 2020 sees Ms Lemper’s revival of one of her favourite works:  Seven Deadly Sins by Berthold Brecht and Kurt Weill. She will tour the work throughout Europe, culminating with a collaboration with the Dance Theater of Pina Bausch in Paris and Germany.

Ms Lemper will honour the 75th Anniversary of the Liberation of Auschwitz in 2020 and 2021 with a series of concerts of her programme, Songs for Eternity, which focuses uniquely on the songs written by Jewish prisoners during the Holocaust.

2020/21 will also see two additional touring programmes. Berlin/Berlin is a musical journey through the city’s chapters from Weimar to today. West Australian Review writes of the show that, “This German artist brings a depth of intelligence, a sense of history, a political and social awareness, a knowing irony to her material few can match. She is the benchmark for singers.” Songs from a Broken Heart features Ute’s own compositions with lyrics by Charles Bukowski and Paulo Coelho along with songs by Léo Ferré, Jacques Brel, Nick Cave, Tom Waits, Philip Glass, and Kurt Weill. The program cuts to the edge of Ute’s heart and soul. With very simple and pure arrangements, she tells stories of life, wonder, love, doubt, and loss, tales of her own long sleepless nights. In 2021, Ute will tour her Homage to Astor Piazzolla for his 100th Birthday.

The Olivier Award winning, Grammy® nominated star of stage and screen, Ute Lemper was born in Münster, Germany and completed her studies at The Dance Academy in Cologne and the Max Reinhardt Seminary Drama School in Vienna. She currently lives in New York with her four children. A serious triple-threat, she has thrilled her legion of fans throughout her 40-year career in award-winning turns as Sally Bowles in Cabaret (Molière Award), Velma Kelly in Chicago (American Theatre Award), Lola in The Blue Angel and many more; as a siren in solo and orchestral concerts; on screen in L’Autrichienne, Prospero’s Books, Prêt-à-Porter; and with her celebrated recordings on DECCA, CBS Records and POLYDOR.