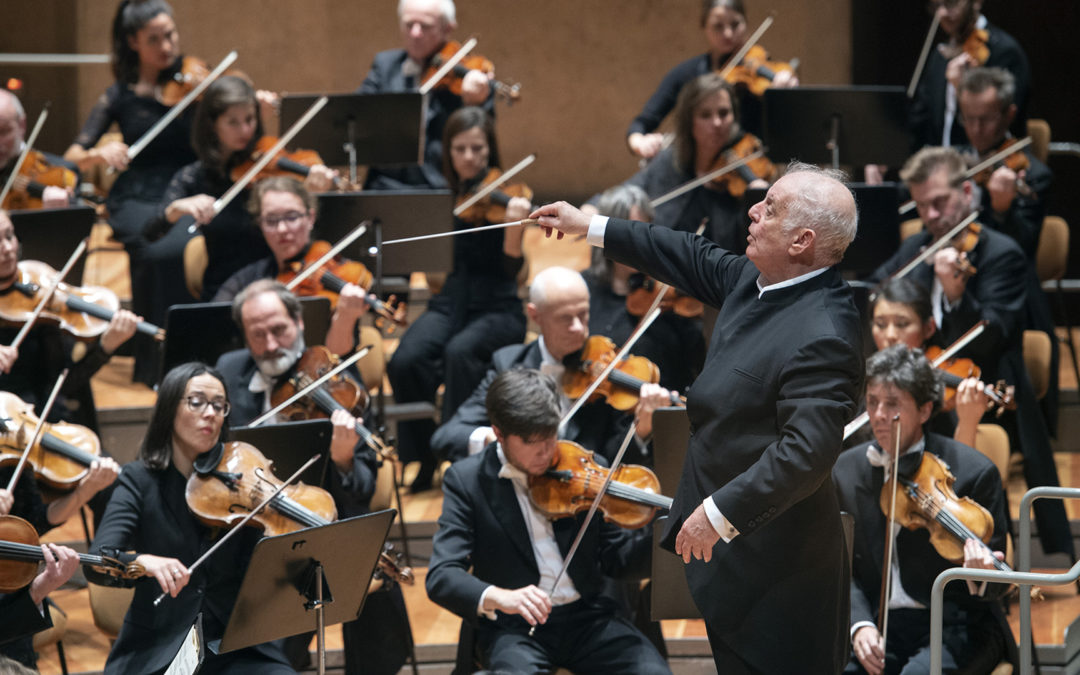 The legendary Daniel Barenboim leads the Staatskapelle Berlin in four hotly anticipated concerts 27 – 31 October. They will explore symphonies 1 through 4 of both Robert Schumann and Johannes Brahms in the Christos Lambrakis Hall at the Megaron Athens.

“For over sixty years now, Daniel Barenboim is fascinating the global musical scene with his pianistic and symphonic performances, having been recognised as a living musical legend but also as an authoritative voice and a person with an invaluable and active contribution to society. In his long career, he has attempted quite a few breathtaking concert feats – always with tremendous success. One such feat is the parallel presentation of the four Symphonies by Robert Schumann and the equal number of Symphonies by Johannes Brahms over four nights that will undoubtedly remain unforgettable to Megaron’s audience. Lovers of 19th century German Romanticism will enjoy its highest symphonic achievements interpreted by Staatskapelle Berlin, one of the world’s oldest orchestras, which Barenboim has been leading for thirty years, moulding its riveting sound.”

For more information, and to try and purchase the very limited remaining tickets, please visit www.megaron.gr