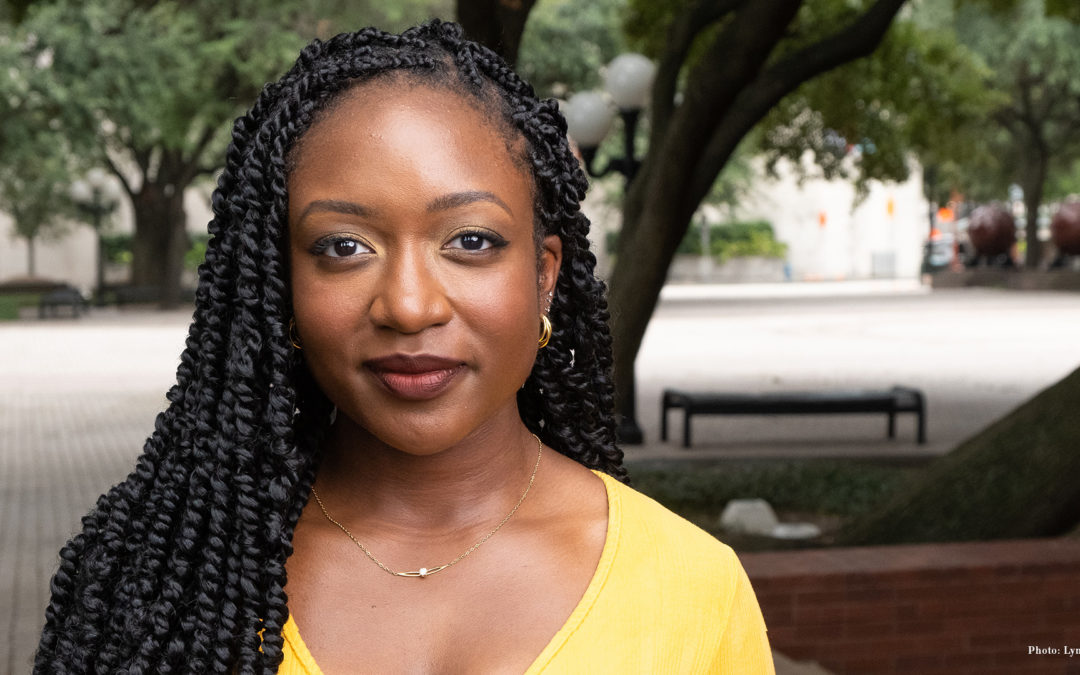 IMG Artists is delighted to welcome soprano Raven McMillon to its roster for general management. She will be represented by Vice President and Artist Manager Ashley Thouret from the company’s Hannover office.

Praised for her “radiant voice” (Cincinnati Business Courier), “precisely articulated coloratura” (Parterre Box) and “voluptuous tone” (Airmail), Raven McMillon is a 2021 Grand Finals Winner of the Metropolitan Opera’s Eric and Dominique Laffont Competition. She will return to Houston Grand Opera as a second year studio artist for their 2021/22 season as Frasquita (Carmen), Peter (The Snowy Day) and Papagena (The Magic Flute).

Ashley said, “I am thrilled to welcome the stellar soprano Raven McMillon to the IMG Artists roster for worldwide general management. Raven possesses a vocal timbre that comes around once in a lifetime. Her effortless silver shining singing is intensely compelling. I look forward to working with Raven and introducing the world to a voice that needs to be heard.”

Raven said, “I am elated to be represented by Ashley Thouret as a part of IMG Artists’ roster.  This is an exciting development in my career, and I can’t wait to see what this collaboration brings in the future!”

Recent highlights include Frasquita in Cincinnat Opera’s Carmen, role debut as Rosina in Il barbiere di Siviglia at Opera Steamboat and Houston Grand Opera debut in scenes from Carmen (Frasquita) and L’elisir d’amore (Adina). She was also seen in the HGO Digital season as Rona Richards (The Impresario), Peter (The Making of The Snowy Day documentary), and Gretel (Hansel and Gretel). Ms. McMillon also performed as a soloist in the Giving Voice concert as well as the HGO Studio Recitals.