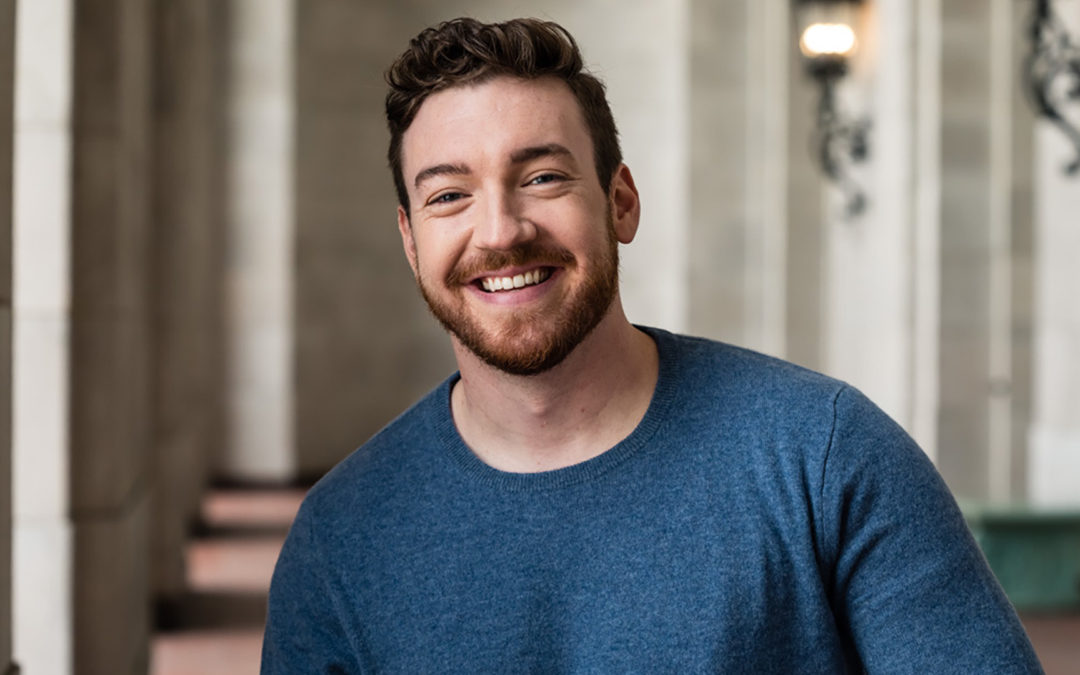 IMG Artists is delighted to welcome baritone Timothy Murray to its roster for General Management. He will be represented by Sam Snook from the New York office.

Heralded for his “firm, flexible baritone” (New York Times) and “swaggering, rakish” stage presence (Opera News), Murray has won recognition in such competitions as the Loren. L. Zachary competition, The Sullivan Foundation, Glyndebourne Opera Cup, and the Mario Lanza competition, and was a Grand Finalist in the Laffont Competition at the Metropolitan Opera.

Murray has just completed his final year as a member of the Adler Fellowship Program at San Francisco Opera. Season assignments as an Adler included covers of the title role in a new production of Don Giovanni, and Eugene Onegin, the role of Stone in The Dream of the Red Chamber, Scarus in John Adam’s world premiere of Antony & Cleopatra, multiple covers in Dialogues des Carmélites, and Marchese d’Obigny in La Traviata. Highlights of the 22/23 outside of San Francisco include the title role in Don Giovanni for a return to North Carolina Opera, Marcello in La bohème with San Francisco Opera, Dancaïre in Carmen with the Reno Philharmonic, Horace in Paul Moravec’s operatic adaptation of The Shining with Opera Parallèle and Vaughan-Williams’ Five Mystical Songs with the Golden Gate Men’s Chorus.

Other highlights of recent seasons have included Schaunard in La bohème with North Carolina Opera, Figaro in Il barbiere di Siviglia with Sacramento Philharmonic and Opera and a debut with the San Francisco Symphony in Carmina Burana.