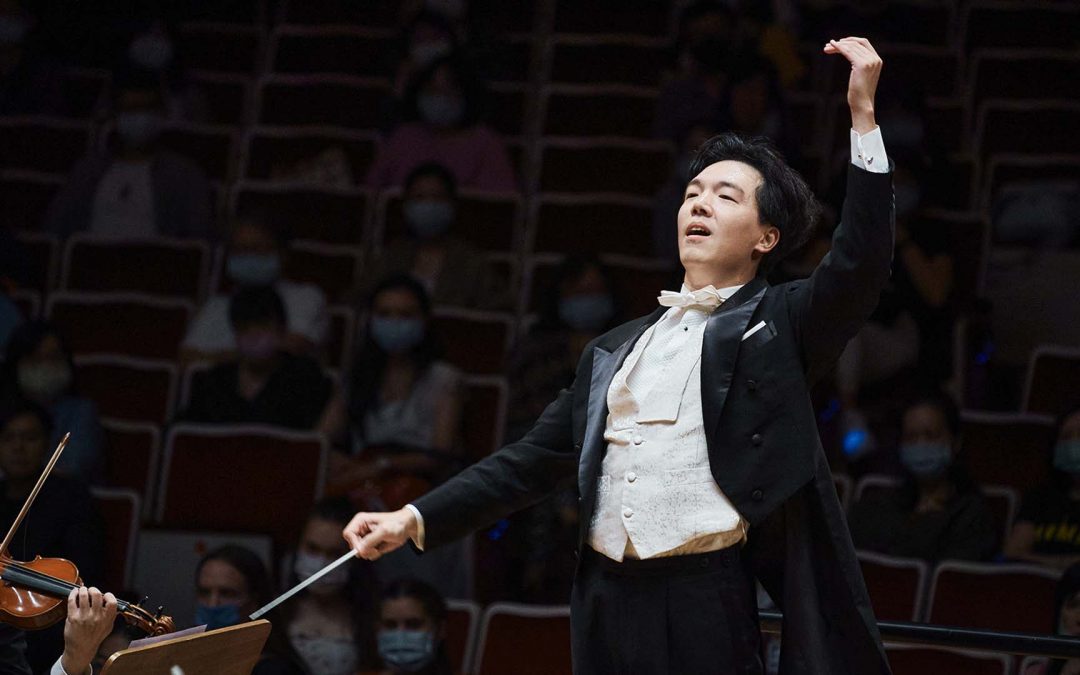 IMG Artists is delighted to welcome conductor Lio Kuokman to its roster for general management. He will be represented by Artist Manager Elena Kostova from the company’s London office.

Equally sought after as an opera conductor, Lio has conducted various opera productions including La bohème, L’elisir d’amore, Pagliacci, Turandot, Il Trovatore, Rigoletto, Madama Butterfly, Carmen, and was invited by Maestro Valery Gergiev to be the guest conductor at the Mariinsky theatre conducting Rimsky-Kosarkov’s The Maid of Pskov.

Lio Kuokman said: “It is with great pleasure that I have joined Elena Kostova and IMG Artists for worldwide general management. I value their vision in strategic planning, personalized dedication and tremendous passion in cultivating artists. I look forward to our collaboration in building relationships with orchestras and developing my career on the international stage.”

Elena Kostova said: “I feel deeply privileged that Lio Kuokman has entrusted his general management to IMG Artists as he is a conductor of remarkable abilities and huge potential for further growth. I particularly look forward to helping Lio establish his presence beyond the Asian continent where he is currently in high demand working regularly with orchestras such as the as the Hong Kong, Shanghai, Taiwan and Seoul philharmonics; NHK, Tokyo Metropolitan, Hiroshima and Kyoto symphonies.”

Born in Macao, Lio studied piano and conducting at the Hong Kong Academy for Performing Arts, the Juilliard School, the Curtis Institute of Music and the New England Conservatory. He was the laureate of the third Svetlanov International Conducting Competition in Paris, and has served as assistant conductor to music director Yannick Nézet-Seguin with the Philadelphia Orchestra.

He is a founding member and President of the Macao Chamber Music Association. For his contributions to the development of arts and culture, Lio has received a Certificate of Commendation and Medal of Cultural Merit from both governments of Hong Kong and Macao.