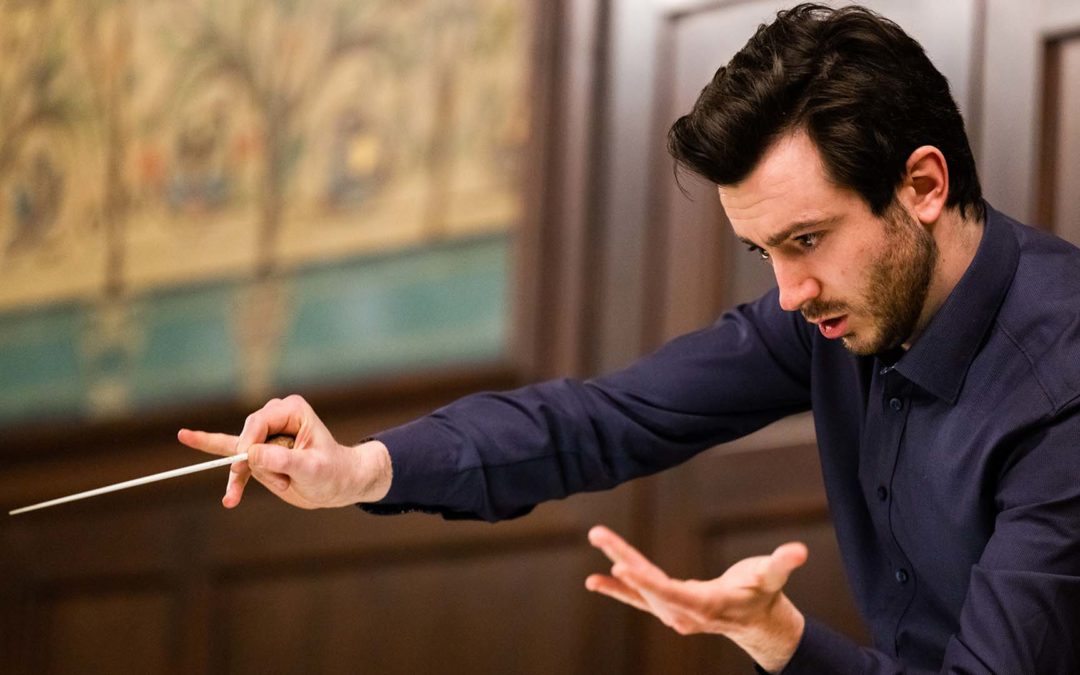 “Martijn Dendievel, remember the name.
He is one of those rare great conductors.”

IMG Artists is delighted to welcome conductor Martijn Dendievel to its roster for General Management. The rising star will be represented by Artist Manager Federico M. Benigni from the company’s London office and Rome.

Dendievel is the 2021 First Prize winner of the Deutscher Dirigentenpreis (German Conductors’ Award) and laureate of the 2021 LSO Donatella Flick Competition.  He is also a finalist in the forthcoming ICCR International Conducting Competition in Rotterdam, taking place in spring 2022.

Born in Belgium in 1995, he took his first conducting steps at age 11 and continued his studies at the renowned Franz Liszt Musikhochschule in Weimar.

In the past few years, Dendievel has developed an incredibly wide and eclectic repertoire and has built a strong reputation conducting some of the top European orchestras. His repertoire ranges from Rameau to Adams, and he is particularly passionate about Weill, Weinberg and Scandinavian repertoire, as well as exploring contemporary and more rarely performed works.

Martijn Dendievel said, ““I am very honoured to be represented by this agency with a great tradition of excellent conductors and artists and I look forward to a future full of exciting events! Especially as a young conductor, the right management is essential for taking the right steps in the right pace. Federico and I have known each other for some years and it’s very special to me that on top of our professional relationship, I can also call him a friend.

“In my work with orchestras and theatres, I try to embrace this idea of both aiming for the highest possible artistic excellence while maintaining the idea of a team spirit – as Marcus Aurelius said: we were born to work together.””

Federico Benigni said, “Martijn is one of the most talented and gifted artists of his generation, proven also by the recent winning of the 2021 Deutscher Dirigentenpreis. His sought-after approach to a wide and eclectic repertoire impressed me largely, as well as his ideas when it comes to planning: he is a brilliant thinker! I followed his artistic development since some years and I’m excited to say that – despite his experiences with top orchestras around Europe – the best is yet to come!”