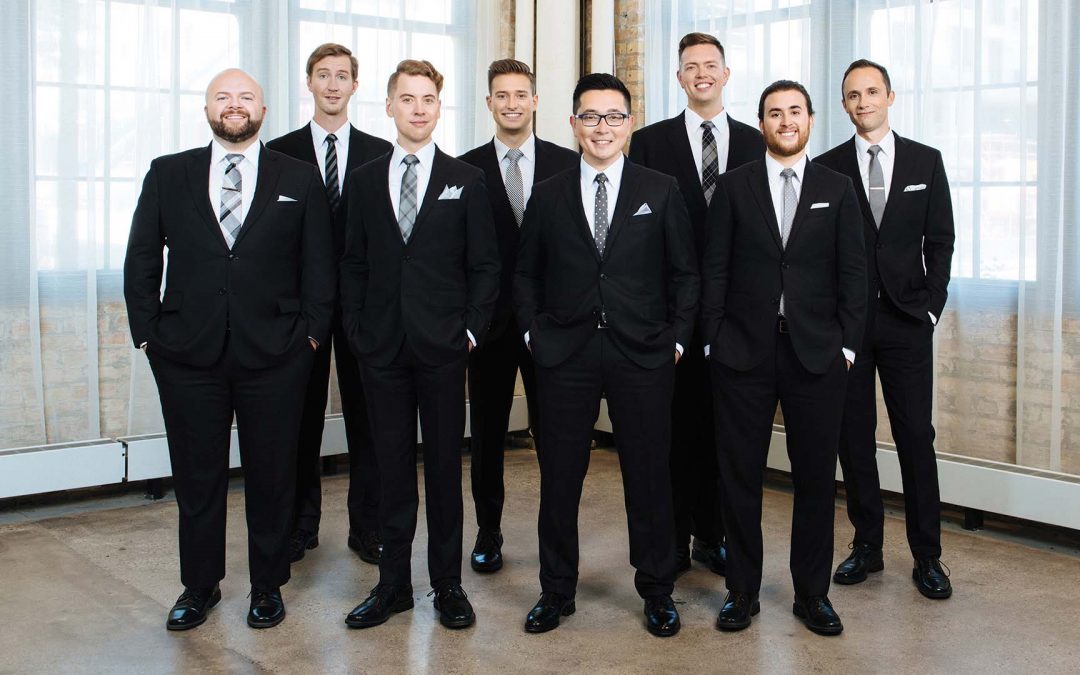 The “engaging” (New Yorker) men’s vocal ensemble Cantus is widely known for its trademark warmth and blend, innovative programming and riveting performances of music ranging from the Renaissance to the 21st century. The Washington Post has hailed the Cantus sound as having both “exalting finesse” and “expressive power” and the Philadelphia Inquirer called the group nothing short of “exquisite.”

As one of the nation’s few full-time vocal ensembles, Cantus has grown in prominence with its distinctive approach to music-making. Working without a conductor, the members of Cantus rehearse and perform as chamber musicians, each contributing to the entirety of the artistic process.

“Cantus strives to give voice to the shared human experience with programs that speak to the moment in which we live. We are pleased to join the esteemed IMG Artists roster and work with Stephanie to engage ever–broader audiences with our music and message,” said Joseph Heitz, executive director of Cantus.

“Cantus is an amazingly well-respected group, possessing a creative and vocal quality that is immensely high,” says IMG Artists Vice President & Artist Manager Stephanie Carlesimo.  “When I first got to know the ensemble, I was inspired by the great work they‘ve done over the past 25 years and could see an even brighter future for them.  With the IMGA network, we can share the unique brand of storytelling and music making Cantus is known for to worldwide audiences. While it is certainly an unusual time to be announcing this new collaboration, we know it is poised for success because Cantus is attuned to the moment and has the capacity to communicate with a level of humanity that is sorely needed now.”

Cantus performs more than 60 concerts each year both in national and international touring, and in its home of Minneapolis-St. Paul, Minnesota. The ensemble has performed at Lincoln Center, UCLA, San Francisco Performances, Atlanta’s Spivey Hall and Bravo! Vail Valley Music Festival.

Cantus has released 18 recordings on the group’s self-titled label and is heard frequently on both classical public radio nationwide and on SiriusXM Satellite Radio.  Manifesto, the ensemble’s debut album for the Signum label, will be released in 2021 and will include works written for Cantus by David Lang, Sarah Kirkland Snider and Libby Larsen among others.

Integral to the Cantus mission is its commitment to preserve and deepen music education in the schools. Cantus works with more than 5,000 students each year in masterclass and workshop settings across the country, and has visited 31 Minnesota high schools throughout the 11-year history of its award-winning High School Residency program.