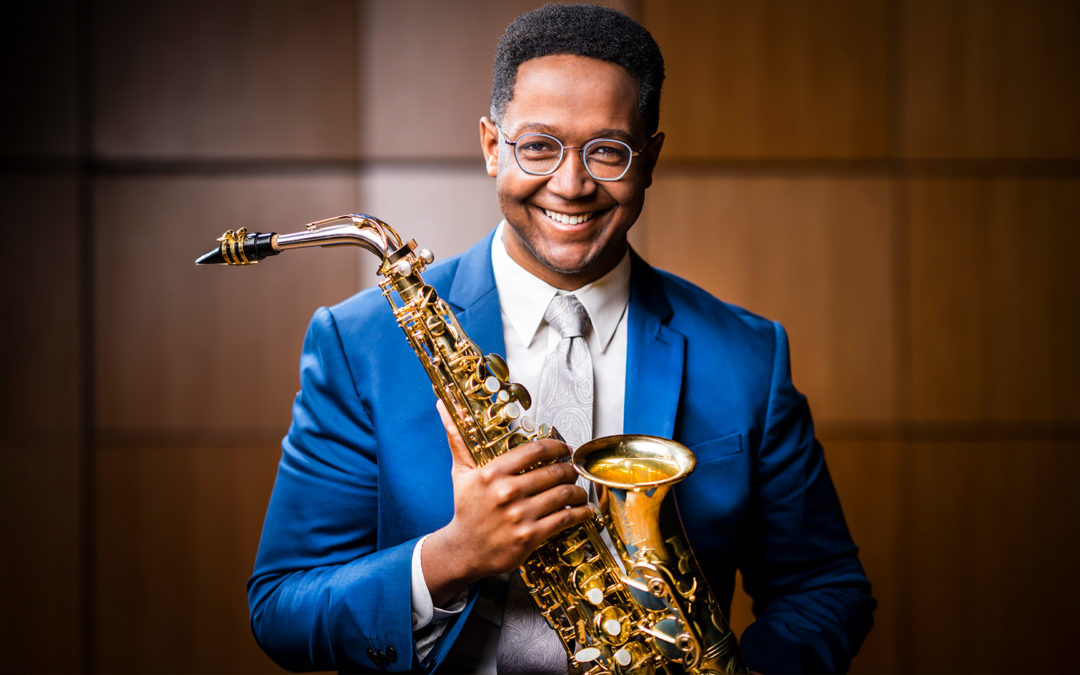 IMG Artists is delighted to welcome saxophonist Steven Banks to its roster for General Management. He will be represented by Naomi Ives from the London office.

As a performer and composer, Banks is striving to bring his instrument to the heart of the classical music world. He is driven to program and write music that directly addresses aspects of the human experience and is an active and intentional supporter of diverse voices in the future of concert music. Rick Perdian from Seen and Heard International said, “one senses that Banks has the potential to be one of the transformational musicians of the twenty-first century.”

Banks is establishing himself as a compelling and charismatic soloist and in 2022, he was awarded the prestigious Avery Fisher Career Grant and was a chosen artist for WQXR’s Artist Propulsion Lab. He was the first saxophonist to be awarded First Prize at the Young Concert Artists Susan Wadsworth International Auditions. Critics have consistently recognized Banks for his warm yet glowing tone, well-crafted and communicative musical expression and deft technical abilities.

Banks said, ” I couldn’t be more thrilled to start the next chapter of my career with Naomi Ives and IMG Artists. Together, we will dream big and strive wholeheartedly to make the world a bit more beautiful, sincere, and connected through music.”

Naomi Ives said, “I am so excited to be working with Steven.  Last year I went to see him in recital in Cleveland and was utterly enthralled by him as both a performer and composer. He has so much to offer and I am honoured to be part of this next step in his career.”

Daniel Kellogg, President of Young Concert Artists, said “For the past three years, it has been an honour to work with the gifted artist, Steven Banks. Witnessing his talents flourish and his artistic vision take shape has been an inspiration. His unique ability to merge exceptional artistry with a fierce drive to make a lasting impact on the world makes him a true rarity in the world of music. Steven is a beloved member of our community, and we eagerly look forward to following his musical journey and the impact it will have on the world.”

Christina Baker and Mic Herring from YCA said, “Steven is an extraordinary artist and it has been a great pleasure and honour to work with him. He is a shining example of what is possible at YCA and we are so proud. We know he is in great hands with our IMGA colleagues and we are so excited for his future.”