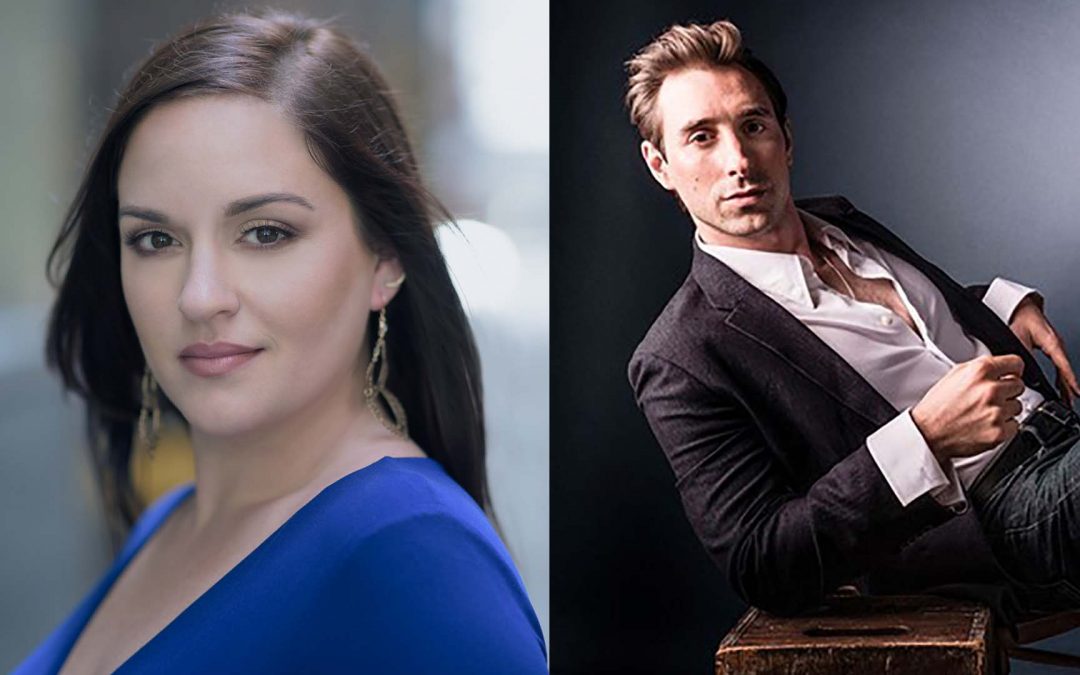 IMG Artists is delighted to welcome two new outstanding singers to its roster for general management: soprano Ann Toomey and bass Christian Zaremba. Both will be represented by Vice President Sam Snook from the company’s New York Headquarters.

American soprano Ann Toomey is a 2016 Metropolitan Opera National Council Auditions national semi-finalist and 2019 Richard F. Gold Career Grant Recipient. Most recently, she made her European debut, to critical acclaim, performing the title role in Suor Angelica at the Berlin Philharmonie, under the baton of Kirill Petrenko. Later in the 2019-2020 season, she sings Dvořák’s Requiem with the Madison Symphony, as well as a concert of arias with the Fresno Philharmonic. This summer, she performs Tatyana in Eugene Onegin at Wolf Trap Opera. Opera News writes, “Her penetrating voice, when producing high, forte pitches, is clear and emphatic yet capable of shading to a sudden diminuendo.”

Hailed for “stealing the evening” (The Washington Post) and being “ideally cast as the assassin Sparafucile, emerging from the shadows with his seething bass-baritone,” French-American bass Christian Zaremba is equally at home under the lights of an operatic drama and on the concert stage. During the 2019-2020 season, Mr. Zaremba appears in Barry Kosky’s production of Agrippina at the Royal Opera House, Covent Garden, before returning to the Metropolitan Opera as Lesbo in an HD Broadcast of Sir David McVicar’s acclaimed production of the same opera. Mr. Zaremba also returns to the Lyric Opera of Kansas City as Colline in La bohème and makes company debuts with L’Opéra de Montréal as Sarastro in Die Zauberflöte and at Nashville Opera as Sparafucile in Rigoletto. In concert, he performs Mussorgsky’s Russian song cycle, Songs and dances of Death, with the Greenwich Village Orchestra.

Ann said, “It has been a pleasure to get to know Sam and the rest of the IMG Artists NY vocal family over the past few years and I am beyond excited for our future working together. Sam’s passion and dedication is inspiring. We have so much music and hard work ahead of us and I look forward to all of it. It is a true honor to join a roster filled with so many incredible musicians.”

Christian said, “It has been a goal of mine since I began singing to be represented by IMG Artists.  I’m thrilled to begin working towards the future with a team that shares my passion for adaptability and integrity.”

Sam notes, ““In these difficult times, I am so thankful that we can continue to do the excellent work of artist management, and am thrilled to work with both Ann and Christian, two excellent artists with so much to say. I look forward to working with them both to develop robust and vibrant careers.”