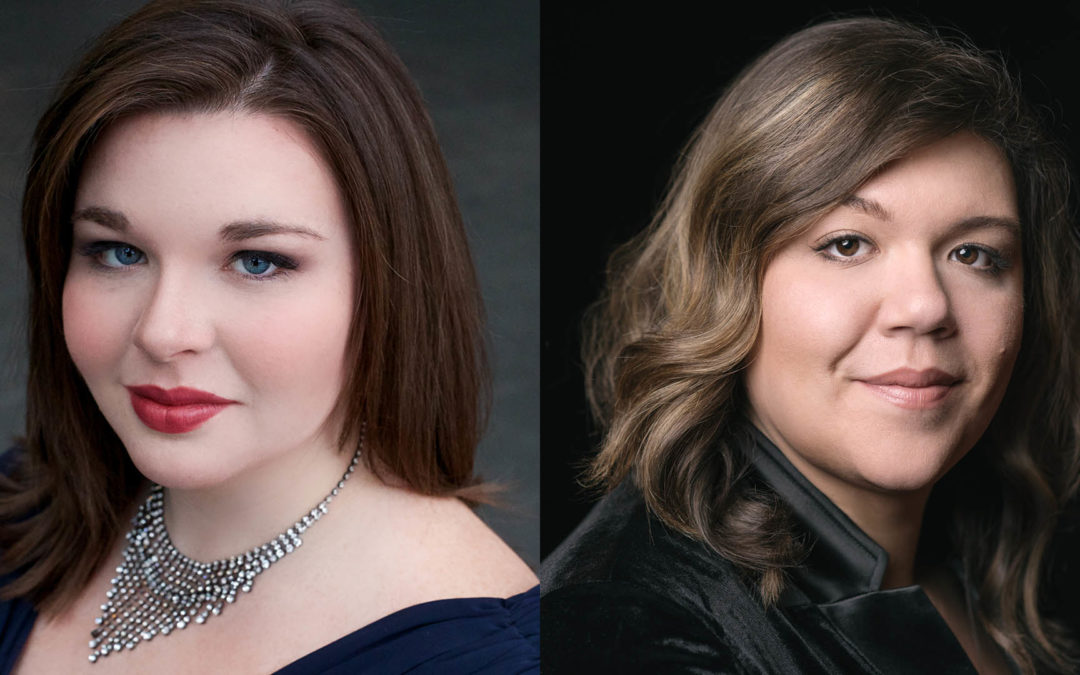 IMG Artists is delighted to welcome soprano Kathryn Henry and contralto Lauren Decker to its roster for general management. Ms Henry and Ms Decker will be represented by Artist Manager Devere Burnett from the company’s New York headquarters.

Hailed for her “clean coloratura and silvery voice”, Kathryn Henry is quickly making a name for herself as one of the most promising young sopranos to watch. She graciously moves audiences with her “flawless sense of line” and “shimmering warmth of sound” that “combines dignity and strength with profound sorrow.”

Devere said, “Kathryn & Lauren are incredibly gifted artists, and it has been an honor to have worked with these ladies for the past decade. Kathryn is a fearless singer with a voice that is reminiscent of generations past and Lauren has a rare voice that only comes once in a generation. I am beyond thrilled to begin this new chapter with them by my side.”

The 2021/2022 season is already brimming with exciting performances. This summer she had the distinct honor of joining the Santa Fe Opera, where she performed the role of Lucy Harker in the world premiere of John Corigliano’s The Lord of Cries and covered the role of Helena in Britten’s A Midsummer Night’s Dream. Following her success as Micaëla in La tragédie de Carmen, Kathryn makes her highly anticipated return to the Florentine Opera Company as the title role in Viardot’s Cendrillon.

In her studies as a Toulmin Foundation Scholar at the prestigious Juilliard School in New York City, Kathryn was seen on the mainstage as Arminda in La Finta Giardiniera and covered the title role in Janáček’s Katya Kabanova. She had the honor of celebrating the 80th birthdays of William Bolcom and John Corigliano as part of the New York Festival of Song at Juilliard, alongside legendary pianist Steven Blier.

Rising star, Lauren Decker, possesses a booming contralto with “amber low notes” that is in a league of its own. She is lauded for “pouring out a dark, chocolatey sound with a plushness of tone and amplitude of voice rarely heard in a young singer”. As a 2021 Fleming Fellow at the Aspen Music Festival, she performed Beethoven’s Symphony No. 9 in their season opening concert, under conductor Robert Spano; Third Lady in Die Zauberflöte; and Eduige in Rodelinda..

Additional recent and forthcoming highlights include her Opera Philadelphia debut as Giovanna in Rigoletto, covering the roles of Erda in Das Rheingold and Siegfried and 1st Norn in Götterdämmerung;  Schwertleite in Die Walküre as a part of David Pountney’s “brilliantly imaginative”, new Ring Cycle at the Lyric Opera of Chicago; and her San Francisco Symphony debut with Elgar’ Sea Pictures.

Lauren’s prizes and honours include: 2019 Operalia quarterfinalist, the Richard F. Gold career grant, and 2018 Metropolitan Opera National Council Auditions national semi-finalist, the 2019 Edith Newfield Scholarship from the Musician’s Club of Women of Chicago and the 2018 Lola Fletcher scholarship in voice with the American Opera Society of Chicago.

In addition to her four year tenure at the Ryan Opera Center, Decker has participated in the Britten-Pears Program at Snape Maltings, United Kingdom, Dolora Zajick’s Institute for Young Dramatic Voices, the American Wagner Project (Washington, D.C.) and the Georg Solti Accademia di Bel Canto (Italy). The Wisconsin native holds a B.F.A. in vocal performance from the University of Wisconsin-Milwaukee.