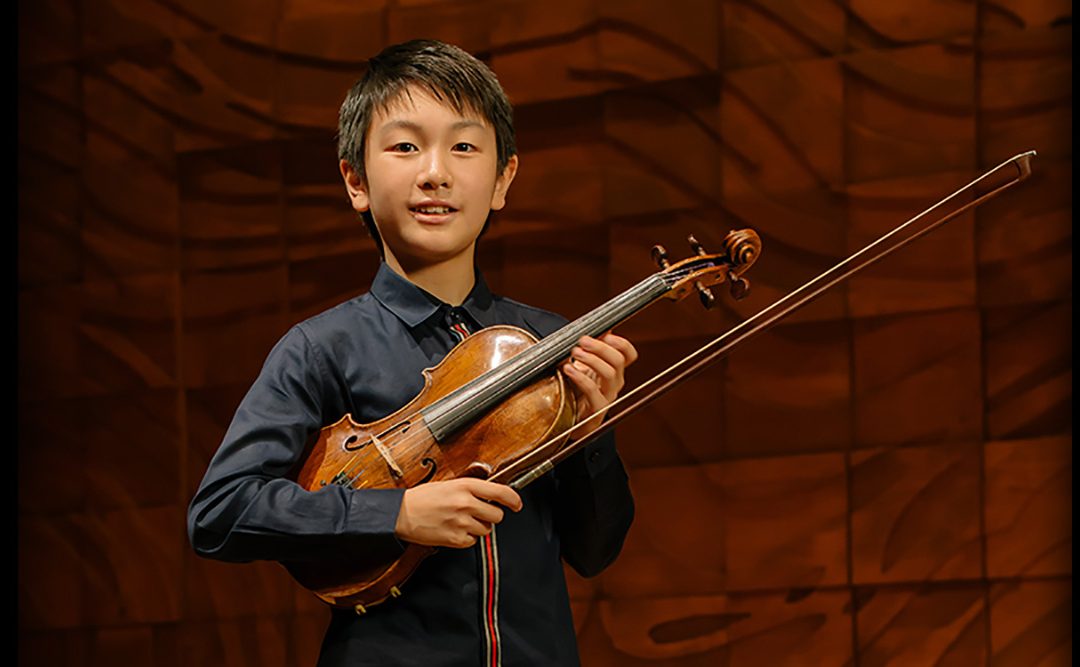 IMG Artists is thrilled to announce signing of Australian-Chinese violinist Christian Li for general management. He will be represented by EVP and Global Head of Conductors & Instrumentalists Naomi Ives and Artist Manager Agnieszka Mikus from the company’s London office.

Born in Melbourne Australia in 2007, 12-year-old Christian began learning the violin at the age of 5 and made his solo debut at the age of 9 with the Australasian Orchestra, and his professional concerto debut at 10, performing the Mendelssohn Violin Concerto with Orchestra Victoria. Since becoming the youngest-ever Junior 1st Prize winner of the 2018 Yehudi Menuhin International Violin Competition at the age of 10, Christian went on to become the youngest artist signed with Decca Classics.

Naomi and Agnieszka said: “We are thrilled to begin our collaboration with Christian who is undoubtedly one of the most promising young violinists of today. It is remarkable how much talent and potential is stored in such young person, someone at the very beginning of his musical career yet already showcasing deep musicality and virtuosity. We are honoured to be a part of his musical journey and to support his artistic development at a pace that is right for him. As any teenager, Christian enjoys sport and is a big fan of Harry Potter books and we want to make sure that he continues to enjoy all aspects of his youth while we advise him on his musical career progression.”

In 2019 he made acclaimed debuts with the Melbourne and Sydney Symphony Orchestras, The Australian Brandenburg Orchestra, and the China Philharmonic Orchestra and gave highly successful debut UK recitals at the Gower, Harrogate International and Cheltenham Music Festivals. Christian also performed at Festivals in Norway and Israel, including a televised performance at the Tel Aviv Opera House. In coming seasons, he will appear with orchestras and at festivals in Australia, the USA, Germany, Israel and Asia and will feature on Universal Music’s “Disney Goes Classical” release, performing with the London Symphony Orchestra.

Christian performs on the 1737 ex-Paulsen Guarneri del Gesù violin, on loan from a generous benefactor and uses a bow by François Peccatte. He studies under Dr. Robin Wilson, Head of Violin at the Australian National Academy of Music in Melbourne.