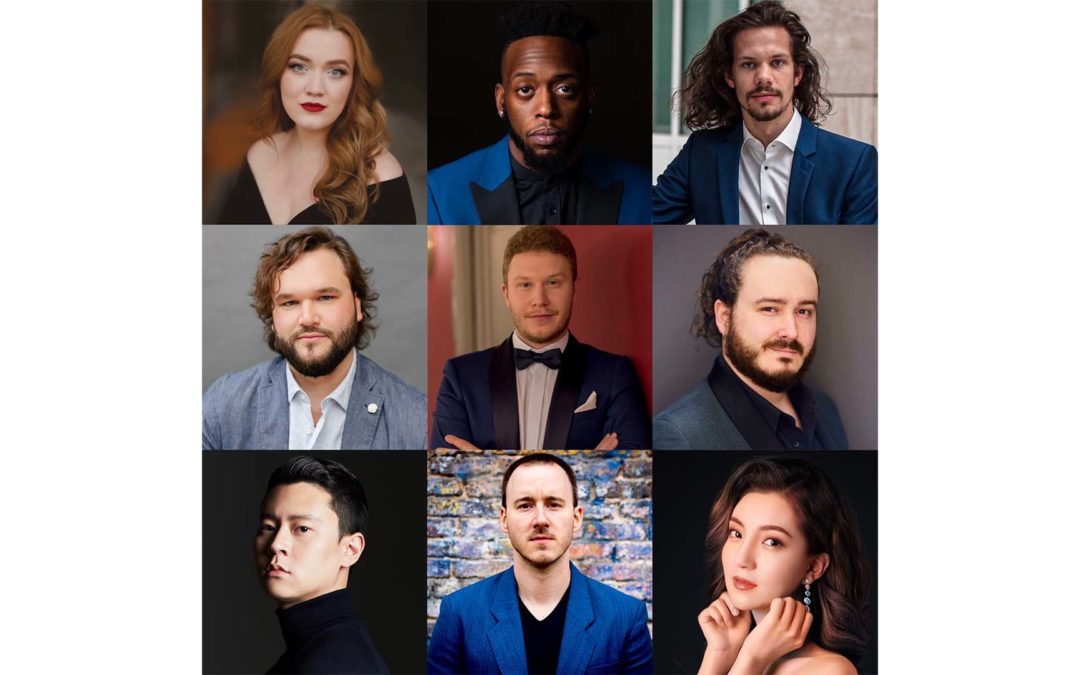 Devere says, “I am thrilled to announce this fine group of talented young artists. They represent the best of the best from across the globe, hailing from 5 different countries. Their futures are already shining bright, as they are working with some of the finest opera houses in the world and winning major prizes in top competitions internationally. Each of them is a paragon of excellence within their own specialty, and I am eager to see what adventures lie ahead.”

Hailed as “a bright, agile soprano” (Opera News), Meigui Zhang is an alum of the Metropolitan Opera’s Lindemann Young Artist Development Program. The 2021-2022 season marks her return to the Metropolitan Opera stage as Thibault in Sir David McVicar’s new production of Don Carlos and Barbarina in Le nozze di Figaro, followed by her San Francisco Opera debut in their revival of Bright Sheng’s The Dream of the Red Chamber as the lead role of Dai Yu.

Praised by Opera News for her “deep mezzo and vibrant metallic timbre,” American mezzo-soprano Maire Therese Carmack is an alum of the Palm Beach Opera Bailey Apprentice Artist Program, The Glimmerglass Festival Young Artists Program, and the Pittsburgh Opera Resident Artist Program. The 2022-2023 season marks an exciting European debut for Ms. Carmack with Deutsche Oper Berlin, where she opens the season in the title role of Carmen.

Lyric tenor, Kirill Belov’s voice is revered for its “endurance, shameless nuance, and seductive timbre.” Roles in his repertoire include the title role in Roméo et Juliette, Nadir in Les pêcheurs de perles, and Tonio in La fille du régiment. This summer Kirill will make his North American debut with the Aspen Musical Festival as a Renée Fleming Fellow performing Fenton in Falstaff.

One of CBC’s 2019 “30 Hot Classical Musicians Under 30,” and a current member of the Canadian Opera Company Ensemble Studio, Matthew Cairns was recently seen as the Prince of Persia in Turandot, the Witch in Hansel and Gretel, Gamekeeper in Rusalka, and is covering Alfredo in La traviata. Mr. Cairns is a semifinalist in the 2022 Metropolitan Opera Eric and Dominique Laffont Competition and a finalist in the 2022 Neue Stimmen competition.

An alum of the prestigious Merola Opera Program, Alex DeSocio is described by The New York Times as having a “buttery, booming baritone.” A highly awarded artist, Mr. DeSocio’s achievements include being a two-time semifinalist in the Metropolitan Opera National Council Auditions, laureate in the Queen Elisabeth Competition in Brussels, finalist in the Eleanor McCollum Competition, and winner of the Palm Springs Opera Guild Vocal Competition, Sullivan Foundation Award, and Opera Birmingham Vocal Competition.

Bass Jonas Jud of Switzerland joins the International Opera Studio of Opernhaus Zürich in the fall of 2022 and sings Sarastro in Die Zauberflöte with Opernspiele Munot this summer. Mr. Jud is a current semifinalist in the Metropolitan Opera Eric and Dominique Laffont Competition and was a finalist in the 2022 Eleanor McCollum Competition at Houston Grand Opera. In 2021, he won first prize at the NSA Student Auditions, Grand Prize at the MIOpera competition, and received the encouragement award at the Premiere Opera Foundation competition.