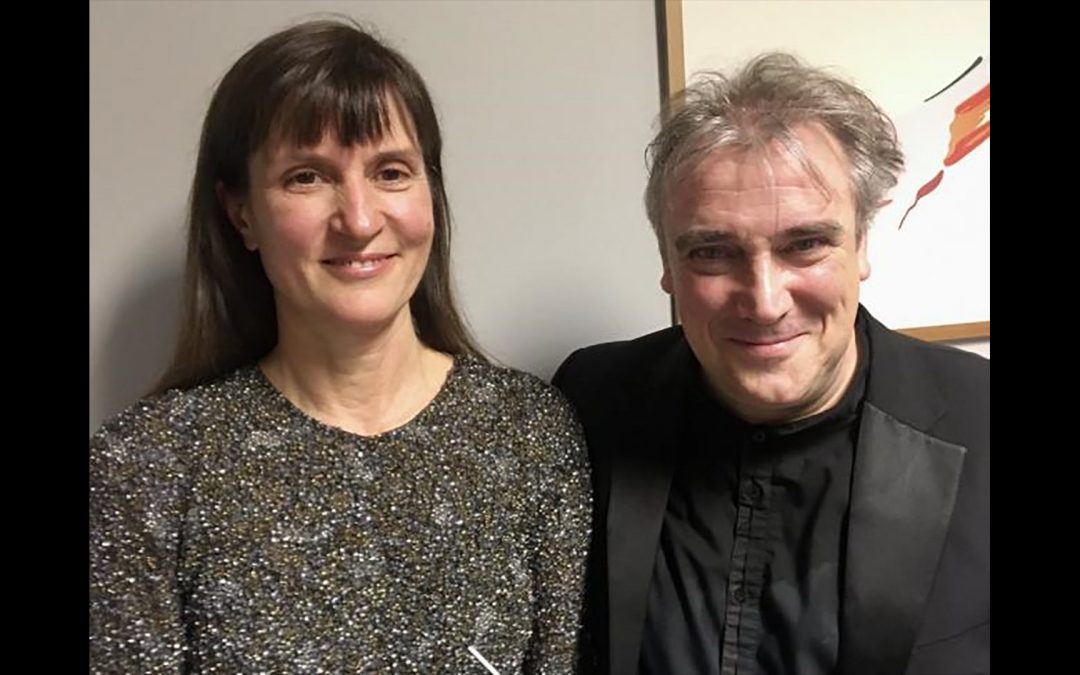 Jaime Martín and the Swedish Philharmonia (Gävle Symphony Orchestra) have returned from an extensive UK tour. From 7 – 15 March, they performed in Leeds, Manchester, Cambridge, Cheltenham, Guildford, London (Cadogan Hall) and Edinburgh. Viktoria Mullova was the outstanding soloist and the repertoire included Mendelssohn’s Reformation Symphony, Prokofiev Violin Concerto No. 2 and Sibelius Symphony No. 5.

Reviewers described the orchestra as “magnificent”, wrote of its “distinctive string sound” and commented widely on Jaime’s expressiveness and energy.

The Cambridge Critique’s Anne Garvey wrties, “In this time of tribulation, it is a true test of music lovers to turn out for a major European orchestra. Jaime Martín, the charismatic conductor congratulated the audience on being there at all. No wonder he is a hugely popular persona on the musical stages of the world. His orchestras read like a list of the brightest and best from Europe to California, yet it’s clear that the breathtakingly talented set of musicians, the Gävle Sinfonia ( just to confuse readers ) sometimes known as the Swedish Philharmonia, is his absolute favourite.

…“[Mullova] played Prokoviev’s brilliant and original Violin Concerto No 2 with verve. I have to confess that the second movement was just so beautiful, tears simply came into my eyes spontaneously. All the sparse audience could do was to clap to exhaustion to show how much we appreciated this gifted virtuoso before us.”

Claire Seymour in Seen and Heard International says, “Sitting in the Gallery of Cadogan Hall, before we heard a note I found myself ruing the infrequency of opportunities to hear any of Mendelssohn’s symphonies; even the Scottish and Italian seem to be rarely programmed these days, and performances of the Reformation are scarcer still.  Jaime Martín’s real sense of both the form and the drama of the latter made this neglect seem even more of an injustice.

“The introductory Andante allied elegance with a sense of gravity, the cellos and basses resonating with organ-like sonority.  At first the brass were a little too radiant, threatening to overpower the strings, but Martín quickly found a true balance.  Mendelssohn’s counterpoint can sometimes become a bit stolid and work-a-day (if my memories of playing the string symphonies are accurate) but here, in the Allegro con fuoco, it flew.  As Martín crafted lines of real clarity and the strings played with strongly defined tone, the intensity accumulated, and the movement acquired an almost operatic sense of drama.  The Allegro vivace was warm and not too fast.  In this and the third movement, Martín dispensed with his baton using his shoulders and elbows to nudge forward and dig in and down, while subtle hand gestures drew details from his musicians.”