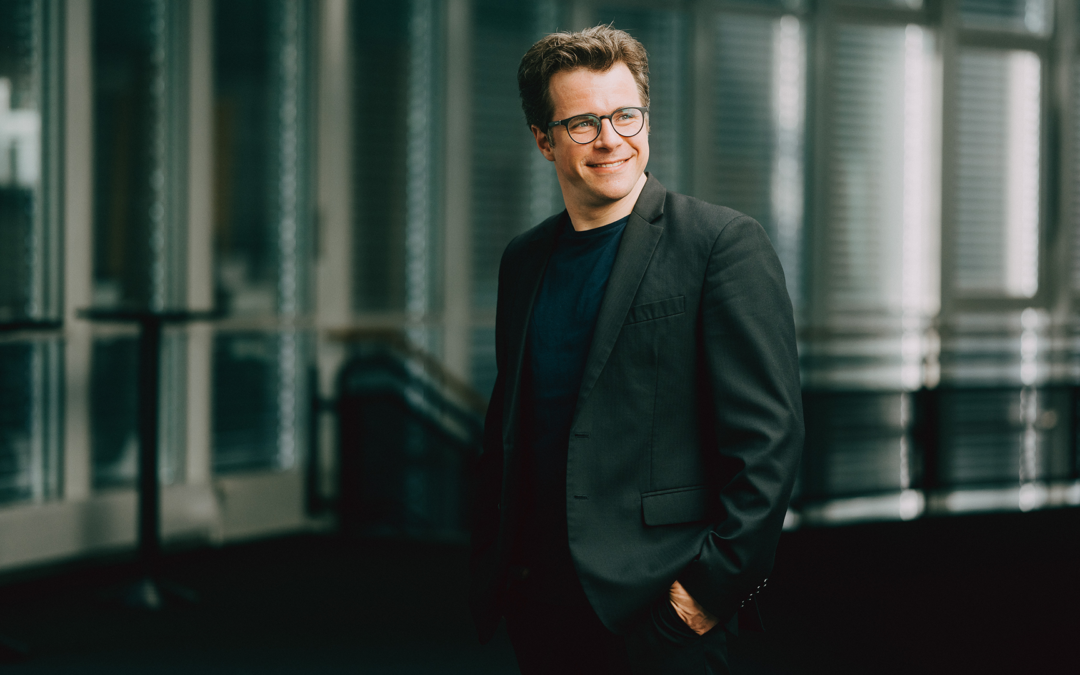 Last week, Jakub Hrůša conducted the final performance of Leoš Janáček’s Káťa Kabanová at this year’s Salzburg Festival. The new production by Barrie Kosky, featuring the Vienna Philharmonic, was Hrůša’s debut at the Festival and earned him unanimous praise from reviewers.

Writing about the performance, Bernd Künzig from SWR.de wrote, “…but what the Czech conductor Jakub Hrůša does on the podium of the Vienna Philharmonic has rarely been heard like this. It is probably what Janáček had in mind. No romantically soft mixed sound, but the dry straightforwardness of his spoken melodies transformed into the orchestra…Passionate, though. Here love is not whispered, but spoken. The relentless clarity of desire, malice, suffering and passion is in every instrumental nuance, which the conductor shapes like a sculpture before our ears. A brilliant evening for a brilliant work.”

Robert Braunmüller from Münchner Abendzeitung wrote, “Janáček’s music has not been realised more conclusively in the 90 intermissionless minutes of this performance for a long time, and probably never more beautifully.”

Florian Oberhummer from Salzburger Nachrichten wrote, “Jakub Hrůša celebrates a successful Salzburg debut, his expertise in this idiosyncratic sound world is a great asset for this evening. The Overture alone, with its constant changes of odd and even metres, flows naturally with the Vienna Philharmonic, unfolding a luxurious variety of colours in the interludes between birdsong, percussive complexity and golden wind power.”

Valerio Capelli from Corriere della Sera wrote, “With Janáček, Czech conductor Jakub Hrusa unleashes the music of his homeland, so transparent and theatrical that it is instantly recognisable.”

Sven Ricklefs from BR.de wrote, “…a piece of concentrated music theatre in a class of its own.”

Hrusa’s next performances with the Vienna Philharmonic come later this year in November, with a programme of Lutosławski’s Concerto for Orchestra and Rachmaninov’s Piano Concerto No. 3 in D minor, featuring pianist Evgeny Kissin. More information and tickets are available here.