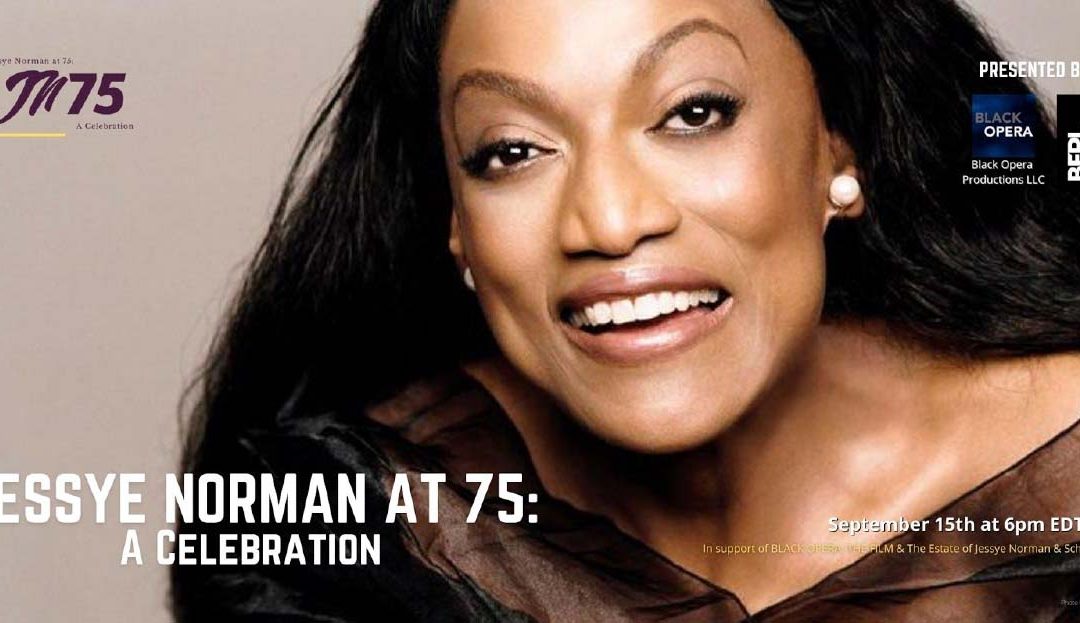 Concert tribute to feature personal reflections and readings by luminaries and close friends of the beloved American icon, with performance dedications by some of opera’s leading Black singers

NEW YORK – Black Opera Productions LLC, and Presenting Partner, Brookfield Place, will present Jessye Norman at 75: A Celebration LIVE on Tuesday, September 15, 2020 at 6:00 PM ET, to commemorate the legendary singer’s first birthday in memoriam, presented in support of the Estate of Jessye Norman and Jessye Norman School of the Arts, and the forthcoming documentary film Black Opera.