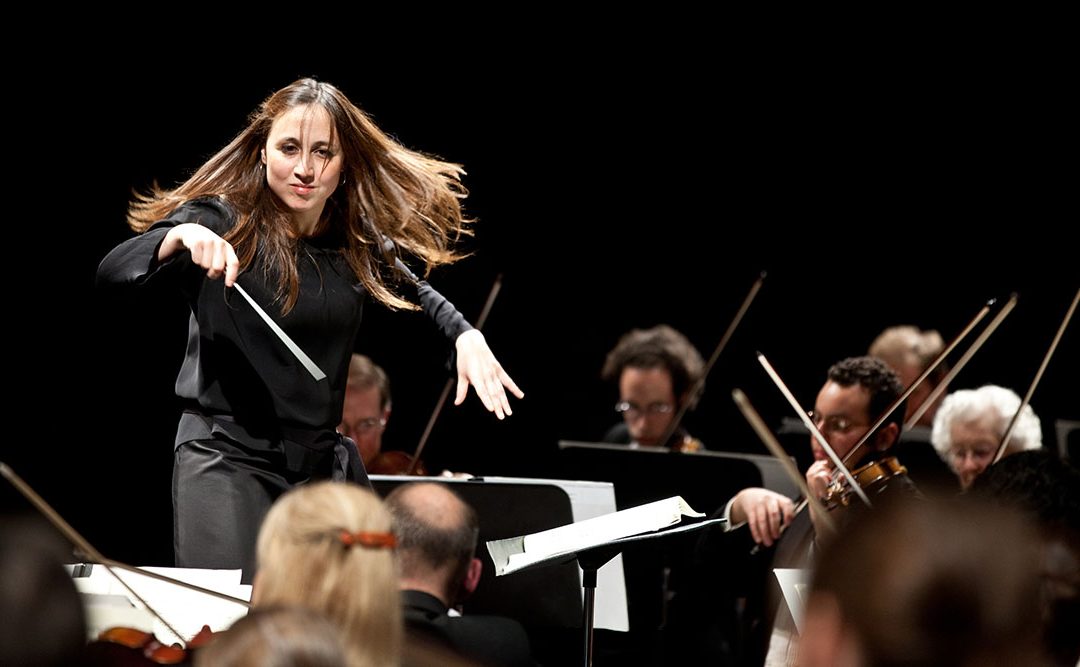 Joana Carneiro has been announced today as the new Principal Guest Conductor of the Real Filharmonía de Galicia. She will begin her tenure at the start of the 2020/21 season.

Joana made her debut with the orchestra in September 2019.  The musicians of the RFG are in charge of proposing the principal guest conductor and Joana was chosen by an overwhelming majority. She has been invited to work with the orchestra for two weeks each season.

She says, “I am very honoured and humbled by the invitation to be the Principal Guest Conductor of the Real Filharmonia de Galicia. Knowing that this came from the wonderful artists of the orchestra moves me greatly and makes me feel even more grateful for this opportunity to deepen my relationship with the RFG.  I am looking forward to many concerts in the future.”

Acclaimed Portuguese conductor Joana Carneiro is Principal Conductor of the Orquesta Sinfonica Portuguesa and Teatro Sao Carlos in Lisbon.  From 2009 to 2018 she was Music Director of Berkeley Symphony, succeeding Kent Nagano as only the third music director in the 40-year history of the orchestra.  From 2006 to 2018 she held the title of Guest Conductor with the Gulbenian Orchestra.

Recent and future guest conducting highlights including engagements with the Philharmonia Orchestra, Maggio Musicale Fiorentino, BBC Symphony, BBC Scottish Symphony, Royal Stockholm Philharmonic (whom she conducted at the Nobel Prize Ceremony in December 2017), Gothenburg Symphony, National Arts Centre Orchestra in Ottawa, Bergen Philharmonic and the BBC Scottish Symphony.  In 18/19 she conducted Bernstein’s “It’s a Wonderful Town” with the Royal Danish National Opera and a new production of “Carmen” at the Royal Stockholm Opera.  In February 2020 she conducts a new production of “Nixon in China” by John Adams at the Scottish Opera.