Mariachi Herencia de México to Perform at the White House: Spirit of the Season December 21 on PBS 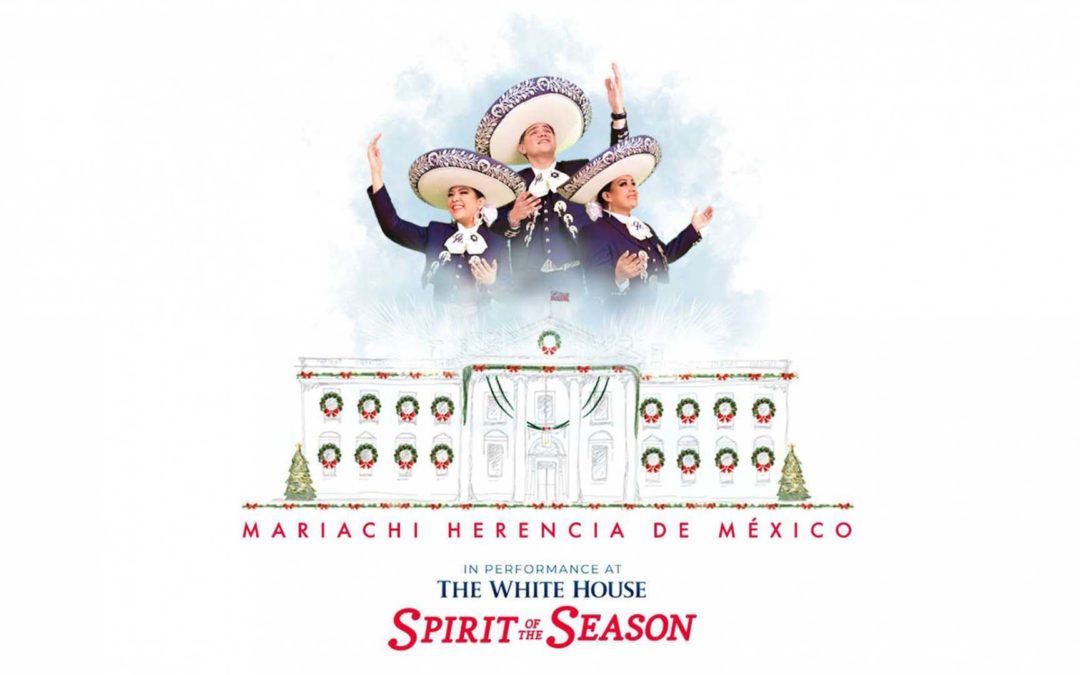 Mariachi Herencia de México, the Latin GRAMMY®-nominated group of young Mexican-American musicians from Chicago, will take to the stage for In Performance at the White House: Spirit of the Season. The television special will be broadcast on PBS across the USA on Dec. 21 at 9PM.

The special is produced by WETA, in association with Ken Ehrlich Productions. Executive producers are John F. Wilson and Ehrlich, with producer Renato Basile and director Toré Livia.

In addition, Mariachi Herencia de México ring in the holiday season with a mariachi twist on the Christmas classic, “It’s the Most Wonderful Time of the Year.” The group recreates the Andy Williams Christmas classic with a fresh and modern sound that is sure to leave you filled with holiday cheer.

Mariachi Herencia de México was formed in Chicago and is composed of 18 young musicians between 17 and 22 years old both male and female. The Latin GRAMMY®-nominated band has released four highly acclaimed studio albums with chart-topping debuts on both the Billboard and the iTunes Latin Albums charts, defying a music industry trend and pointing to a revival in recorded mariachi music.

Mariachi Herencia de México has toured throughout the U.S., Mexico and Canada. The band has performed alongside major artists like Lila Downs, Aida Cuevas, Los Lobos, Pedro Fernández, and Mariachi Vargas de Tecatitlán, demonstrating that this group of young musicians has the talent, training and bravado to hold their own with the best in the world.