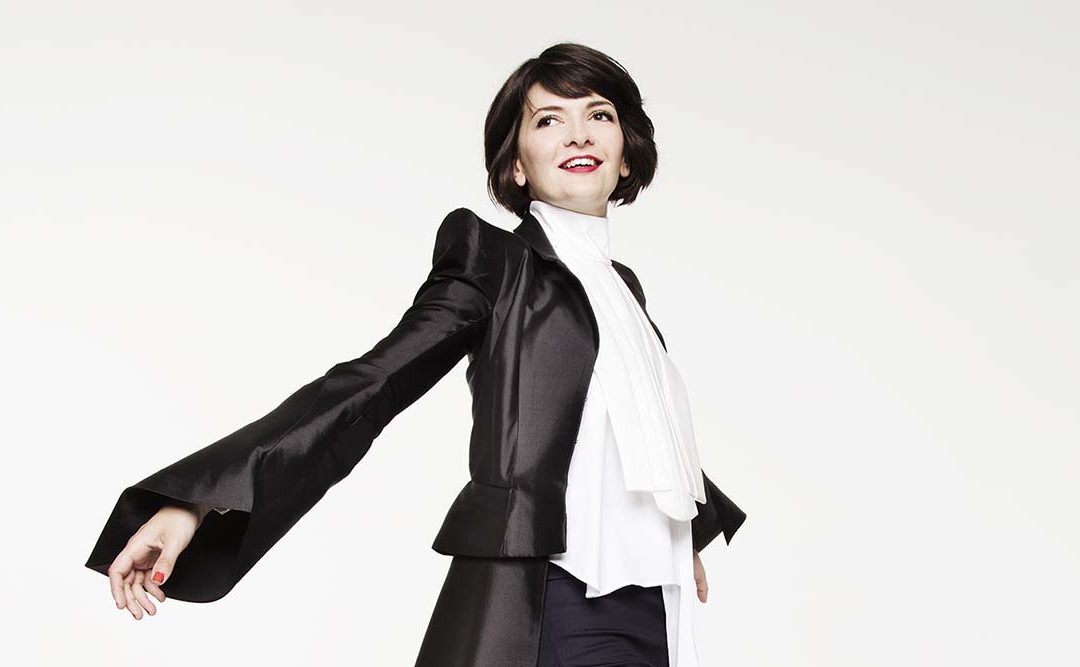 Marianne Crebassa is earning rave reviews for her Metropolitan Opera debut as Cherubino in Mozart’s Le Nozze di Figaro (through 22 February). Zachary Woolfe writes in The New York Times, “Ms. Crebassa’s silvery shimmer projected clearly and cleanly on Wednesday. Gamine and nimble, her Cherubino was spirited without being overplayed.”

OperaWire’s David Salazar adds, “As Cherubino, Marianne Crebassa matched her colleagues’ refined vocalism, delivering a handsomely sung interpretation of the hormonal teenager. There was brightness in everything she sang, with the opening aria “Non so più cosa son, cosa faccio” full of propulsion and energy. She made it sound easy, underlying a sense of confidence in Cherubino.”

For New York Classical Review’s Eric C. Simpson, “Crebassa gave a winning debut…charming with her full embrace of the character’s adolescent antics. There is a bewitching energy in her mezzo-soprano, which features a bright tone and quick vibrato.”

Marianne Crebassa is confirming her place on the most prestigious world stages, across the opera, concert and recital repertoires.

In addition to The Met, Marianne’s 2019/20 highlights include her return to Chicago as Rosina, her returns to Berlin and Vienna for new productions of Cosi fan Tutte as Dorabella. On the concert stage, she sings Mahler 3 in Paris conducted by Esa-Pekka Salonen and embarks on a European tour in the title role Ariodante.  Additionally she makes her Wigmore Hall recital debut.

As an exclusive recording artist with Erato, her second disc, “Secrets”, an eclectically chosen programme recorded with Fazil Say, was released in 2017 and received a Gramophone Award.   The duo has recently given recitals together in La Scala, the Salzburg Festival, the Theatre des Champs Elysées, the Elbphilharmonie.