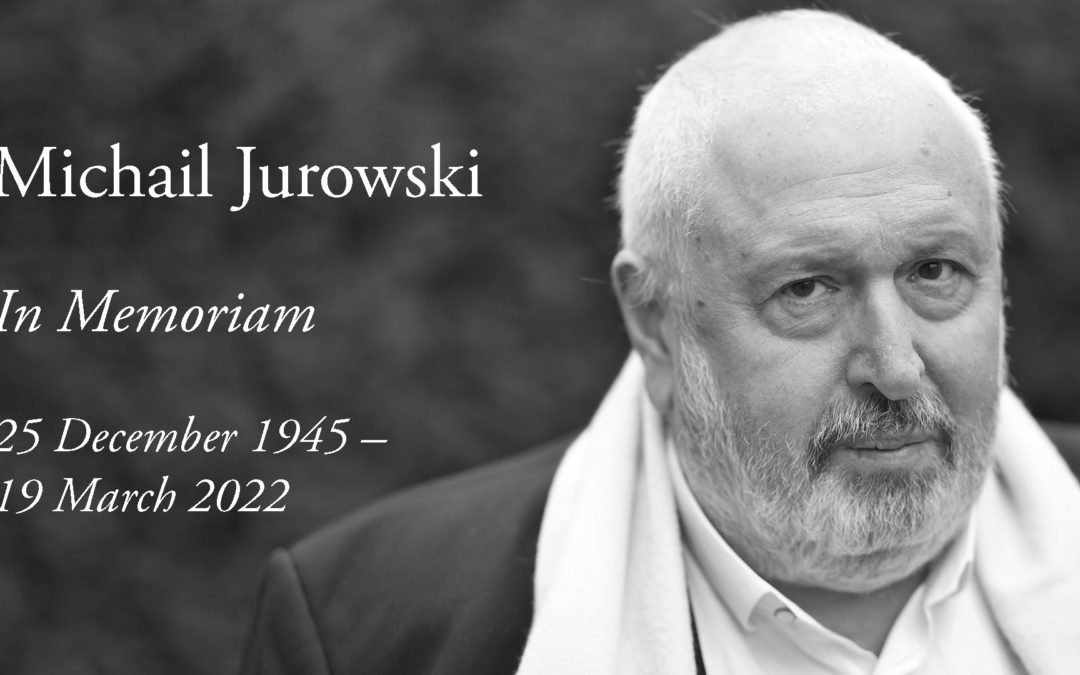 It is with great sorrow that we announce the passing of Maestro Michail Jurowski. He passed away on 19 March 2022. Born into a house of music, he will be remembered for his transformative and insightful interpretations, as well as being patriarch to a family of extraordinary musicians.

Maestro Jurowski was represented at IMG Artists by Naomi Ives and Kaija Lappi.

Naomi said, “It is with great sadness that I write about the loss of Michail. He was a true pleasure to work with and I feel a deep sense of pride that I was able to work so closely with him.  Not only did he conduct some of the greatest performances I have had the fortune of hearing, he was a joy to spend time with.  While music has lost a truly great conductor, the world has lost a wonderful man full of compassion, wisdom and wit.

“I will miss him greatly and my love goes to all his family who have lost an amazing husband, father and grandfather.”

Kaija said, “I am incredibly saddened by this news. Michail Jurowski was a phenomenal artist, always generous in sharing both his musical history and expertise, and his wonderful sense of humour. He will be missed by colleagues all over the world.”

Opera and Ballet seasons saw him conduct Khovantchina at the Bastille, Paris, Prokofiev‘s Fiery Angel at both the Bolshoi and Staatsoper Münich, Pique Dame and Eugene Onegin for Malmö Opera, The Love of Three Oranges in Geneva, and the lauded Romeo and Juliet with Zürich Opera, and new productions of The Nutcracker, Cinderella and Swan Lake at La Scala Milan.  His much awaited debut at The Met to conduct Fiery Angel was sadly cancelled during the Covid-19 pandemic.

In 1992 and 1996 Jurowski won the German Record Critics’ Prize and in 2001 he received a Grammy nomination for 3 CD productions of Orchestral Music by Rimsky-Korsakov with the RSB Orchestra. He was most recently awarded the German Record Critics’ Prize again in 2017, for his disc of music by Shostakovich, Pӓrt and Weinberg, recorded live with the Staatskapelle Dresden at the International Shostakovich Festival in Gohrisch, and described by the jury as “a symphonic voyage of discovery”.