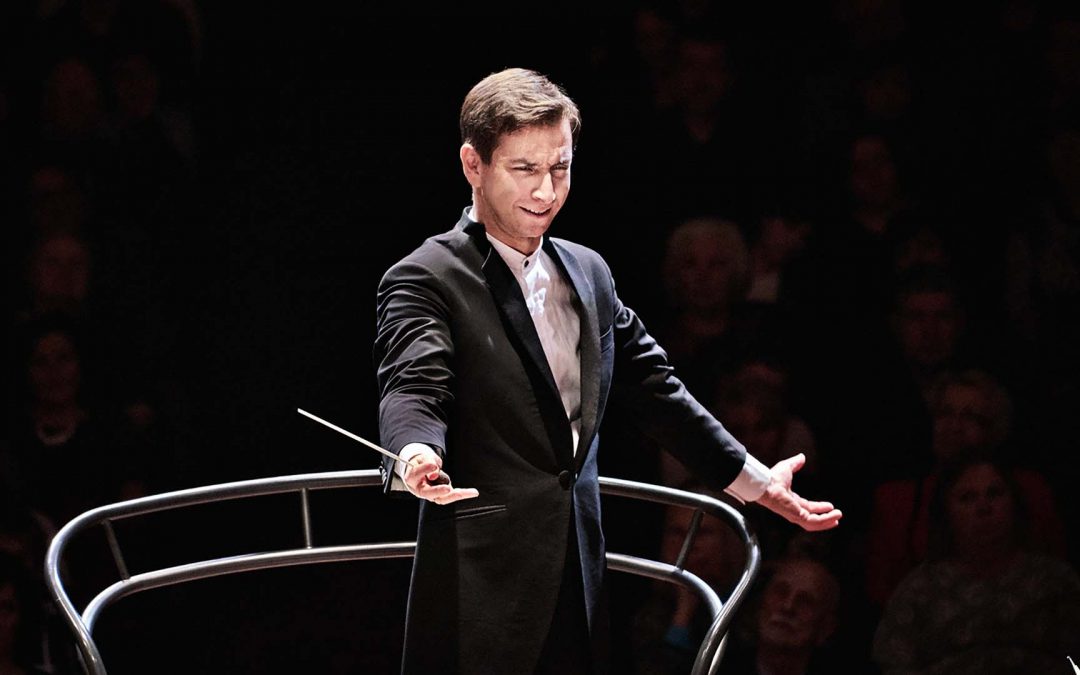 Mihhail Gerts returns to the RTÉ National Symphony Orchestra on Friday, 21 February, to conduct Wagner’s Prelude and Good Friday Music from Parsifal and Bruckner’s great Symphony No. 7. He is stepping in for Principal Guest Conductor Nathalie Stutzmann who has withdrawn due to unforeseen circumstances. The concert will be broadcast live on RTÉ Lyric FM’s The Lyric Concert with Paul Herriott from 19:30 local time.

This concert marks Gerts’ third appearance on the orchestra’s podium this season, and his fourth since his debut in March 2019. In 2019/20 he has conducted works by Bartók, Rachmaninov and Stravinsky in September and Bruckner’s Symphony No. 8 on 7 February.

“The guru and his disciple – Wagner and Bruckner – come together in two towering works that exalt in music’s transcendental power to transport us into the sublime. Mihhail Gerts, stepping in for Principal Guest Conductor Nathalie Stutzmann who has withdrawn due to unforeseen circumstances, makes a welcome return to conduct music that glows and blazes with poetry and passion.

“The Prelude and Good Friday music from Richard Wagner’s last opera Parsifal bookends the epic tale of the knight who goes in search of the Holy Grail to conjure Arthurian romance and religious awe in music of elusive mystery and overwhelming magnificence.

“Bruckner had already paid tribute to Wagner in his Third Symphony, quoting two of the elder composer’s operas and dedicating the work to him. The Seventh Symphony pays more sophisticated homage, at its heart a soulful passage, heart-wrenching in its bleak, beautiful sincerity, described by Bruckner as ‘funeral music for the Master’.

“One of the truly great symphonies, Bruckner’s Seventh is a work to surrender to and submerge yourself in for a journey into a world of the imagination and the heart unlike any other.”

Gerts has established regular collaborations with orchestras including the Sinfonia Varsovia, National Philharmonic of Russia and Estonian National Symphony Orchestra, with whom he recently conducted a tour of Germany with violinist Nicola Benedetti. Recent work with the RTÉ NSO includes Bruckner’s Eighth Symphony in early February, and a performance last September including The Rite of Spring, and the Rhapsody on a Theme of Paganini with Fiachra Garvey as soloist. Forthcoming dates include performances with the Shanghai and Guangzhou Symphony Orchestras.

Highlights from the last seasons include a successful debut with the Ulster Orchestra, a return to Oulu Sinfonia, where he conducted Hans Rott’s rarely-performed First Symphony, and debut with Opera Saint-Etienne in Benjamin Godard’s Dante, as well as debuts with NHK Symphony Orchestra, Osaka Philharmonic Orchestra and Orchestre National de Lille. During Gerts’ spells at the Hagen Theater and Estonian National Opera, he conducted over forty different productions of opera and ballet, most recently a new production of The Flying Dutchman. As a guest conductor, he has appeared at the Teatro la Fenice, Teatro delle Muse, Mikhailovsky Theater St. Petersburg, Belarus National Opera, and many others.

Gerts studied conducting at the Estonian Academy of Music and the Hochschule für Musik Hanns Eisler, Berlin. From 2013 to 2017 he was a Stipendiate of the Dirigentenforum Programme of the German Music Council, and in 2014 was a finalist in the London Symphony Orchestra’s Donatella Flick Competition and Evgeny Svetlanov Conducting Competition.

For more information and to purchase tickets, please visit: www.orchestras.rte.ie.