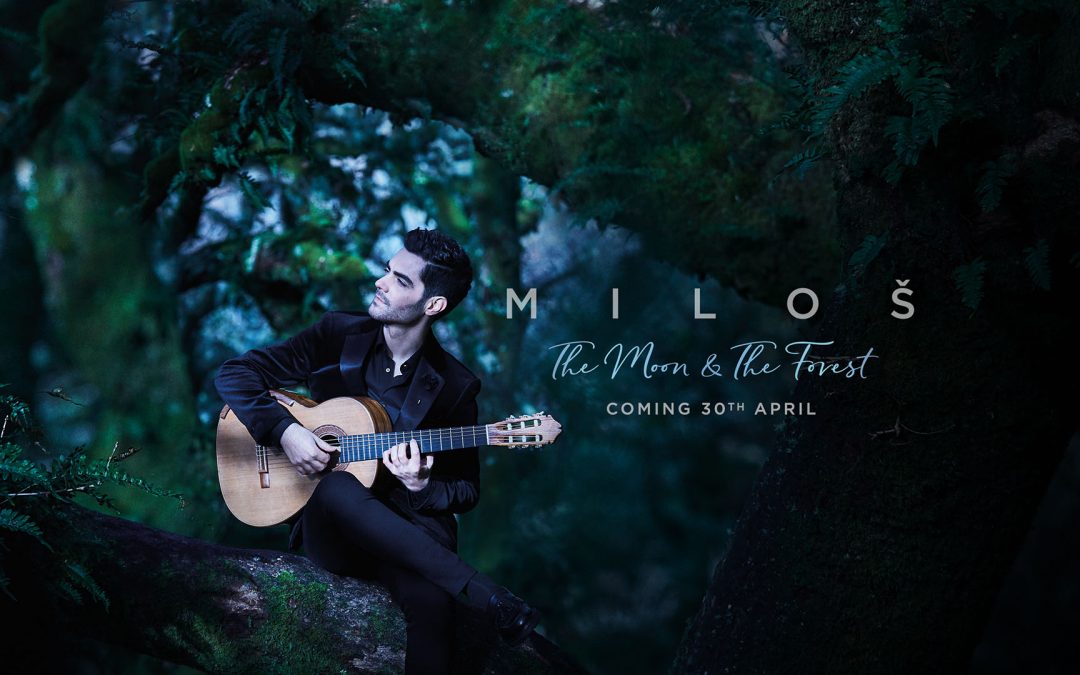 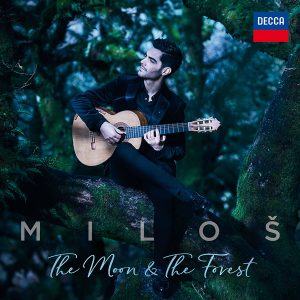 The Moon & The Forest, released on 30 April 2021 and available for pre-order now, features works for guitar and orchestra by award-winning composers Howard Shore (Lord of the Rings, The Departed) and Joby Talbot (The Hitchhiker’s Guide to the Galaxy, Winter’s Tale). Inspired by his now legendary artistry and unique personal heritage, both Shore and Talbot worked closely with MILOŠ in order to create two distinctive, groundbreaking scores.

MILOŠ says, “It has long been my wish to challenge composers to write for the classical guitar, particularly with regards to the concerto repertoire. For centuries, this instrument has touched many people around the world and yet its repertoire remains very much underrepresented in the classical mainstream. It is exactly this that inspired me to seek new ideas and approach Joby and Howard in the first place. The Moon & the Forest, with two brand new concertos that I adore and can humbly call my own, is my personal fairytale come true.”

Best known for his epic scores to the Lord of the Rings and Hobbit films, Howard Shore’s guitar concerto ‘The Forest’ partially deviates from his works on the screen, drawing instead from the symbiotic relationship between people and the earth. Montenegro and its dark forests have been an inspiration to Howard and MILOŠ from the beginning, when the work was first commissioned by Canada’s National Arts Centre.

Shore adds, “I too live in a place where I am encompassed by things that grow and bloom and fade. It is everchanging. It is always striving for equilibrium and harmony. I find this interconnectedness and interdependency inspiring. These are ideas I carry with me and are often the source from which I express my musical ideas.”

MILOŠ says, “The first time I heard the piece, I was moved by the honest simplicity of its harmonies, idiomatic writing and incredibly programmatic nature that makes you instantly dream up so many colours and sceneries in your head. The work is magical, just like the enchanted forest Howard wanted to paint with his unique musical brushstrokes.”

‘Ink Dark Moon’ received its world premiere at the 2018 BBC Proms at the Royal Albert Hall. Its dramatic orchestration and guitar writing aim to challenge the perceived notion of what a guitar concerto can and should be. The piece showcases a wealth of influences, shared between gentle, minimalist harmonies, edgy Balkan-inspired dance themes and Talbot’s own characteristically relentless rhythmic propulsions.

Taking its title from a collection of Japanese love poetry, the concerto very much places the guitar – and its soloist – at the very centre of proceedings. Cast in three movements that flow into one another, changes in mood and atmospheric timbre permeate the work, exploring sonorous landscapes that bring the vivid imagery to life.

MILOŠ remarks, “Ink Dark Moon is like a perfect symphony – there is no element of delicacy or virtuosity left untouched. Joby loves the guitar- he celebrates it and envelops its delicate voice with veils of sound and colour. The full power of the orchestration and guitar writing in the third movement breaks the glass ceiling of possibilities.”

To mark a decade of incredible music-making with Universal, MILOŠ’s new album cements his position as not only “the hottest guitarist in the world” (Sunday Times), but also a pioneer and innovator of contemporary guitar repertoire for the ages.