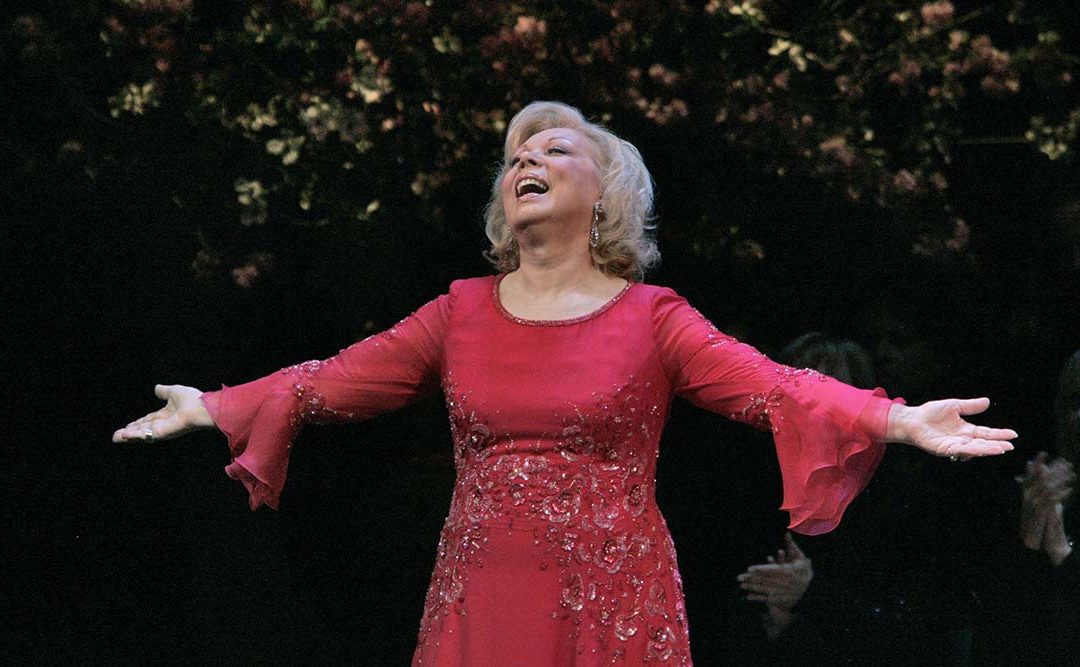 The passing of beloved Italian soprano Mirella Freni (aged 84) on 9 February 2020 after a long degenerative illness and a series of strokes was announced with profound sadness by Jack Mastroianni, her longtime manager at IMG Artists.  One of the great international artists of the last third of the twentieth century, Miss Freni passed away peacefully at her home in Modena, Italy surrounded by family — her daughter Micaela Magiera, grandchildren Gaia and Mattia Previdi, son-in-law Matteo Cuoghi, sister Marta, and longtime friend Fausta Mantovani. Originally married to Maestro Leoni Magiera, Freni had been married a second time for more than 30 years to the renowned Bulgarian bass Nicolai Ghiaurov who predeceased her in 2004.

Born in Modena on 27 February 1935, Miss Freni made her debut as Bizet’s Micaela on 3 March 1955. From the beginning of her career her vocal allure and spirited personality in the Mozart and bel canto repertory won favor with audiences and colleagues alike. It was serendipitous that La Scala brought Freni together with Herbert von Karajan for the 1963 premiere of the legendary Zeffirelli production of La Bohėme. In Freni, Karajan found his ideal “Mimi” as well as a kindred artistic spirit. Thus began a fruitful collaboration of more than twenty years during which period the Artist began to judiciously assume a heavier repertory, e.g. Verdi’s Otello, Requiem, Don Carlo, Boccanegra, Puccini’s Manon Lescaut as well as Tchaikovsky’s Onegin and Cilea’s Adriana. At the same time, “Mimi” remained her “signature role”.

Mirella Freni was ever known for her vocal discipline as well as her ability to say “no” rather than take a vocal risk — as when she declined Karajan’s invitation to sing the title role of Puccini’s Turandot.  As a result, Freni arrived to the fifth and last decade of her career fresh and eager to expand her repertory with Russian and verismo operas, such as Tchaikovsky’s Pique Dame and Maid of Orleans as well as Giordano’s Fedora.

Freni had the good fortune to perform on many occasions with tenors Plácido Domingo and Luciano Pavarotti and conductors Claudio Abbado, Carlos Kleiber, James Levine, Riccardo Muti, Seiji Ozawa, Giuseppe Sinopoli and Herbert von Karajan – among others.  A rich legacy of CDs and DVDs testifies to her artistry.

The Metropolitan Opera honored Mirella Freni with a Gala on May 15, 2005 celebrating her 40 years with the Company and 50 years since her operatic debut. The occasion served as Freni’s “unannounced farewell” to the stage.