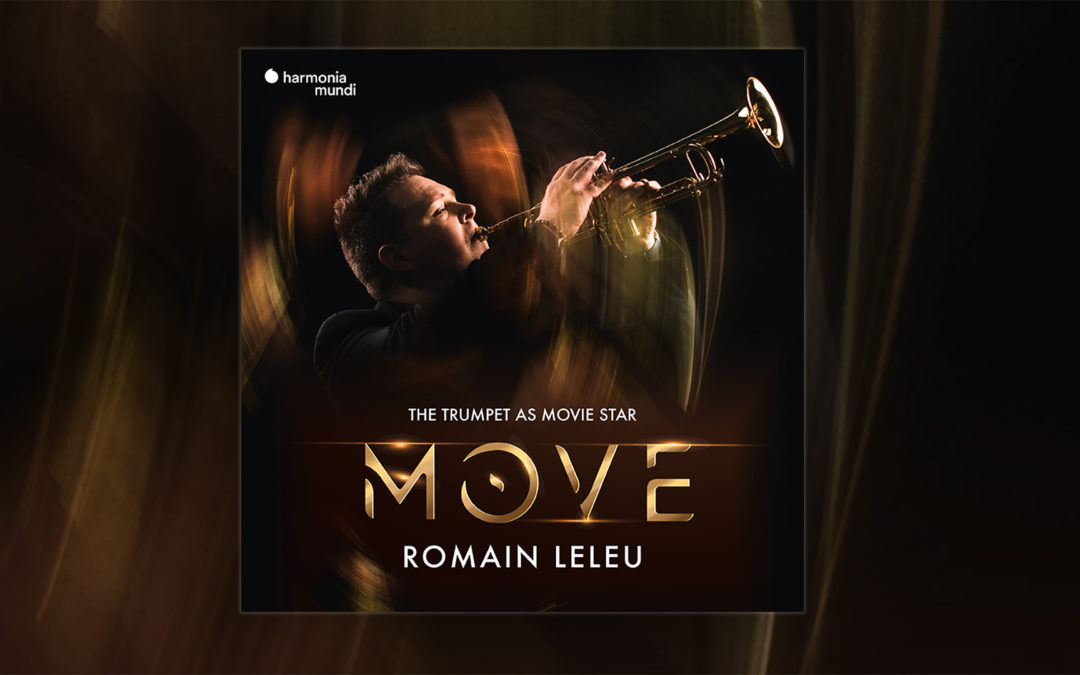 MOVE – The Trumpet as Movie Star, the thrilling new album from Romain Leleu, is out on Harmonia Mundi on 1 April. The album’s centrepiece is the world premiere recording of Baptiste Trotignon’s concerto, MOVE, for which Leleu is joined by Marcus Bosch conducting the Stuttgarter Philharmoniker. The work pays tribute to major composers of film music, whose iconic scores form the backdrop in the album.

In 2019, Leleu was inspired by filmmaker Betrand Tavernier saying, “a few musical notes can suffice to make a film come alive.” From here, the trumpeter approached this album as an “audiofilm” with a storyboard infused with some of cinema’s most striking trumpet solos.

Harmonia Mundi writes, “With stops to admire Nino Rota’s The Godfather and Ennio Morricone’s For a Fistful of Dollars, or Miles Davis’ Elevator to the Gallows and Michel Legrand’s The Young Girls of Rochefort, the trumpeter takes us on a cinematic journey in the company of stellar associates — Anne Paceo, Ibrahim Maalouf, Raphaël Imbert… — not forgetting his loyal cohorts in the Romain Leleu Sextet or the Stuttgart Philharmonic led by Marcus Bosch.”

Romain Leleu’s MOVE  The Trumpet as Movie Star is available for pre-order now, and will be in stores and online from 1 April.