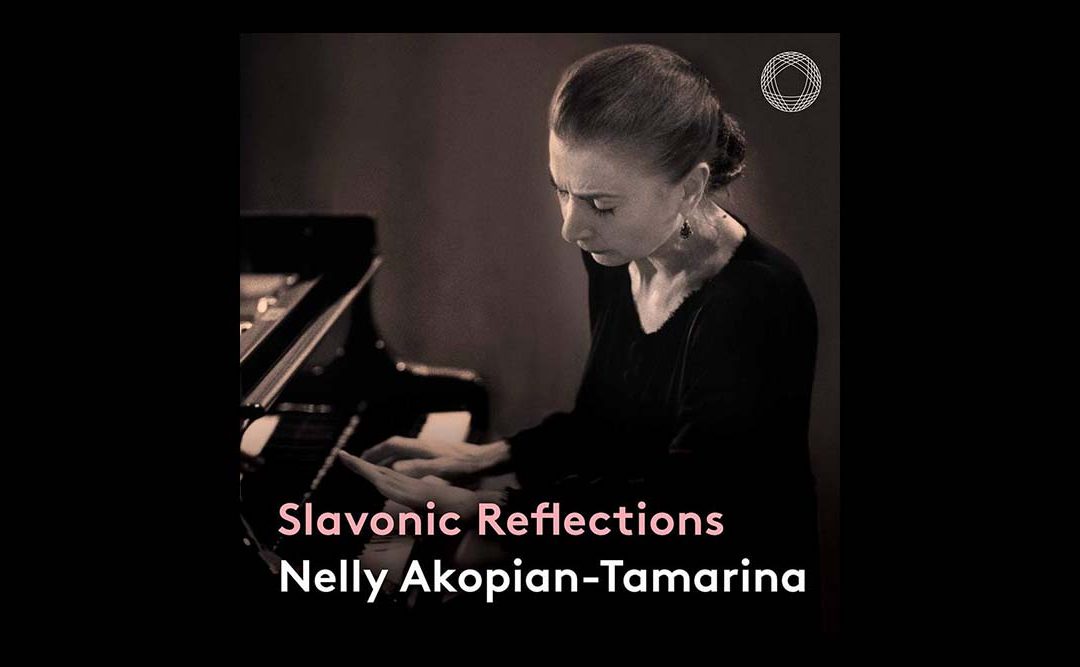 The album, recorded in recital at the Wigmore Hall, is a highly personal selection of piano music containing Mazurkas by Chopin and Janáček’s cycle In the Mists, as well as encores by Medtner and Liadov. The programme breathes a melancholic air of sadness, while simultaneously showing an equally Slavonic passion for dance and nature.

Nelly Akopian-Tamarina carries on an illustrious line of Russian Romanticism reaching back to Anton Rubinstein and Liszt; a connoisseur’s artist from a bygone era, excelling in repertory for which she has received the highest international recognition. Slavonic Reflections is her second PENTATONE release, after a 2017 Brahms album that The Guardian praised as “enchanting, intimate and irresistible”, while BBC Music Magazine describes it as “revelatory Brahms from another age”.

Born in Moscow, the Russian pianist Nelly Akopian-Tamarina carries on an illustrious line of Russian Romanticism reaching back to Anton Rubinstein and Liszt, a connoisseurs’ artist from a bygone era, excelling in repertory for which she has received the highest international recognition.

At the Moscow Central Music School she studied with Anaida Sumbatyan, and then at the Moscow Conservatoire she was one of the last students of the legendary Alexander Goldenweiser — friend of Rachmaninoff and Medtner — continuing later with Dmitri Bashkirov. As a student Nelly Akopian-Tamarina won the Gold Medal at the 1963 Zwickau Schumann International Competition. In 1974, succeeding Richter and Gilels, she was awarded the coveted Robert Schumann Prize. Formerly Soloist of the Moscow State Philharmonie, her early Soviet recordings for Melodiya – including Chopin’s Preludes Op 28 and the Schumann Piano Concerto with the Moscow Philharmonic Orchestra – are collectors’ items. Subsequently effaced from public life, obstructed in the Soviet Union from giving concerts, she turned to painting, her watercolours being exhibited in Moscow.

In 1983 Nelly Akopian-Tamarina made her London début at Queen Elizabeth Hall, playing Schumann and Chopin. During the nineties her commitments included an artistic consultancy at the Prague Conservatory, together with masterclasses at the Pálffy Palace. In October 2002, following an absence of twenty-five years, she was invited back to Russia, appearing in the Bolshoi Hall of the Moscow Conservatory.

Between 2008 and 2010 she gave an admired trilogy of recitals at Wigmore Hall, dedicated to Brahms, Schumann, Janáček and Chopin. Her post-Soviet accounts of the Schumann Fantasy and Brahms Op. 117 Intermezzi are available in Brilliant Classics’ Legendary Russian Pianists collection. Recorded in Snape Maltings, Aldeburgh, a Brahms album, featuring the Handel Variations and Ballades, was released by PENTATONE in 2017, drawing exceptional critical praise.