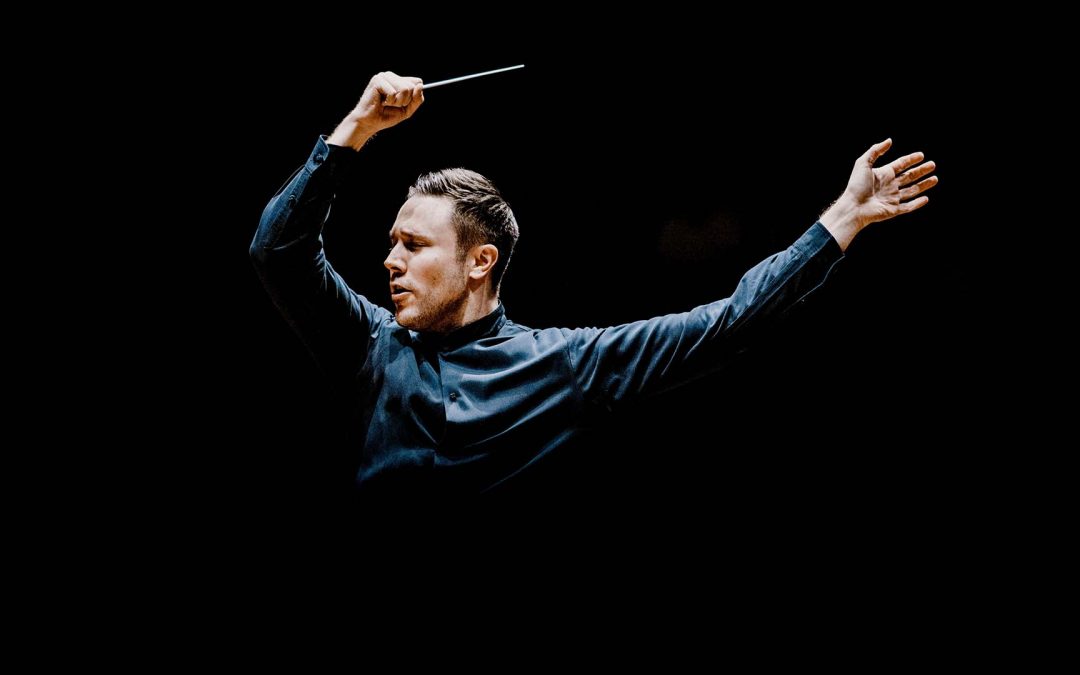 Roberto González-Monjas is named Chief Conductor of the Musikkollegium Winterthur. He will begin his initial 4-year tenure from the 2021/22 season.

Founded in 1629 as a music society, the Musikkollegium Winterthur became a professional orchestra in 1875. The orchestra is known for both its rich tradition and as a hub of contemporary creation and musical innovation. González-Monjas, who has held the position of First Concertmaster of the orchestra for 7 years, will join an impressive cohort of conducting luminaries including Franz Welser-Möst, Janos Fürst, Heinrich Schiff, Jac Van Steen, Douglas Boyd, and its current Chief Conductor, Thomas Zehetmair.

González-Monjas said: “For the past seven years, my work as a concertmaster of the Musikkollegium Winterthur has been much more than just ´a job`: it has been a place where I have been allowed to develop and become a better musician, an encouraging platform to explore my potential, and a musical home full of inspiring and intelligent musicians. The many opportunities I’ve received during these years have shaped me as a musician, and the support shown by many generous people over the years has enabled me to and pursue new challenges and dreams. I am beyond excited that our journey alongside each other will enter a new dimension starting in September 2021. I am in awe of the Musikkollegium Winterthur’s venerable history, its unique identity made up of both tradition and innovation, its permanent support of contemporary creation and its pursue of excellence and education. As its new Chief Conductor I will endeavour to honour our orchestra’s remarkable past while striving for a future filled with strong artistic vision, exciting collaborations, moving concert experiences and, above all, sheer joy of music making together.”

The Musikkollegium Winterthur’s history is woven into the magnificent tapestry of the European classical music. It has been a creative home for many of the genre’s giants including conductors Wilhelm Furtwängler, Fritz Busch, Joseph Keilberth. During the first half of the 20th century, Winterthur, thanks to Werner Reinhart’s dedicated support, became an inspiration for icons Richard Strauss, Paul Hindemith, Igor Stravinsky, Othmar Schoeck and Arnold Weber, each of whom composed music for the orchestra. The Musikkollegium Winterthur is known for its stimulating and versatile programming spanning from baroque style to world premieres and regularly collaborates with artists like Andras Schiff, Reinhard Goebel and Heinz Holliger.

A natural musical leader with strong vision and clarity, Roberto González-Monjas possesses a unique mixture of remarkable personal charisma, an abundance of energy, enthusiasm and fierce intelligence. Roberto is Chief Conductor and Artistic Advisor of Dalasinfoniettan and Artist in residence with Orquesta Sinfonica de Castilla y Leon in his hometown Valladolid. Until 2019 he also served as concertmaster of the Orchestra dell’Accademia Nazionale di Santa Cecilia in Rome

Passionate and dedicated to the education of emerging musicians, Roberto co-founded Iberacademy (Ibero-American Orchestral Academy) together with fellow conductor Alejandro Posada. This institution aims at creating an efficient and sustainable model of musical education in Latin America, focusing on vulnerable segments of the population and supporting highly talented young musicians; while based in Medellín (Colombia), it also operates in Bolivia, Perú, Chile and Cuba, providing its students with life-changing opportunities. Most recently Roberto embarked on a European tour with the Iberacademy Orchestra and star tenor Rolando Villazón, with concerts at the Lucerne Easter Festival and the Mozarteum Stiftung in Salzburg. Roberto also serves as a violin professor at the Guildhall School of Music & Drama