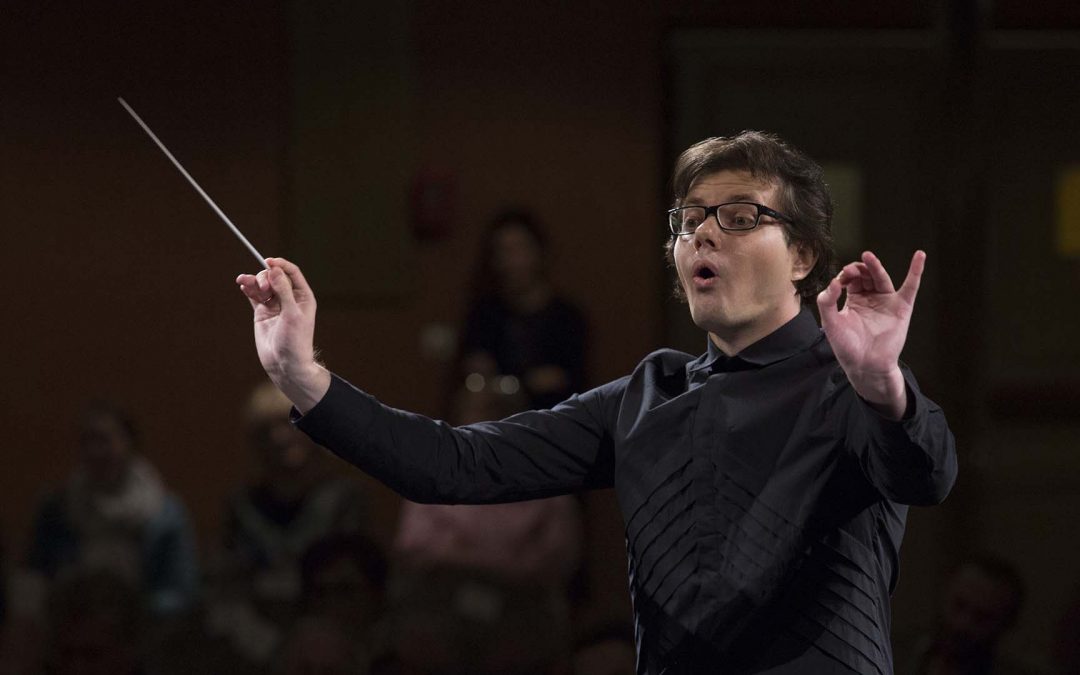 Following his notable success last year at his debut on the podium of the Prague National Theatre, leading the company’s striking and compelling production of Rodion Shchedrin’s opera Lolita, based on Nabokov’s celebrated and controversial masterpiece novel, Sergey Neller makes his debut this month conducting the same production at St Petersburg’s legendary Mariinsky Theatre, sharing the conducting duties for the run of performances with the theatre’s Music Director Valery Gergiev himself.

The work, premiered by the Royal Stockholm Opera in 1994 under the baton of Mstislav Rostropovich, has seen few revivals in its 25 years. This production, from Slovakian director Sláva Daubnerová, internationally renowned scenographer Boris Kudlička and costume designer Natalia Kitamikado, features a new version of the score reworked by young Russian composer Tatiana Juraszek under the guidance of Shchedrin himself, now in his 85th year.

Franz Kurznik, writing in Bachtrack, notes that “Shchedrinʼs brilliant score [is] a modern masterwork that almost precludes the need for clear dialogue and titles. Motifs define the characters, abrupt changes in mood and tone propel the story, inventive instrumentation (tenor saxophone, celesta and harpsichord, chimes, rattles, bongo drums) lends a fresh burnish, and occasional sonic effects, like a phone ringing, add moments of unexpected humor. […] Much of the credit for the eveningʼs success lay in the pit, where Russian-born German conductor Sergey Neller did a brilliant job drawing every note and nuance from the State Opera Orchestra, which is very good in the classical repertoire but not well-versed in modern music. The performance was so good that Shchedrin, in attendance for the premiere, went to the front of the stage after taking a few bows with the cast and made a point of encouraging extra applause for the musicians.”

Press from the Czech Republic and further afield was similarly positive:

NME’s Michael Ernst continues, “The powerful music of Rodion Shchedrin flooded the senses under the extremely intensive conducting of Sergey Neller in the well-known Estates Theatre [the place of Mozart’s Don Giovanni and La clemenza di Tito creations] and makes this traditional house with its picturesque architecture once again a place of modernity.”

Hailed as “enormously talented” by the Neue Zürcher Zeitung, the Russian-born German conductor Sergey Neller took second prize at the prestigious 2016 Gustav Mahler Conducting Competition hosted by the Bamberg Symphony. Recent highlights include debuts with the Ulster Orchestra, Verbier Festival Youth Orchestra, Philharmonie Zuidnederland, Szczecin Philharmonic Orchestra, Oulu Sinfonia, the Janacek Philharmonic Orchestra, and Nürnberger Symphoniker, where Neller directed Mozart’s Piano Concerto No. 25 from the piano, and conducted works by Tchaikovsky and Shostakovich. He also conducted a studio recording session of works by Shostakovich with the Bamberg Symphony Orchestra for the Bayerischer Rundfunk, and made his US debut with the Jacksonville Symphony, where he once again directed from the piano, this time in Mozart’s Piano Concerto No. 21, leading one review to describe him as “a remarkably talented artist”.