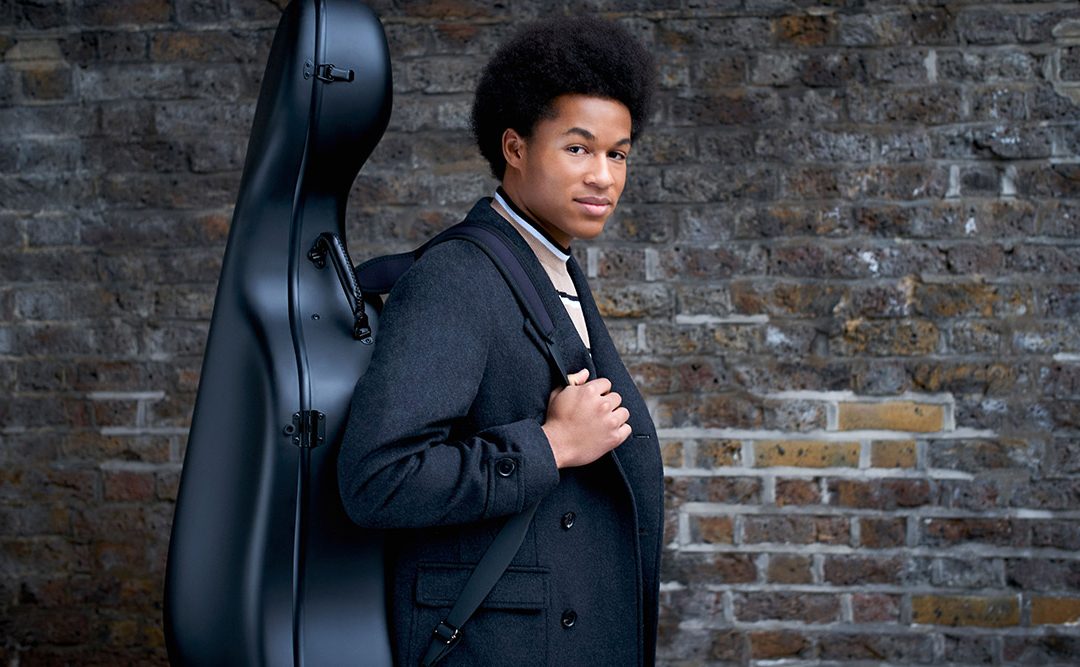 The award-winning cellist, a passionate advocate of music education and access to music in schools who was appointed MBE in the New Year’s Honours list, today launches album in his home town of Nottingham

FOLLOW THIS LINK TO LISTEN OR ORDER YOUR COPY!

The decade concluded on a phenomenal high for Britain’s most recognisable young classical artist, with the news that Sheku has been appointed Member of the British Empire (MBE) for services to music in the Queen’s New Year’s Honours list. On receiving the news, Sheku referenced how his own music education experiences have shaped his professional life, saying: “The love and enjoyment for this great art is something that should be available to everyone, regardless of background. I had incredible support from the state schools I attended in Nottingham where music was promoted for its value in developing listening skills, teamwork, self-expression and hard work.”Today, Sheku Kanneh-Mason celebrates the release of his new album ‘Elgar’ by returning to his home town of Nottingham for a very special launch event. Friends, family, teachers, colleagues and fans are poised to gather for a performance and signing from “the world’s new favourite cellist” (The Times) at Nottingham’s Royal Concert Hall.

Sheku’s album launch comes soon after the announcement that the government has pledged £85 million for music education hubs in 2020/21, giving children up and down the country the opportunity to participate in one-on-one music lessons, choirs and ensembles.

Gennaro Castaldo of record labels association the BPI said: “We are seeing renewed interest in classical fuelled by an exciting new wave of talent led by Sheku and enabled by increased access to music through streaming.  Despite his tender years, or perhaps because of his already incredible achievements at such a young age, Sheku is inspiring a new generation to explore and enjoy the genre, while his championing of music education will hopefully encourage many others to learn to play or to access music in schools and in the new government music hubs.”

Music education provision remains a topic close to Sheku’s heart; he was recently appointed Ambassador for inner-city music charity London Music Masters (LMM), having lead string workshops with local schoolchildren in his role as Junior Ambassador for the last three years. He also acts as Ambassador for Future Talent – a charity supporting young musicians from low-income backgrounds – and for type 1 diabetes charity JDRF.  As part of his extensive tour of the USA, which continues into 2020, Sheku directs sessions with students of different ages and abilities. Last year Sheku was presented with the 2019 PPL Classical Award at the O2 Silver Clef Awards, held on behalf of music therapy charity Nordoff Robbins, in recognition of his commitment to supporting accessible music education.

The album, released today on Decca Classics, includes the Elgar Cello Concerto – arguably the best-known work in the classical canon written for solo cello, which saw the 100th anniversary of its first performance in October 2019. Recorded at the famous Abbey Road Studios with the London Symphony Orchestra (LSO), and conducted by one of Sheku’s lifelong heroes, Sir Simon Rattle, the work is a statement of intent from the 20-year-old musician whose rise to prominence has taken nothing away from his ambition to continue evolving and learning as an artist. Sheku explains, “It’s how I feel about the music that really motivates me to work and discover and develop my own ideas – that’s what keeps me going.”

Sheku has set the iconic work amid nine exquisite pieces, some popular and some less well-known, which provide a musical context to the Cello Concerto. He explains: “All the pieces are connected, either exercising similar emotions to the Cello Concerto, or written around the same time.”

It has been a remarkable few years for Sheku. He continues to attend the Royal Academy of Music, where he balances international performing commitments with full-time study. Sheku won BBC Young Musician at the age of 17, and by his 19th birthday was performing at the wedding of Prince Harry and Meghan Markle, watched by 3 billion people around the world. Last year also saw the release of his Classical BRIT award-winning debut album ‘Inspiration’ which topped the Classical Album Chart and peaked at No.11 in the Official UK Album Chart, earning him a BRIT Certified Breakthrough Award. With over 60 million accumulative streams, Sheku has been named one of TIME Magazine’s Next Generation Leaders, evidence of his ability to cross musical boundaries and draw new audiences into the world of classical music.