Sing with The Swingles! Join the Stay at Home Choir 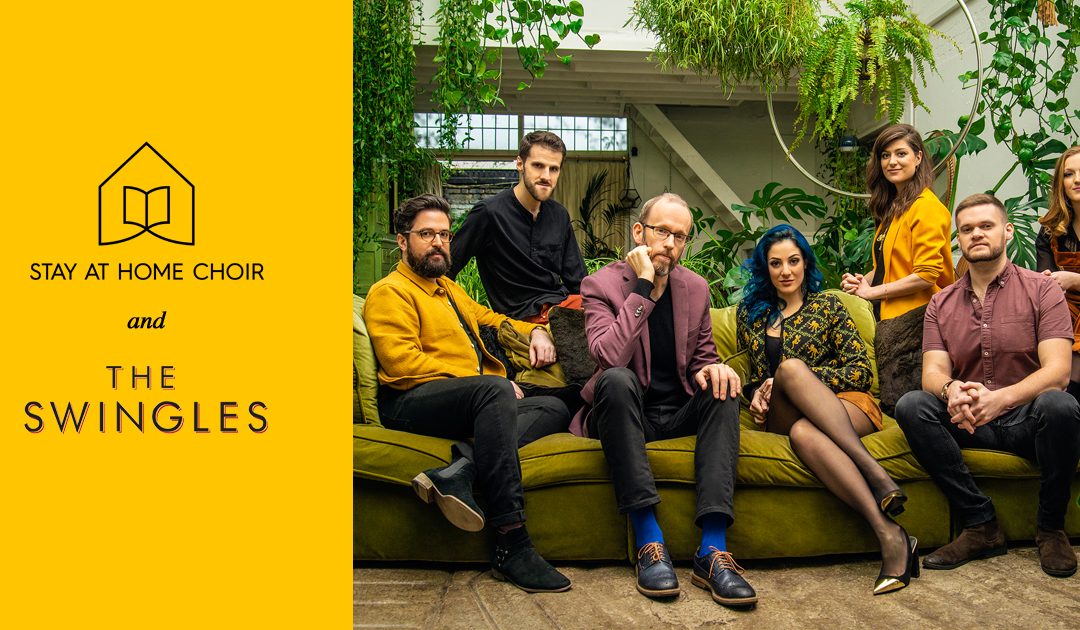 Grammy® award-winners The Swingles have been announced as the next guest star ensemble to sing with the Stay at Home Choir. The Stay at Home Choir, created by Tori Longdon and Jamie Wright, is designed to be a musical community that brings like-minded people together in a tricky and trying time. Through its online platform, Stay at Home Choir keeps some of the most amazing artists and ensembles in the world connected to the people who love their music.

For more than half a century, The Swingles have pushed the boundaries of vocal music. The seven young singers that make up today’s London-based group are driven by the same innovative spirit that has defined the five-time Grammy® winners since they first made waves in the 1960s. At a time when a cappella music is more popular than ever, The Swingles are recognised as masters of their craft.

The Swingles have appeared on numerous film and TV soundtracks, including The Two Popes, Sex and the City, Wedding Crashers and Glee. In 2017, they co-wrote and performed a song for the end credits of Alexander Payne’s film Downsizing. Their prolific output of music videos has also earned them millions of views online and new audiences around the world.

The group’s versatility has led to collaborations with artists as diverse as the Modern Jazz Quartet, Jamie Cullum and Labrinth. Luciano Berio was one of the first composers to explore the sound of the Swingles’ amplified voices in an orchestral setting with his groundbreaking Sinfonia, first performed in 1968. The group continue to perform the piece to great acclaim around the world, including recent performances at San Francisco’s Davies Symphony Hall with Michael Tilson Thomas, Milan’s La Scala with John Axelrod, and Vienna’s Konzerthaus with Marin Alsop.

In addition to a busy touring schedule that regularly takes them to North and South America, Europe, Asia and Australasia, The Swingles present their own London A Cappella Festival at Kings Place each January in partnership with Ikon Arts Management. The festival is the first of its kind in the capital, welcoming the finest vocal talent from around the world.

Don’t miss this rare and wonderful opportunity to sing The Swingles!