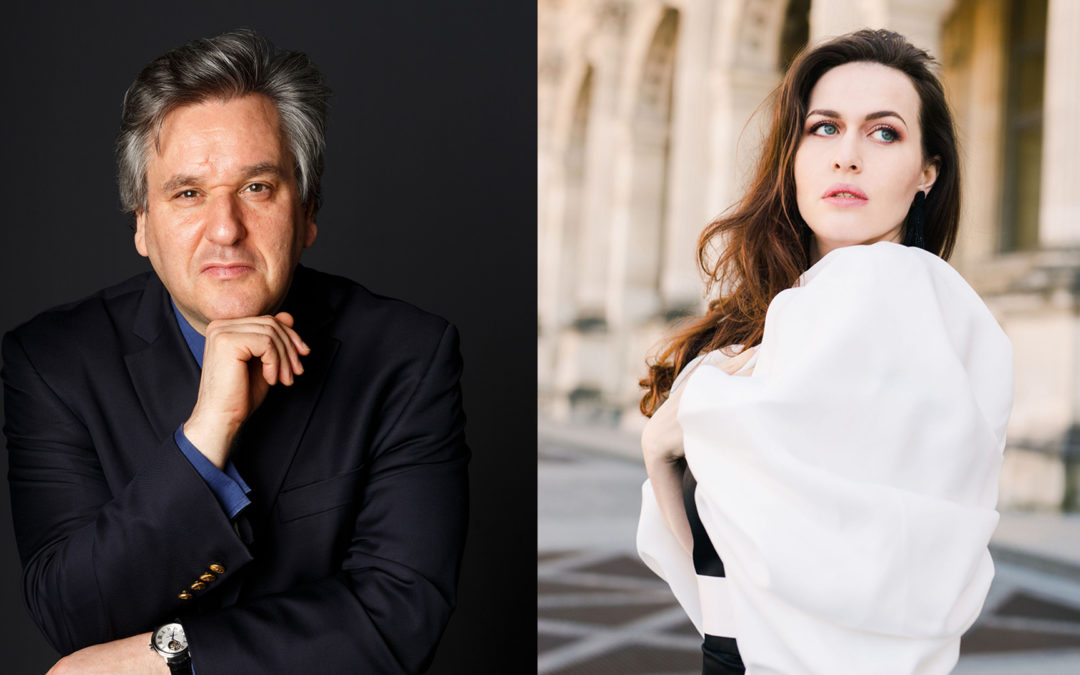 Royal Opera House writes, “Princess Aida has been kidnapped: a valuable prize in a war between Egypt and Ethiopia. Meanwhile, the ambitious soldier Radames wrestles with his feelings for her. As they draw closer together, each must make an agonising choice between their loyalty to home, and their love for each other.

One of today’s most sought-after conductors, acclaimed for his charismatic leadership and inspirational performances in both symphonic and operatic repertoire, Sir Antonio Pappano has been Music Director of the Royal Opera House Covent Garden since 2002, and Music Director of the Orchestra dell’Accademia Nazionale di Santa Cecilia in Rome since 2005. He will also be Chief Conductor of the London Symphony Orchestra from the 2024/2025 season, becoming Designate from the 2023/2024 season.

Pappano is in demand at the highest international level as a guest conductor with many of the world’s most prestigious musical institutions, including the Metropolitan Opera New York, the Berlin, Vienna, and New York Philharmonic Orchestras, the Royal Concertgebouw Orchestra, the Boston and Bavarian Radio Symphonies, Chamber Orchestra of Europe, and the Staatskapelle Dresden, and the Salzburg and Verbier Festivals.

Following spectacular debuts at the Paris and Metropolitan Operas and the Salzburg Festival, lirico-spinto soprano Elena Stikhina is making waves in the opera world. These last seasons she has triumphed at the Bayerische Staatsoper, the Berlin Staatsoper, Dresden Semperoper, Baden Baden Festspielhaus, Covent Garden, and La Scala.

Elena has attracted press reviews describing her singing as both miraculous and luminous, her presence as magnetic and her technique as superlative.

In addition to this production of Aida, forthcoming highlights includes her returns to Paris as Tosca, Zurich as Salomé and the Metropolitan Opera as Elsa (Lohengrin). She finishes the season in a new production of Aida in Munich.

2021/22 highlights included her return to the Metropolitan Opera and her debut at Covent Garden, singing Tosca in both places; debuts with Naples (Tatyana), the London Symphony Orchestra and Wiener Staatsoper; a new production of Salomé in Zurich; a new production of Pique Dame in Baden and Berlin with the Berlin Philharmonic Orchestra; and her return to the Salzburg festival to sing the title role of Aida.

Elena completed her studies at the Moscow State Conservatory in 2012 and gained international attention when she won first prize at the Competizione dell’Opera Linz in 2014 and then in 2016 by winning the Audience and Culturarte Prizes at Placido Domingo’s Competition “Operalia”.

For more information and to purchase tickets, please visit: roh.org.uk