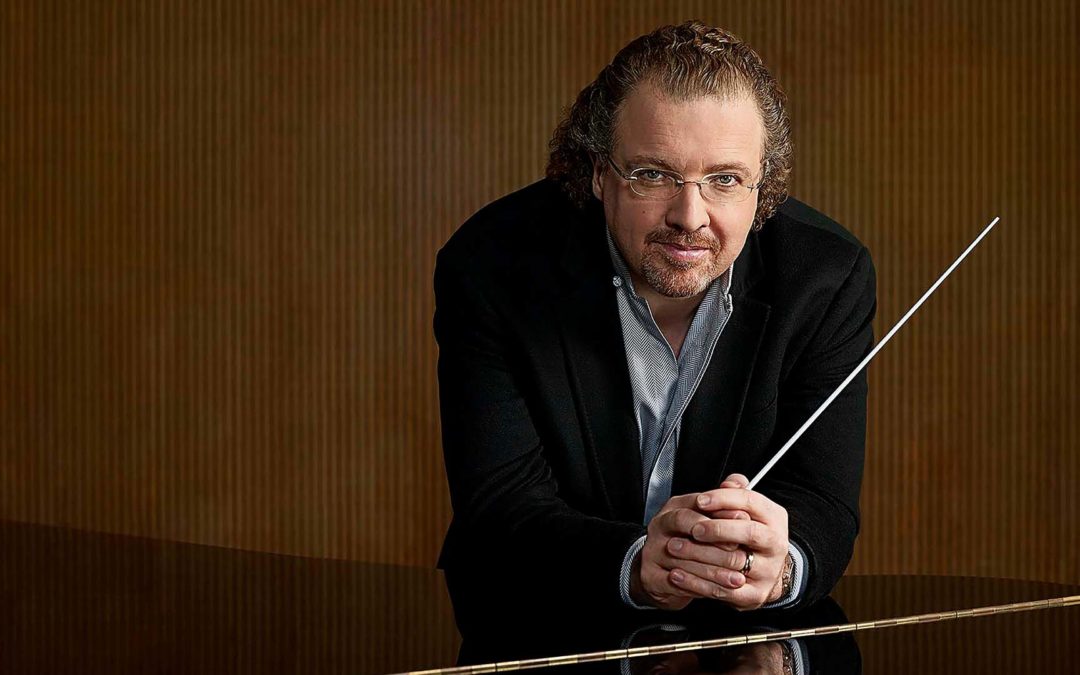 On 23 June, Stéphane Denève will conduct a star-studded evening of music in Washington, D.C., as America’s beloved composer, John Williams, turns 90. The gala concert is part of a three-day festival in June, hosted by The Kennedy Center and National Symphony Orchestra, that celebrates the five-time Academy Award® and 25-time Grammy Award® winner and 2004 Kennedy Center Honoree.

On June 23, Williams will be the guest of honor for the 90th Birthday Gala Concert, an all-star evening featuring the NSO and conducted by Stéphane Denève, and joined by frequent collaborators across his decades-long career. Special guests will include Yo-Yo Ma, Steven Spielberg, Anne-Sophie Mutter, and more. The 90th Birthday Gala Concert on June 23 also serves as a fundraiser for the NSO’s new endowment for music education, launched in honor of this special occasion. The festivities conclude with a performance of the 1993 Oscar®-winning epic film Jurassic Park on June 24, with Williams’s iconic musical score performed live to picture by the NSO. Audiences are invited to join for a special pre-concert Q&A with John Williams and Kennedy Center President Deborah F. Rutter.

NSO Executive Director Gary Ginstling said of John Williams’s impact on the American orchestral landscape, “John’s extraordinary music has transcended beyond its original use in film to become part of the orchestral repertoire. Of course, his music is thrilling as a film score, but it is equally at home in the concert hall, and has been embraced by generations of classical music fans and new audiences alike. We have programmed John’s iconic film scores side by side with his non-film music as we celebrate an incredible body of work by one of America’s favorite composers.

“Few people have been more influential in American music than John Williams,” said Kennedy Center President Deborah F. Rutter. “On a personal level, I have known John for nearly four decades and have had the good fortune of working with him in my roles at various orchestras across the country. I’m humbled by John’s enthusiasm to hold his 90th birthday celebration here at the Kennedy Center during our 50th anniversary season, and delighted that in celebrating him, we are also launching a new fund for music education—something about which John is incredibly passionate. He is a lifelong friend of musicians and a staunch advocate for music education at all ages.”

Funds raised through sponsorships of The 90th Birthday Gala Concert will support the NSO Music Education Endowment which will provide ongoing support for the NSO’s wide-ranging education programs, offered to students and children of all ages for free or at low-cost, at the Kennedy Center and in schools. NSO education programs impact approximately 44,000 children, families and up-and-coming musicians annually, including programs ranging from Young People’s Concerts for students in grades 3-8 around the metropolitan Washington D.C. region, NSO Family Concerts, the NSO Youth Fellowship Program for high school musicians seeking a career in music, in-school ensembles, and the NSO Summer Music Institute which attracts musicians ages 15-22 from around the world.