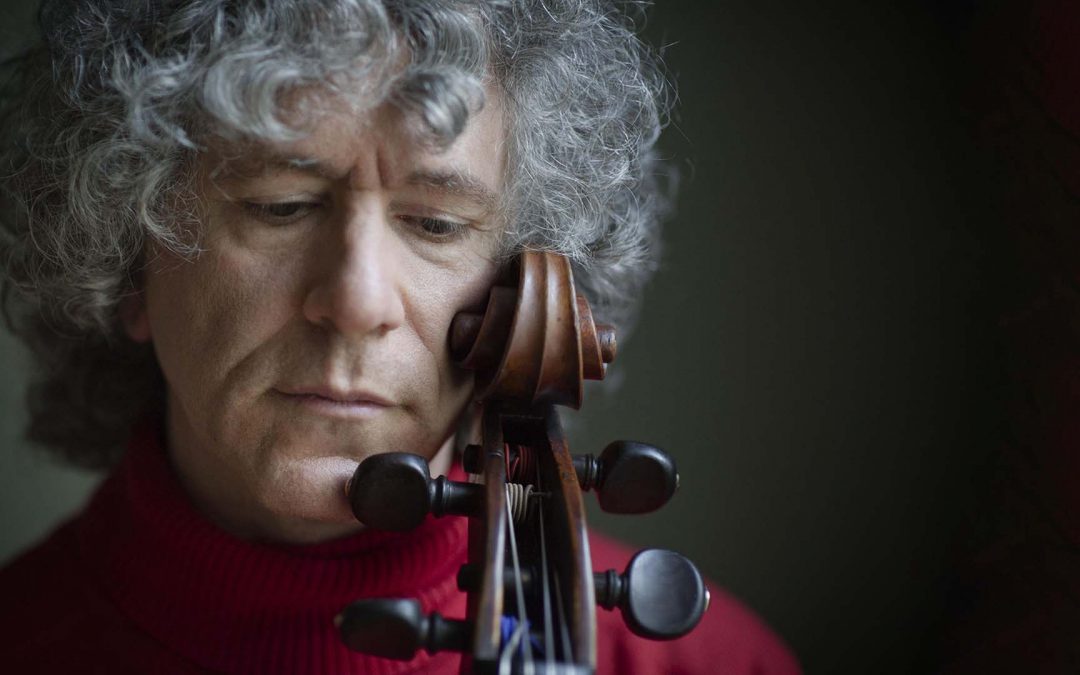 Steven Isserlis made a triumphant return to the Wigmore Hall stage on Monday, 8 June. Though the BBC Radio 3 Lunchtime concert in part honoured Robert Schumann’s 210th birthday, it was also a joyous celebration of the return of live performance as we begin to emerge into a new landscape. Isserlis performed with pianist Mishka Rushdie Momen in a programme of Beethoven’s Cello Sonata in F, Op. 5 No. 1; Robert Schumann’s 3 Romances Op. 94; Fauré’s Cello Sonata No. 1 in D minor, Op. 109; and Bach’s Ich ruf zu dir, Herr Jesu Christ BWV177 as the encore.

In his 5-star review, The Guardian’s Martin Kettle writes:

“Judging from his playing…the celebrated cellist was feeling like a musical prisoner savouring his first day of freedom. Everything about his recital with the pianist Mishka Rushdie Momen spoke of a performer carried away by a reunion with his instrument and his art.

“Even those who were only listening to the BBC rather than watching on YouTube or via the Wigmore website must have caught the beatific smiles that accompanied Isserlis’s joyful playing of Beethoven’s first cello sonata, Op 5 No 1. …It was as if Isserlis was discovering the cello’s expressive range all over again, from its long singing lines to its orgiastic gruffness.

“Isserlis is one of the concert platform’s great emoters, and he seemed at times perilously close to falling off his chair as he lived every bar of Fauré’s first cello sonata in D minor. It was, nevertheless, an ideal work for such a special occasion, a true journey from darkness to light, with playing of lustrous tonal subtlety. Schumann’s three Romances Op 94, played in between the two sonatas, found both Isserlis and Rushdie Momen in more reflective mood, with delicately matched interplay between piano and cello and nothing overstated.”

“[The concert] featured that treasurable cellist Steven Isserlis, in a cleverly balanced programme that sandwiched Schumann’s dreamy Three Romances between hefty masterworks from Beethoven and Fauré. Isserlis looks more and more like a venerable tousle-haired saint from a Renaissance altarpiece, gazing upwards to heaven as he coaxes that special Isserlis tone of husky intimacy from his cello.

“His accompanist Mishka Rushdie Momen was by contrast completely inscrutable, but in fact she was every bit as expressive and intelligent as he. In the first piece, Beethoven’s early and self-consciously flashy first Cello Sonata, both players had to leap straight into flamboyantly virtuoso mode …

“‘Innig” – ‘inward’ – is the quality Schumann specifically asks for in the second of his Three Romances, which came next. He also marks the piece ‘einfach’ – ‘simple’ – and the combination of folk-like simplicity and romantic introversion is very hard to bring it off. But these two managed it wonderfully, making it seem as if the piece were really a song in disguise. That was even truer of the third piece, which felt like a poetic effusion in notes.”

Neil Fischer, in his 4-star review for The Times, notes:

“Isserlis brought out all of the [middle movement of Fauré’s Cello Sonata’s] intimate tenderness. Comparisons between the cello and the human voice are so common as to be virtually a cliché, but Isserlis is very, very good at creating unspoken words to guide the listener.

“The concert had begun with invigorating Beethoven, the early Cello Sonata in F, which Isserlis dispatched with plenty of youthful impetuosity, his gut strings providing the necessary grit. …Many treasurable moments included the sudden, ethereal adagio that Beethoven hurls in during the first-movement coda — a brief glimpse into the composer’s visionary road ahead.”

Watch at wigmore-hall.org.uk  and listen on BBC Radio 3 through 8 July.