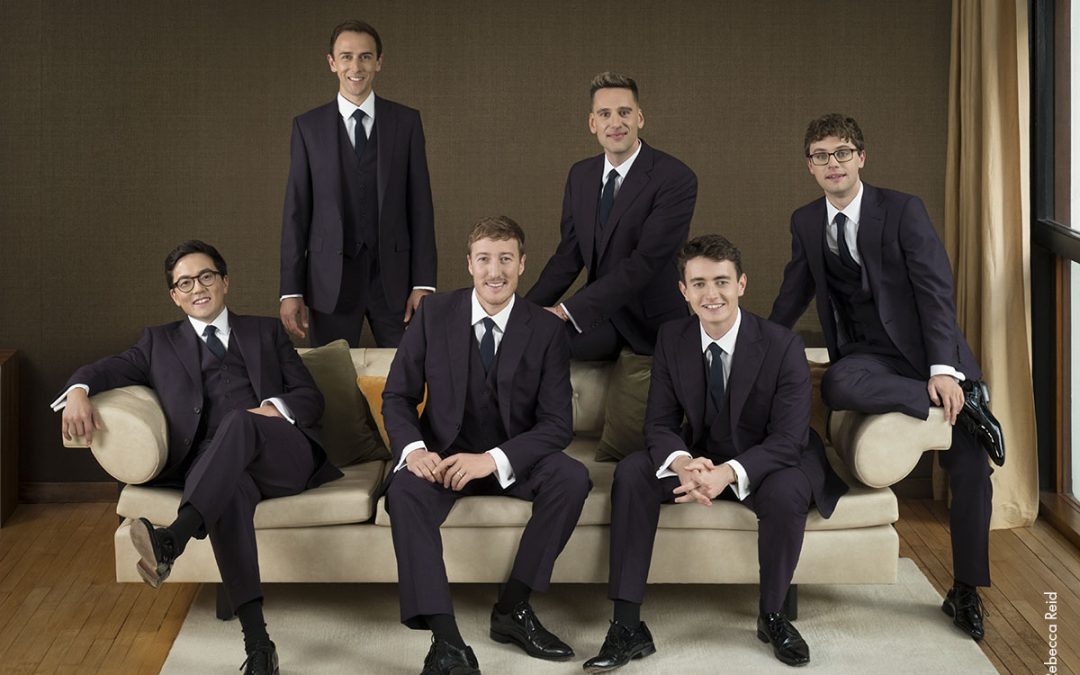 The King’s Singers have been named one of 20 for 20: Artists to Watch in 2020 by New York’s WQXR. Clemency Burton-Hill, the Creative Director of Music & Arts, New York Public Radio, writes that the 20 for 20 programme is, “about embarking on a musical adventure with these sensationally gifted artists.”

“Founded in 1968 by a sextet of choral scholars at King’s College, Cambridge, the two-time Grammy Award-winning ensemble marked its Gold Anniversary in 2018 by releasing a luxury box set and several sets of themed discs tracing its 50-year history. In the year ahead, The King’s Singers take us on a musical journey of how we got here — as in, this exact moment in human history. The Finding Harmony project, comprising both an album and an ambitious tour schedule, includes a number of songs from around the world that in some way challenged the status quo. After all, it’s not every day that you’ll get “A Mighty Fortress Is Our God” and “Strange Fruit” billed on the same program. And the point of grouping all of these pieces together? A search for unity. These are songs, after all, that were written to bring people together, and it is The King’s Singers’ hope that finding that musical harmony translates into a geopolitical one as well.”

Tune in to WQXR on 105.9 in the New York area, or stream live on www.wqxr.org throughout the year to hear exclusive podcasts and performances from The King’s Singers.